Meet the artist behind The World's Smallest Portfolio

Two weeks ago, jelly London set D&AD New Blood Festival-goers a brief entitled Making Your Mark. The aim of the brief was to get students promoting themselves and to get their work noticed.

jelly received so many great submissions, but one really managed to stand out from the crowd... Which is ironic, considering you needed a magnifying glass to see it.

Meet Michael Lester, the winner of jelly’s Making Your Mark brief submission and the creator of The World’s Smallest Portfolio. 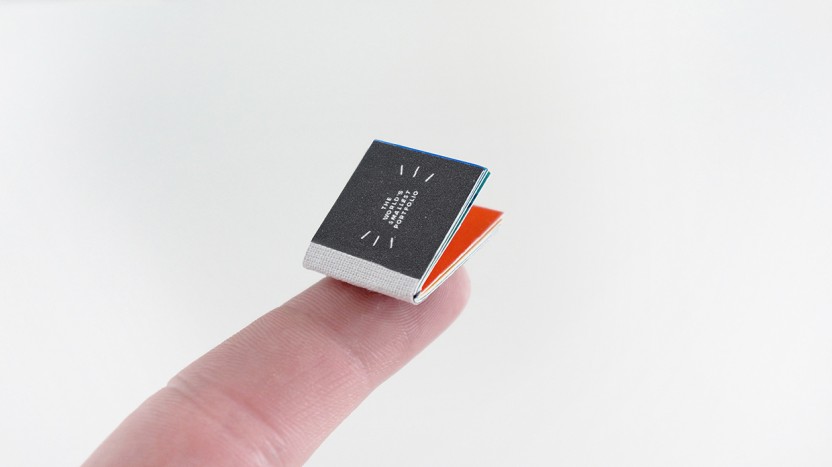 Michael’s teeny, tiny portfolio went viral overnight and has now been seen over 6,000 times on popular creative site Behance. It was immediately picked up by various other creative platforms like Design Taxi, and shared over and over again on social media sites.

jelly were so impressed by Michael’s efforts, that after meeting him at our D&AD New Blood Festival talk #MakingYourMark, they decided to find out more about him and his fantastic submission. 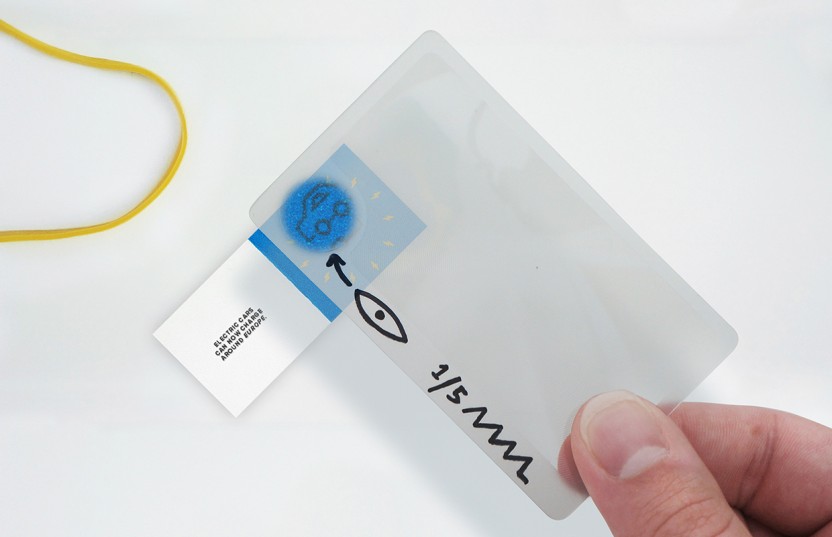 Tell us about your approach to the jelly brief, Michael.
I was asked to get people talking about myself and my work... Before trying to achieve that, I wanted to ask a deeper question - What was it about my work that I wanted people to talk about? For me, ideas have always come before style, so to communicate that I was an ideas-driven visual communicator I decided to shrink my portfolio, in size and content, leaving just a tiny book of visual ideas.

I took some old work, some new work, and some in between work, reducing each piece to just one image and one sentence. The whole thing was documented and tiny packages were sent off to some of my favourite agencies, complete with mini hand-signed magnifying cards.

After all that hard work, how does it feel to win jelly’s D&AD Making Your Mark brief submission?
Amazing! It was a great brief and without it I wouldn’t have stretched my brain and come up with the idea, so thank you for the amazing opportunity!

Your World’s Smallest Portfolio has had over 6k views on Behance. Did you ever expect to receive this much exposure?
Not at all! I think with every project you have to focus on just making great work that you’re happy with, and if you tick those boxes anything could happen. I think it really helped that it had a snappy title and a key visual of the tiny portfolio being held up, it made it easily shareable and I think I will keep that in mind for the future.

What inspired you to create the World’s Smallest Portfolio?
I knew I wanted to make something that highlighted the conceptual side of my illustrations. It’s easy to show your style because that’s the first thing people see and it’s hard to miss, but I wanted to find a way to draw people to the ideas. From that challenge came the idea to reduce my portfolio and see how small I could make it while still getting a real sense of who I was as a designer. It also meant being really selective over which pieces could go in and still do their job being that tiny, which was a bit of an eye opener and a good way of testing my work to see which ideas were strongest.

Do you feel that you’ve “made your mark” on the world?
I definitely feel I’ve communicated a little something about myself that wouldn’t have been possible by doing something more traditional. What’s great is that, although it’s a project on its own, it’s still a portfolio, so it opens the door to the rest of my work. Which hopefully people will enjoy and remember me for.

What’s the next step?
Right now I’m trying to build up my freelance workload and focus on more work with ideas (surprise surprise!) I’m also really trying to develop my animation skills which is quite exciting, I have dabbled with GIFs for a while but I really want to sharpen my skills up for bigger things in that department.