Behind the Idea: Amstel opens Arms for Neighbours' Week

Today marks the start of national Neighbours’ Week in the UK, an awareness week set up to encourage more interaction in local communities.

To support the cause, beer brand Amstel opened a pop-up pub overlooking London’s Tower Bridge last week offering drinks and unique shared moments on the banks of the River Thames.

Below, Nic Casby, brand director at Heineken UK, offers insight on the experience and urges the nation to channel the social spirit this week.

Why did Amstel want to do something for national Neighbours’ Week?

There is a Dutch saying – ‘a good neighbour is as good as a faraway friend’ - and after finding that over half of Brits don’t know their neighbour’s name and only four in 10 feel connected to their local community, we believed Amstel had a role to play in creating a greater sense of community and feeling of togetherness. 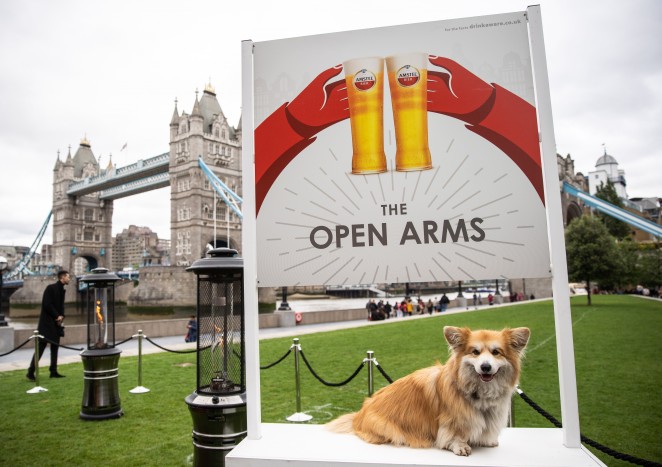 Tell us about the production and how the pub concept came to fruition?

This follows our recent TV advertising campaign that saw Hollywood legend, Jeff Bridges become a human bridge and encourage people to come together and connect over a bier. Both our new TV commercial and Neighbours’ Week encapsulate Amstel’s brand values and demonstrate why life is more interesting and rewarding when we come together and strive to bridge those gaps that would otherwise keep us apart.

The Open Arms kicks off Neighbours’ Week and we worked with Dutch architect Denis Oudendijk, who specialises on reconnecting people and materials to explore the possibility of using everyday materials that link neighbours together to create a first-of-its-kind pub. With everyday garden fences acting as a barrier between two houses, we thought what better way than to repurpose these and bring people together? 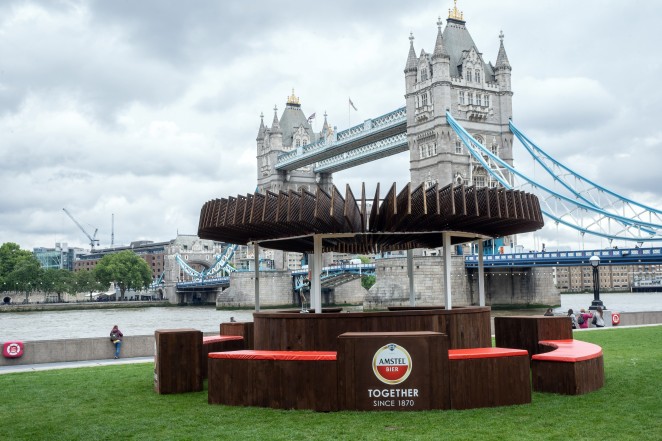 How did you choose the architect, and did he present many designs to you before you approved?

The Dutch artist, Denis Oudendijk is head designer at REFUNC, where he specialises on reconnecting people and materials. As a brand that champions bringing people together, the partnership was a natural fit as the installation is a symbol of togetherness and encourages neighbours across the country to get to know one another at their local pub during Neighbours’ Week. 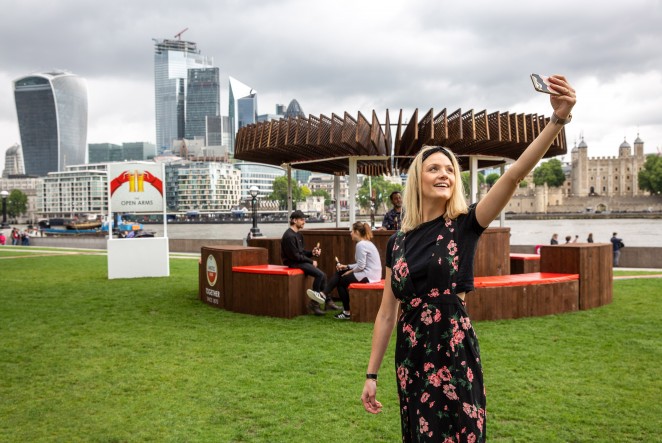 Why was Tower Bridge the right location?

It’s an iconic location that is accessible for Londoners with one of the most famous bridges as the backdrop. This provides a nice connection to our TVC campaign Bridges on Bridges. 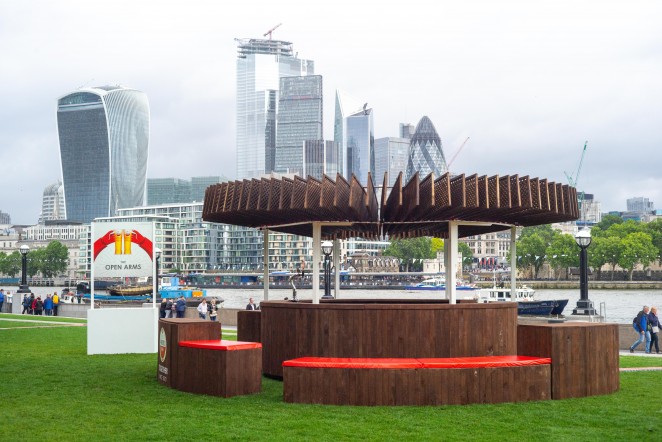 Was inspiration also taken from the recent spot that saw Jeff Bridges become a human bridge?

Yes, the TV commercial is all about bridging those gaps that would otherwise keep us apart and this campaign goes back to the heart of the community by encouraging people to connect with their neighbours that they would otherwise not know. 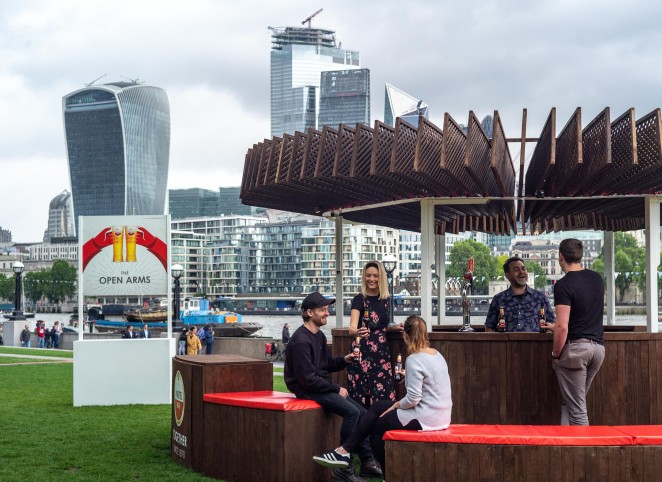 What do you hope people took away from the experience?

We hope we inspired people to get down to their local and take part in a Neighbours’ Week celebration. I’m planning to head down to my local in Harpenden!

Amstel has always been about fostering new friendships and we hope this nationwide campaign will remind people of the benefits of connecting with your local community and encourage them to come together at their local during Neighbours’ Week and beyond. 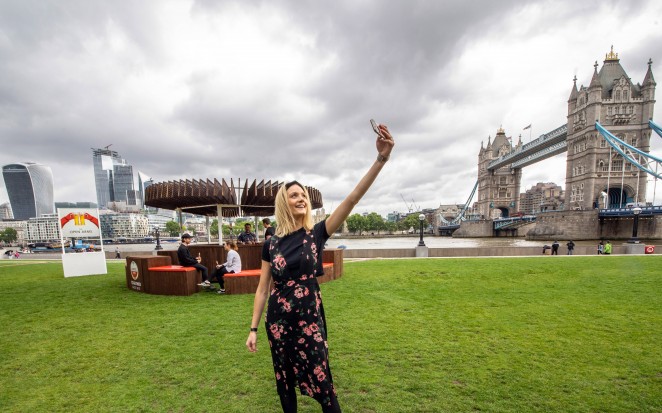 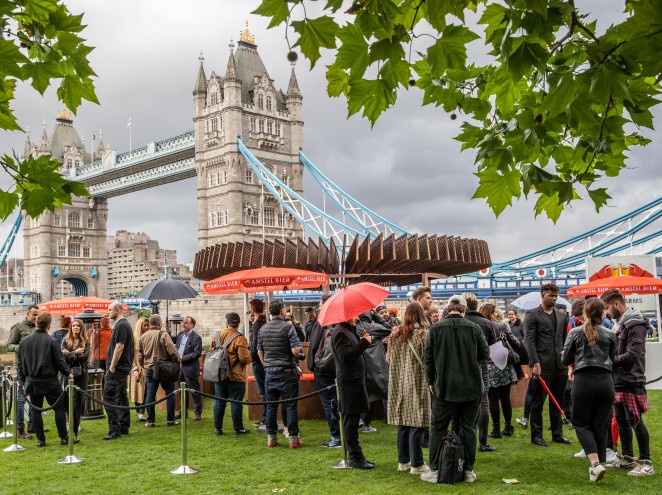 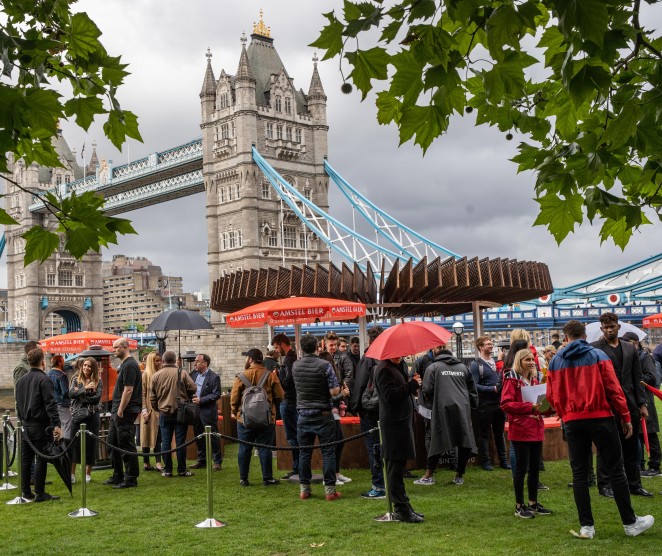 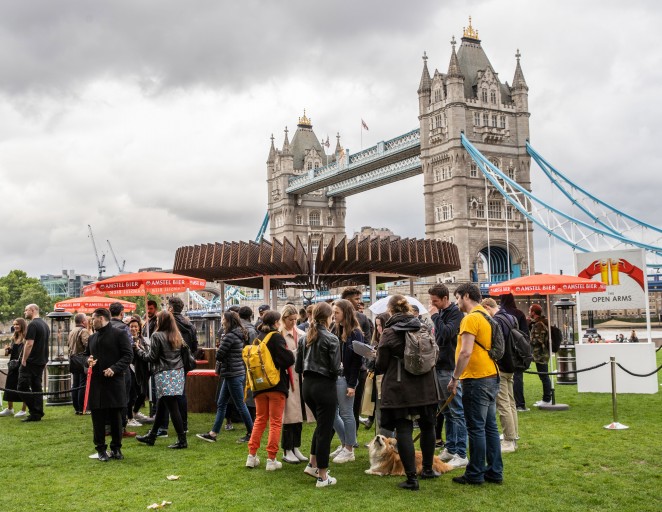 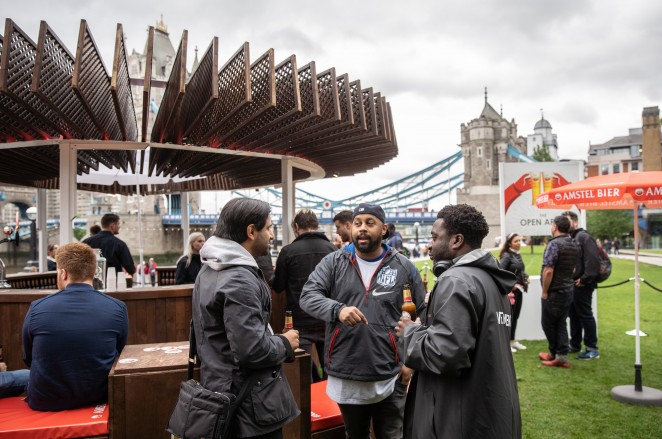