The Spark of Creativity in Easy Animal Studio

It took us long enough to finally get through to Easy Animal Studio for our Company Spotlights, but we've been eager to talk about this lovely and crazy bunch for every second of that long wait.

The best thing about creativity is that you often don't know that you want to be a creative for the rest of your life until something happens that makes you fall in love with the industry. This is precisely what happened to Martin Stacey and Neil Gittins, two creative partners, two friends who met each other by chance and have been working together ever since. Sometimes, all you need is just the right nudge from the right person.

And here they are: a small animation studio loaded with creative energy, run by just two friends who could never get tired of working on creative projects together. For this Company Spotlight, we've had the rare chance to speak with a passionate creative who is just as much in love with his company as he is with creativity as a whole. You can hear out co-founder Martin below. 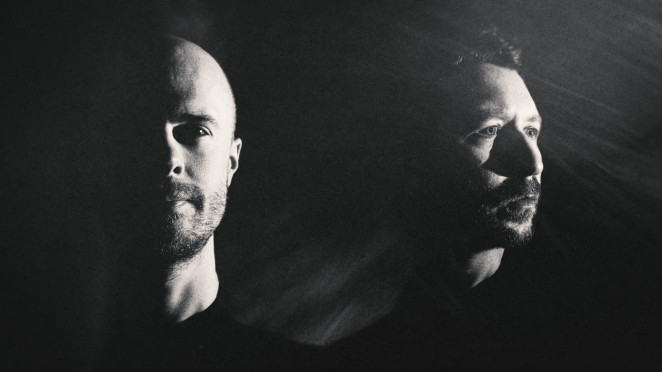 For as long as I can remember I’ve loved creating things. When I was a kid I’d always be in my bedroom drawing or making radio shows. Being creative was all I ever really wanted to do. When I was 11 years old my parents bought me an Amiga 500 computer and on one floppy disk was a program called Deluxe Paint IV. That's where I first discovered the power (all 7MHz!!!) of drawing on a computer. Deluxe Paint had an animation feature, and from that point on I’d spend all my time painting little animations pixel by pixel. It was great!

In my teens, I managed to save up enough money to buy a second-hand camcorder, and with a group of friends, we set about ripping off all the films we loved at the time. I’d edit them with two old VHS recorders, and dub on music and sound effects. I’d also crack out the old Amiga 500 every now and again to make the titles.

I went to University to study Illustration and after a disappointing first year trying to be an “artist”, I managed to buy a DV camcorder and started making animations again with Photoshop and After Effects. All of a sudden something clicked and it felt like everything came together.

All of a sudden it felt like everything came together

At the same time, there was a late-night tv show on Channel4 called Onedottv, all about motion graphics, which I instantly became obsessed with. Creative Review started releasing a DVD of all the best animation from that year, so along with Onedottv, I started to build a list of my favourite work and studios. After graduating, I sent my (VHS!) showreel to everyone on my wish list, and that resulted in getting the opportunity to work at some of those dream studios like Why Not Associates and Passion Pictures. I can trace almost every opportunity I’ve had back to those initial breaks. 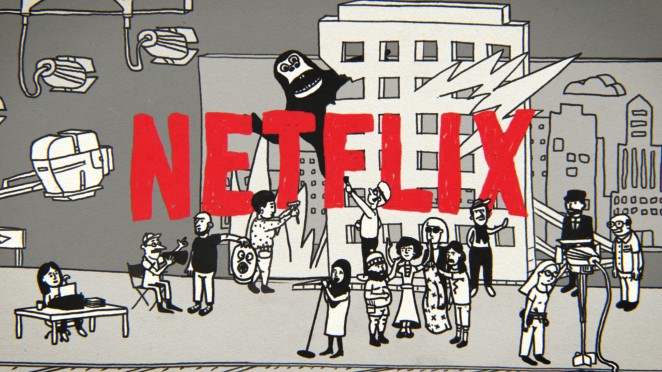 Where is the team you based now?

I'm in the UK in South London, and Neil's in Vilnius, Lithuania. We met 8 years ago when we were working on animated content for the London 2012 Olympics Ceremonies, and realised we were kindred spirits. Neil moved to Vilnius and became a dad, but we knew our working relationship was something special so we decided to create Easy Animal. Since then we’ve been fortunate enough to work with some amazing clients like Netflix, The School of Life, and BBC. 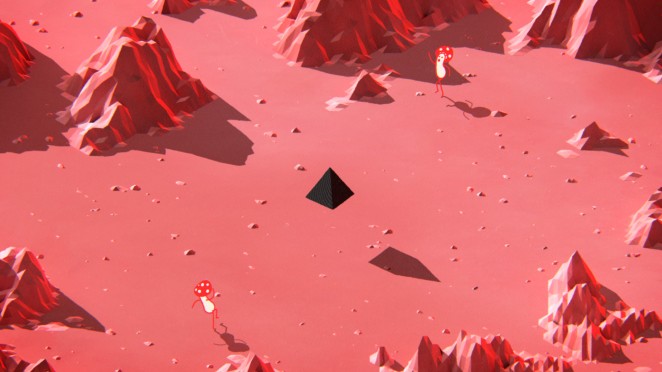 I think I would have tried my best to be in another creative industry as I'm not sure I would have survived in any other job. I do get a perverse pleasure setting up computers and figuring out the technical side of projects, so maybe I could have also been a frustrated IT guy. 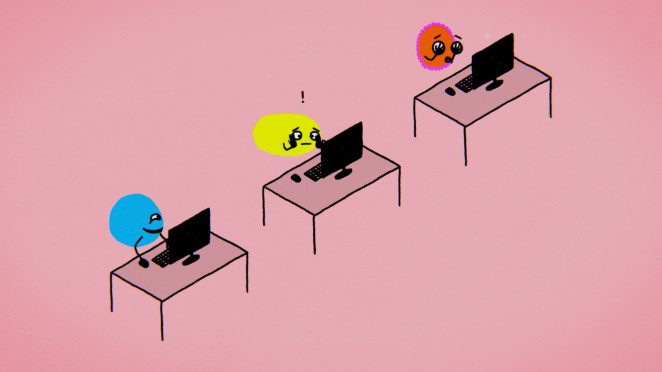 One of the most awesome things about being in a creative partnership is that when myself and Neil work together, it feels like something bigger than ourselves has taken over. We try to go with that flow state as much as possible. It’s mind-blowing how ideas can build in this way, with neither of us quite knowing how we got there. 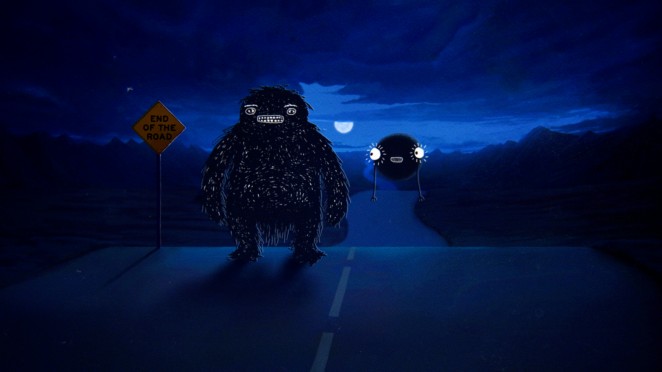 We do love our Macs, although it’s important to us that we keep the energy and soul of working outside the computer. And technology has made it possible for me and Neil to work together even though we’re thousands of miles apart. It’s so exciting that technology is opening up opportunities to work wherever we choose to be. 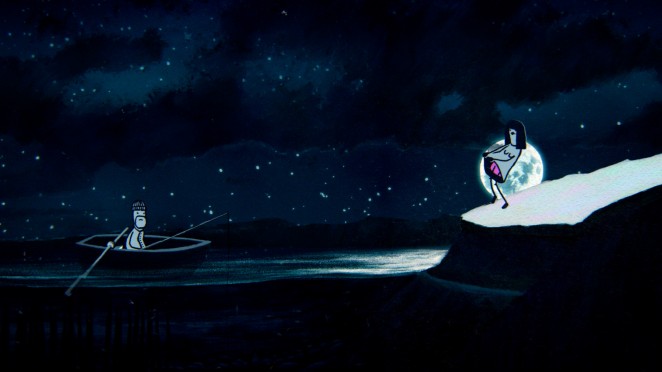 I’ve never needed help being motivated. I love what I do, and there’s nothing I’d rather be doing. I’m constantly inspired by all the incredible work that other people create, and it’s so exciting to see something new and have the feeling that “I wanna do that!”. It’s the same feeling I’ve had since I was a kid. 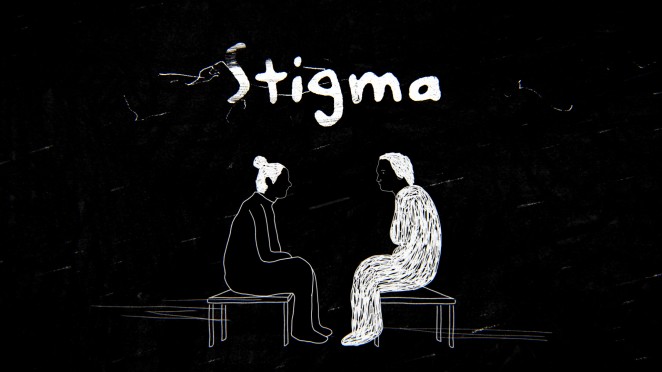 I think building Easy Animal has been a great achievement. From those first few School of Life projects to working with Netflix and the BBC, I’m really proud of us.

If I’m completely honest I’d say watching TV, which is definitely a guilty pleasure, although having a young son means I don’t get to watch much besides Peppa Pig.
As I’ve grown older, yoga and meditation have become more and more important to me for the balance they bring into my life. 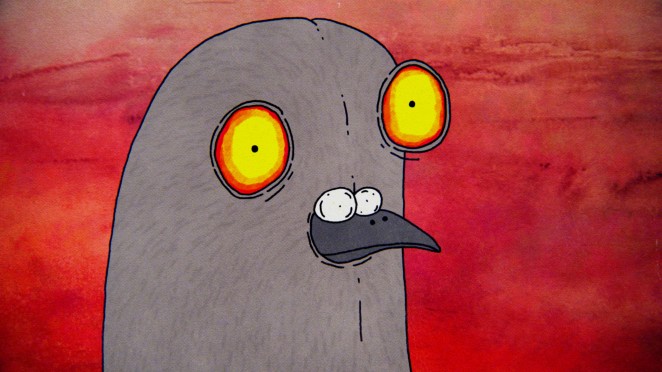 Say yes to every opportunity when you’re starting out. It really is a matter of being in the right place at the right time. Also never stop. The successful people are the ones that just keep making work, no matter what. 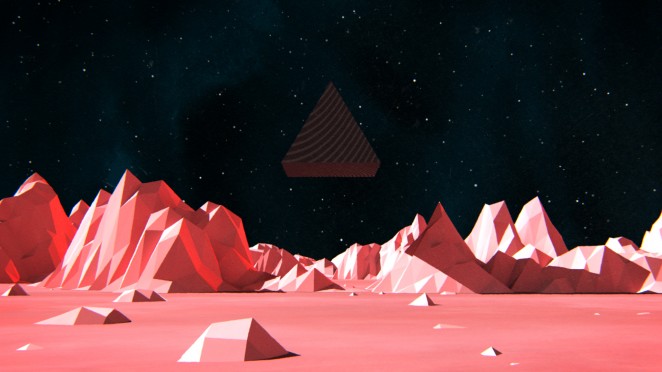 I think just making it easier to connect people. Whether it’s with clients, or other artists, writers, musicians, etc to collaborate with. There’s so much potential out there but we’re all so isolated in our own fields, or even own group of friends. I’m really hopeful Creativepool is the answer to that!