We hear from a lot of photographers, artists and designers here at Creativepool but rarely do we get the chance to sit down with a cinematographer. So we jumped at the chance when the Barcelona-based freelancer Alex Pérez came knocking.

Alex sells himself as an individual voice that “tries to listen carefully to find the right visual style for the project according to what the director has in mind for the story.” Throughout his career he’s worked on commercials, documentaries, promo videos and everything in between but his style remains both adaptable and consistent. But enough of our spiel, let’s put the member spotlight on him and see what he has to say for himself. 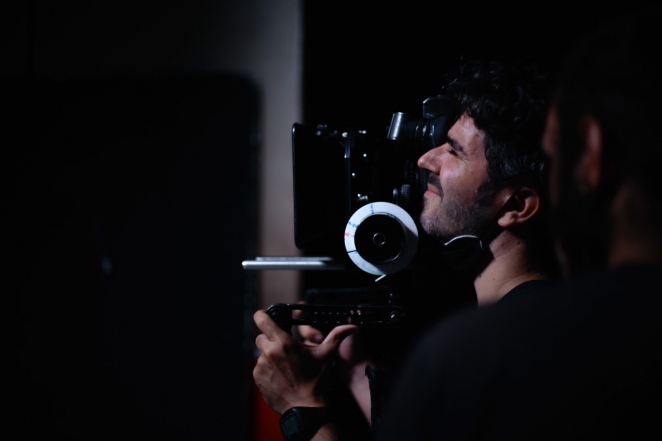 I started back in 2011 as an outdoor cameraman working for a local TV channel. From there, I started doing corporate work for a few years before moving into commercials, documentary and fashion films. Currently I’m trying to move into more narrative stuff.

I’m based in Barcelona (Spain) but I’m available to work worldwide. I usually work for end clients, agencies, production companies or anyone with a vision and a nice story to tell. I’m always open to new opportunities that may come up. 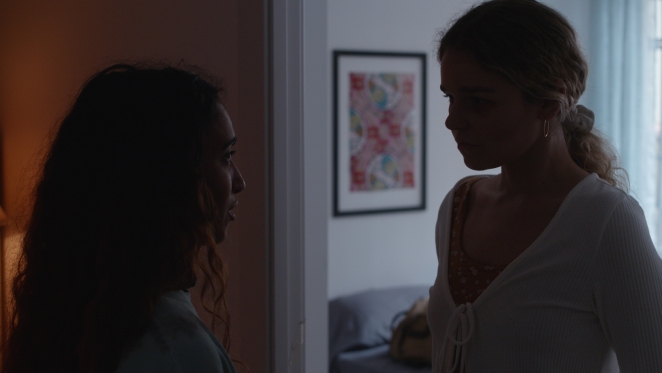 I would loved to have been an astronaut and been able to put one of those cool suits on, travelled to space and explored every inch of it, but I missed out on those classes at school so I don’t think that’s an option anymore.

All joking aside, I’ve done lots of things before becoming a cinematographer such as working in retail, in a warehouse loading and unloading trucks, in the cultural industry as a museum guide, to name just a few things! I’m really proud of all those experiences and they’ve made the person that I’m today, but I don’t know what I’d be doing today instead of working as a cinematographer.

I do also remember wanting to be a war photographer so I guess the desire to capture images has been instilled within me for a long time.

When a new project comes up, the first thing I want to do is to understand what’s the script about and to connect with the story. Then on the following reads I let my mind fly and I take notes on the script itself about references, ideas or any other things that I consider to be interesting for visual narrative of the story. I may read the script six o seven times before I go back to the director, adding more and more stuff to it with every read I had.

I like to work very closely with the director. If it’s the first time we’re working together, I like to watch previous examples of work done by him/her to try to identify his or her unique style. I need to understand his or her approach to the story, so I look for references everywhere that may inspire me or help me to prepare for that project.

Then I collect them and build a mood board, including framing, colour palette and lighting styles to share with the director. This helps to get a discussion going about the look we’re aiming for. 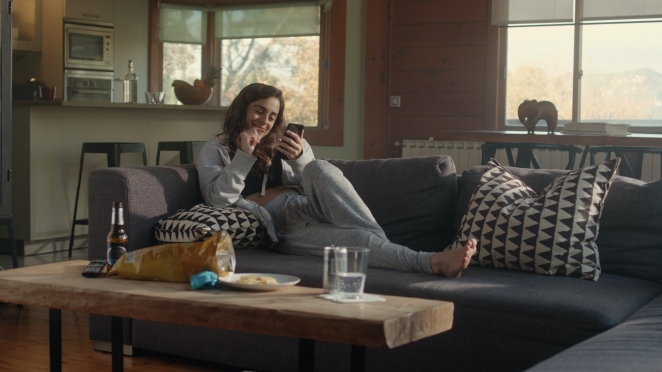 I believe that each project has its own voice and like to consider myself as being someone who can adapt their style to whatever the director may have in mind. I just love to listen carefully to that voice and find the right visual style for it.

Each project is different and rather than applying a fixed “style” I prefer to tailor my skills to the needs of the project. If I were to have a trait however, I admit that I love having a more naturalistic approach, using the strengths of the particular location we’re planning to shoot at to figure out how to enhance those for camera.

The work of Nestor Almendros has influenced me a lot. I just love the simplicity of his lighting and how beautiful and naturalistic it is. It goes without saying that I also love the work of geniuses such as Roger Deadkins, Emmanuel Luzbeki or Christopher Doyle, to name a few, but I’d also like to mention the work of Gris Jordana and Neus Ollé as cinematographers I gain inspiration from. Their work is fantastic.

Insist, insist and insist. Don’t give up, be nice with everyone but don’t fake it, and treat everyone as you’d like to be treated. Network and meet people, share your interests and show your work. You’re likely to get more work from people that you already know rather than from people that may like your work but don’t know you personally. It’s all about creating rapport and making easy for people to trust you. 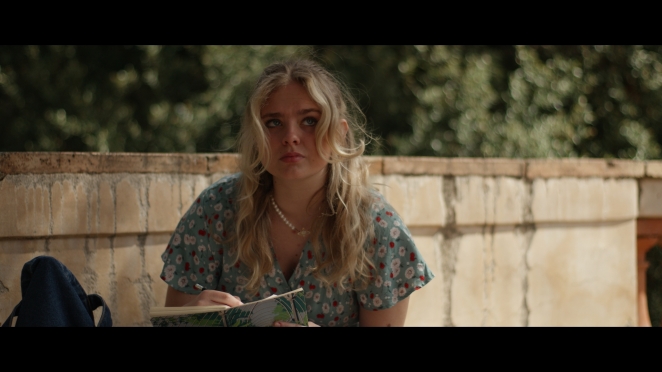 Don’t give up, trust in yourself and show your work. I find it myself hard sometimes to be honest, but this is a really competitive industry and it’s not an easy path.

I use lots of different software. Phone apps such as Sunpath, Cadrage/Artemis or Lens Toolkit are a must in my everyday work along with a tablet and a noting app such as Goodnotes and a pencil to draw.

Then there is my light meter. I always bring it with me no matter where I go. Some people may think it’s an outdated tool but being able to quantify the light into T stops and ratios , and even to prelight without the camera is something essential for me.

When it comes to project organisation, Notion is the most valuable tool I have. Learning how to use it can be tricky in the beginning and you can feel overwhelmed, but it’s a really flexible piece of software that I use to keep track of everything during my projects, to break the script down or even to create a shotlist you can use during the filming day. That’s when a tablet really shines too, because you can always carry all that info with you.

Inspiration comes and goes so you need to work on that even when you are not preparing a project. I have a folder on my Dropbox called “Visual lookbook” in which I store every single image I come across that draws my attention. Then I have all of those pictures classified per time of day, location and visual style (top light, colour, contrast and so on) so it makes easier go back to them when I may need some inspiration.

Museum exhibitions and being aware of the different cultural and art activities happening around town is also a good way to stay inspired. As for being motivated, it is something that you cannot allow yourself not to be. Challenge yourself by reviewing your work and trying to do things in a different way; getting out of your comfort zone is a good way of keeping yourself motivated. 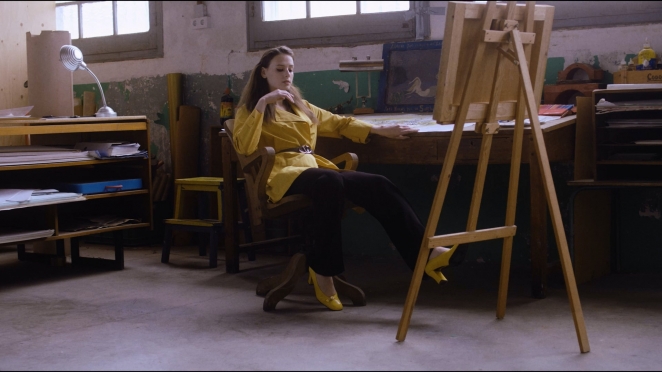 I remember when Fakirs, a documentary for which I did part of the cinematography back in 2014 had a limited theatrical release. That was the first time that I watched something filmed by me on large cinema screen and the experience was wonderful. I was really nervous. The cinematography wasn’t that great but still, it was an amazing experience and I’m really proud of that.

It can be difficult switching from commercial to narrative work. Someone may like your work, but at the same time, they’re expecting to see references of the same kind of project they want you to work on.  In that way it’s difficult to try something different to what you’ve been doing over the last years.

I however, consider that a cinematographer needs to work on a huge variety of different projects (commercials, table top shootings, car shootings, documentaries, drama, comedy films, etc) to keep on progressing and moving forward with his career and that switching from one to the other should be easier. I would definitely change that way of thinking. 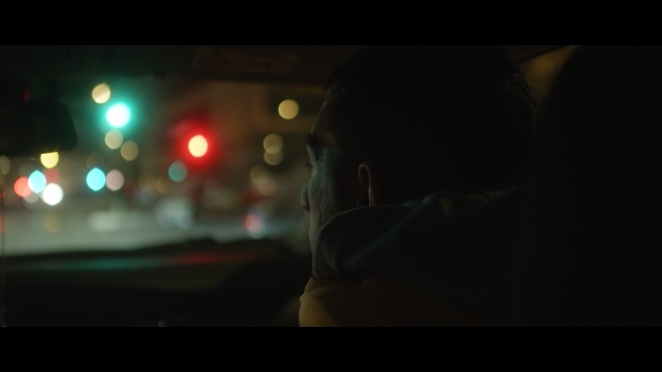 Wow, I wouldn’t ever finish if I started to mention all the resources that I would recommend. I went to film school at a late age, once I was already working as a cinematographer on small productions. So the training I had was mostly by researching about cinematography on the internet, reading books and listening to podcasts.

Websites or communities such as Filmmaker’s Academy (former Shane Inner Circle) by Shane Hurlbut or the Wandering DP website by Patrick O’Sullivan are a must. However, I’d also like to mention the cinematography.com forums or Youtube Channels like Cooke Optics TV or Arri Channel, as they have also had a great impact on my background and training. They still do.

As for books I’d recommend, I always find it inspiring to read the memoirs of cinematographer legends such as A man with a camera by Nestor Almendros, Painting with light by John Alton or Masters of light - conversations with contemporary cinematographers by Dennis Schaefer and Larry Salvato. All those books contain invaluable lessons from people  at the top of their game.