Last year, BUCK worked with Transportation Alternatives to bring attention to Spatial Equity NYC, a new tool created with MIT's Norman B. Leventhal Center for Advanced Urbanism to map the (in)equity of space and how it impacts our health, environment, and the ways we move around the city.

To learn more about this fascinating project, we spoke to Tarley Jordan and Justin Cone from BUCK

To accompany the release of Transportation Alternative’s new Spatial Equity NYC tool, we created a short film that highlights how data can reveal the inequities across NYC streets and city planning—and provide positive solutions for the people of New York.

When we kicked the project off, there was quite a lot to wrap our heads around. The Spatial Equity NYC tool covers a broad range of different data points, and it was easy to get lost in the sheer volume of information.

We looked for a story structure that could show a range of people affected by some common issues, while ending with a sense of optimism for the future. 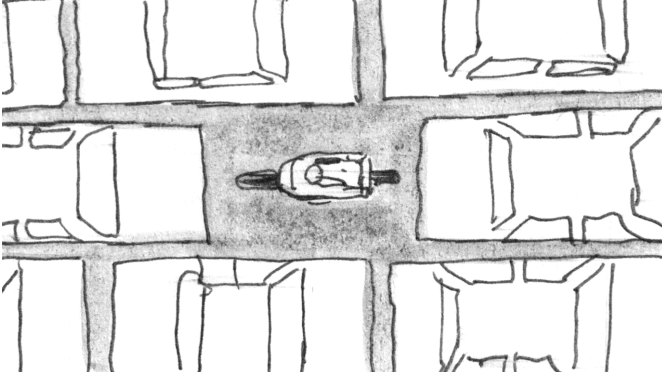 Some of the groundwork for our visual approach was laid prior to this partnership, with our very own Ege Soyeur having collaborated with Transportation Alternatives on their “25x25” project.

With the 25x25 project as our jumping off point, we took a pared-back graphic approach to shapes, leaving plenty of space for nuance in characters and environments. To add some warmth, we used subtle analogue textures to give it an inviting, hand-drawn feel.

We separated our story into four different threads following characters and the common problems they face in the city. After establishing each scenario, we then see problems become solutions, all brought together by our loose visual interpretation of the data.

The film uses dramatic lighting to help communicate its themes. There’s a dark, foreboding feeling to the setup of the city’s spatial problems, but as the film provides ideas and solutions, the lighting brightens, full of optimism and hope.

There was a lot of collaboration between the client and us during the early stages, where they helped to guide and shape the script. From there we worked quickly, with our Art Director Pierre-Nicolas Riou generating visual ideas for each shot on paper. Our final frames stayed remarkably close to those initial drawings.

We were also able to overlap our design and animation timeline a bit, with our 2D Animation Lead Diego Abad getting a head start on figuring out shot pacing and character performance, before we got deep into polished animation. You can see some more behind the scenes concept art here. 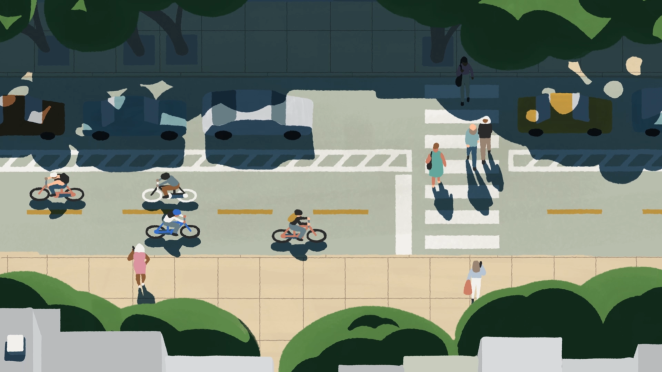 Perhaps the biggest challenge was sticking to our initial storyboards and avoiding the temptation to reinvent the story as we went along — which is surprisingly hard for creative types when a shiny new idea pops up.

There was certainly the need to adapt aspects of shots as we got further along with design and animation. Having the discipline to trust the process and stick to past decisions kept us on track and meant we avoided any crunch time, phew!

We ran the project using Figma as our virtual whiteboard for real-time collaboration during the initial concepting. We then used it for keeping on top of design updates and notes as we worked on styleframes. It meant the whole team could drop in ideas, rearrange structure, doodle over the top, and of course all together while working largely remotely.

Early sketching was largely on paper, followed by working on final designs in Photoshop. Animation was a combination of Photoshop, Animate, and After Effects, with all the final compositing in After Effects. 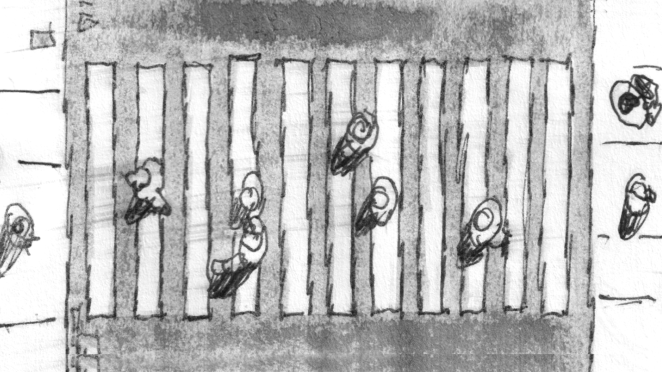 Most of our team live in New York, so this was a really personal project for us. Many of the situations you see in the film come from our direct experiences living in the city. Biking behind rows of gas-guzzling SUVs or trying to find a safe place to cross the street went from being a daily inconvenience to an ironic source of inspiration.

The big message is: not all streets are created equal. Some streets are wide and leafy, others narrow and steamy, and the rest are famously congested. One size does not fit all in New York’s terra firma.

Those differences, though, can create inequitable consequences for its citizens. This tool created by the folks at Transportation Alternatives and MIT aims to reveal those disparities. The hope is that the tool will be utilized by New Yorkers from all walks of life to improve the streets and make the city safer and fairer for everyone.

We had about seven and a half weeks, from kicking things off and getting a team together to delivering the final film. 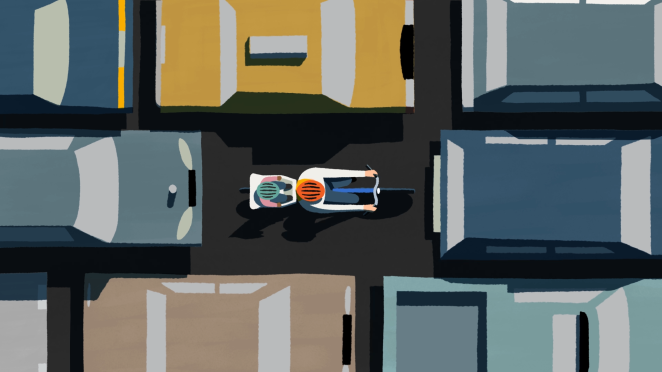 We hope this brings some eyeballs to the Spacial Equity NYC tool that Transportation Alternatives and MIT have built, eventually leading to further positive improvements on the streets of New York.

This was exactly the kind of project we love making at BUCK — creatively fulfilling while also raising awareness of public space equity in New York city.