Brand storytelling expert Dr SMA Moin is an interdisciplinary researcher exploring how our imagination and creativity drive innovation. Before moving into academia, Dr Moin worked in industries ranging from the military and financial services to media and publishing.

Today he’s focusing his thoughts on how the fourth industrial revolution opens up new opportunities for creativity to thrive, when individuals and organisations combine the power of emerging technologies with unique human imagination. 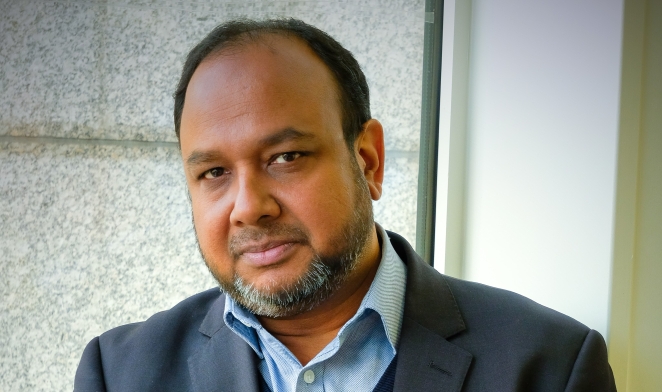 You can see a clear picture if you close your eyes and want to visualise how our ancestors began their journey. Your mind will work as radar and navigate you in a time when ancient people gathered around a night fire, sharing their pearls of wisdom wrapped in stories about their tactics of foraging and defence against the attack of wild animals.

Today, as their heirs, we spend most of our time in a virtual world, telling stories on social media using smartphones. What we used to call science fiction and fairy tales yesterday is a reality today. This is not just the result of breakthrough scientific discoveries and innovations; underneath it, there is a profound art – the art of creating an imaginary world out of our minds and putting our creativity into play.

In my book, “Creativity in the Imagination Age: Theories, Practice and Application”, I use philosophical, psychological and theological lenses to understand imagination, creativity and innovation – and to find the inextricable link between them. One model I developed explains the human progression: imagination triggers creativity, creativity fuels innovation, and innovation further extends the horizon of imagination, keeping the cycle of human development rolling. 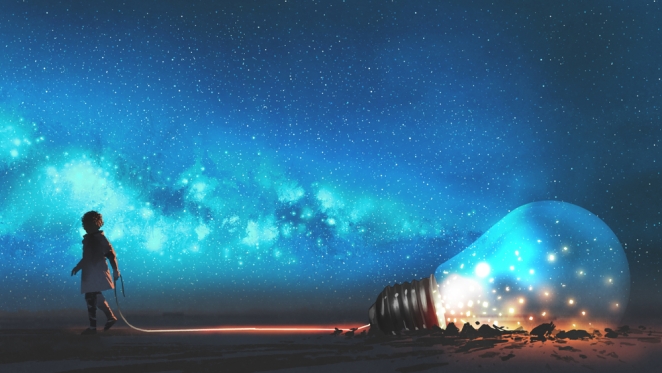 Imagination lets us think about what does not exist in the real world and allows us to dream of a new world. Imagination enables us to envision what we cannot see using logic. It empowers us to create a different world out of our minds; as Einstein says, “Logic will get you from A to B. Imagination will take you everywhere.”

Imagination is the source of ideas, and ideas are the raw materials for creativity. Thus, creativity is also known as applied imagination. In other words, creativity happens by putting our ideas into experimentation. Now, the question is: how can we get ideas?

People in Company A have many ideas. However, they are unsure whether the ideas are good, preventing them from sharing those. Therefore, you can expect Company A to run short of ideas, let alone find good ones. With fewer ideas, there are fewer experiments and hardly any breakthrough innovation.

In contrast – by welcoming bad ideas, Company B encourages its employees to share them, flooding many ideas and making it practically easy to identify promising ones. People there pursue those ideas through loads of creative experiments. Failure is neither punished nor avoided but treated as an opportunity to learn. This brings many innovations in the marketplace – some are incremental while others are breakthroughs.

It is not difficult for you to find many companies that are like Company A, while some are like Company B. If you want to create an innovative organisation, you must create a culture that welcomes ideas, no matter whether they are good or bad. Seemingly bad ideas often make breakthrough innovations; it is hard to believe that people once thought Facebook and iPods were bad ideas.

Culture in the organisation plays an essential role in setting the bedrock for idea generation and influencing whether a company welcomes good ideas, bad ideas or many ideas. My book chapter on culture, ‘Ideation to Impact: The Organisational Culture that Transforms Caterpillars into Butterflies’, shows how culture is the breeding ground for ideas. As well as outlining a new interdisciplinary creativity model I have developed on this, I explain how culture empowers people, mobilises resources, and sparks creativity and innovation. 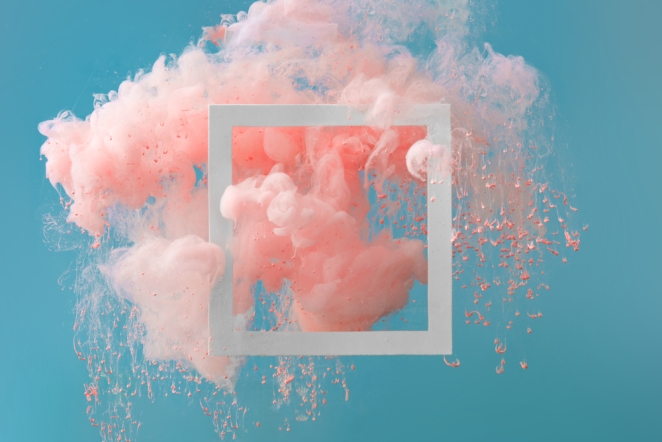 Three dominant models - the display and the search model introduced by Gaut (2003), and the connection model introduced by Beaney (2005) – can explain the role of imagination in creativity. My book chapter on imagination, ‘Creating a World Out of Our Minds: A Philosophical Perspective of Imagination’, describes these in detail but let me just briefly explain one here.

In the display model, the role of imagination is to display the results of creativity, allowing creative persons to see the outcomes of their creative endeavours. Often people are unaware of the creative process, but the creative ideas suddenly pop into their minds as imagination. Imagination makes them register the solutions to the problem they have been dealing with, but they were unaware of the process of landing on the idea. It feels magical.

This may happen when people are walking, swimming, or taking a bath – allowing automatic lateral, rather than linear, thinking in their subconscious mind. The solution comes from finding the links between things or ideas, which are not usually connected. This also promotes out-of-box thinking, and imagination displays creative outcomes.

If you are passionate about creative problem solving, you may experience the epiphany when your subconscious mind connects the dots, and your imagination registers it. The results of active thinking can also be captured in the subconscious mind while sleeping. This is why, to trigger your creativity, you need to do playful activity: so that your subconscious mind works in the background to connect thoughts from different domains.

We often talk about creativity and innovation and tend to forget the role of imagination. But remember, it is the imagination of our minds that introduced us as a generation of dreamers, who have not just landed on the moon but are exploring the possibility of venturing to Mars. During his Virgin Galactic Space Flight on 11 July 2021, Richard Branson gave a message to the next generation of dreamers:

“I was once a child with a dream looking up to the stars. Now I’m an adult in a spaceship looking down to our beautiful Earth. To the next generation of dreamers: if we can do this, just imagine what you can do.”

So, Richard Branson’s space adventure was not just a scientific advancement in space but also a result of dreams or fantasies to experience life beyond gravity created in his mind and in the minds of others. Through creative pursuit, their imaginations today open the doors of space tourism.

Creativity starts with imagination but results in innovation – to enchant our hearts and enhance our minds, empowering us to write and rewrite human stories.