Is Playstation VR the affordable VR platform we've all been waiting for?

2016 has been widely heralded by all corners of the media as the “Year of VR.” Whether or not this is because they're simply trying to force it to happen or because technology has finally caught up with the concepts we were salivating over back in the early 90's is currently unclear, but either way it's turning out to be a pretty fascinating adventure. 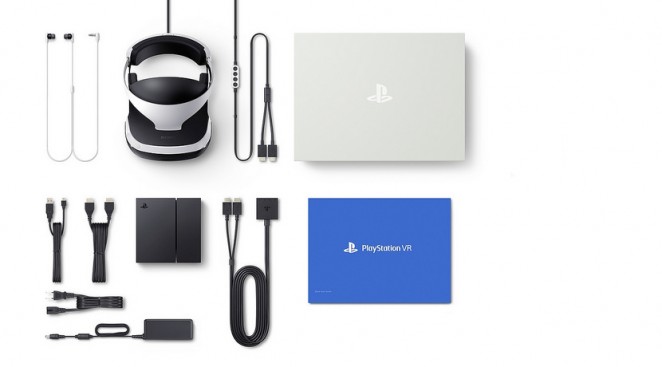 Of course, as with any great new dawn in the world of entertainment, competing companies will always emerge with competing hardware, vying to monopolise the medium, and Sony are a company who already won that battle when their BluRay technology became the standard-bearer for high definition video disks. That was the age of HD, and this is the age of VR, and once again, the Japanese electronics giant is attempting to get in on the ground floor by undercutting the competition on price and using aggressive marketing techniques to make sure that when joe public thinks of virtual reality, they think of Sony.

“Our goal is to build initially around great gaming experiences, and then explore these kinds of new opportunities that are capturing the imagination of a wide variety of people”

At a media event during the Game Developers Conference this week, Sony confirmed that PlayStation VR will cost £349 ($399 and €399) and be available this October. The real selling point here is that this puts the price point at almost half that of the Oculus Rift and significantly less than the HTV Vive, both superior devices on paper of course, but to the VR virgin, do the numbers really matter all that much? 50 games will reportedly be available for PlayStation VR this year, and more than 230 developers are currently working on PlayStation VR projects, from smaller independent teams all the way up to the industry’s top developers. A PS VR-exclusive Star Wars Battlefront game has also been announced, which is quite a coup for the company considering how much of a big deal Star Wars is right now! 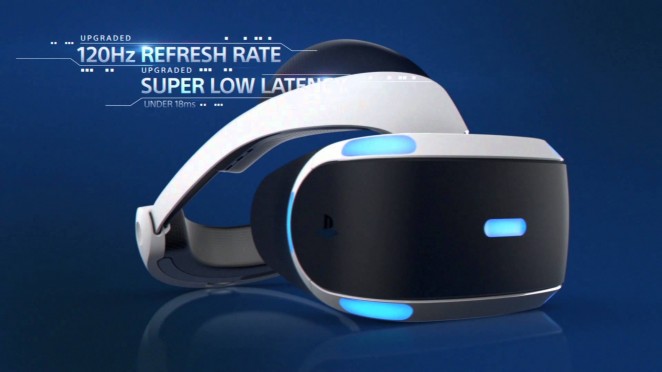 Right out of the box, PS VR will include the headset itself, a processor unit, a VR headset connection cable, HDMI and USB cables, headphones, and a power supply. Everyone who purchases PlayStation VR will also be able to download PS4 bundle “The Playroom in VR” for free, which includes six family-friendly mini-games. One thing the bundle will not contain, however, is the Playstation Camera, which is required in order to run the equipment. The camera retails for around £50 new, effectively ramping the full retail price up to £400 off the bat. Of course, many buyers might already own a PS Camera (myself included), but for those that don't, this could prove to be a deal breaker. The Playstation Move motion control remotes, which are planned to be utilised in a big way by PS VR, will also be sold separately. The key here, is that Sony isn't forcing a bunch of accessories on early adopters in the same way that Oculus and HTC are, but then, this is a mass-market product.

“To make sure that we are able to prepare and deliver enough units of PS VR and a wide variety of software titles to consumers worldwide, we have decided to launch PS VR in October 2016”

One of the key features of PS VR discussed at the GDC that hasn't really been touted until now is the Cinematic Mode, which lets users enjoy content in a large virtual screen while wearing the headset. Cinematic Mode will support standard PS4 games plus videos, and will allow users to view 360 degrees photos and videos that are captured by devices such as omnidirectional cameras on PS VR via PS4 Media Player, allowing them to feel as if they are “Physically inside the captured scene.” In terms of what PS VR offers that the other options don't, Sony has worked hard during the past two years to find affordable materials for its headset, which to my eyes is definitely the most attractive of the range, with its Stormtrooper-white and black colour scheme and blue growing lights. It's also less isolating than the other sets, with a single screen (the Vive and Rift employ a screen for each eye), which sits in front of the eyes rather than totally encapsulating the viewing field. And while Sony has had to compromise on screen resolution to keep the costs low, the PlayStation VR boasts a higher potential refresh rate of 120Hz, rather than the 90hz offered by the Oculus or HTC’s headsets, which could make for a smoother, more comfortable motion experience. The PS VR set also only requires users to own a PS4, as apposed to the super-powerful gaming PC rigs demanded by the other sets, and as there are already 36 million PS4 consoles in homes worldwide, the install base in monumental and there is also a case to be made for convenience and uniformity. 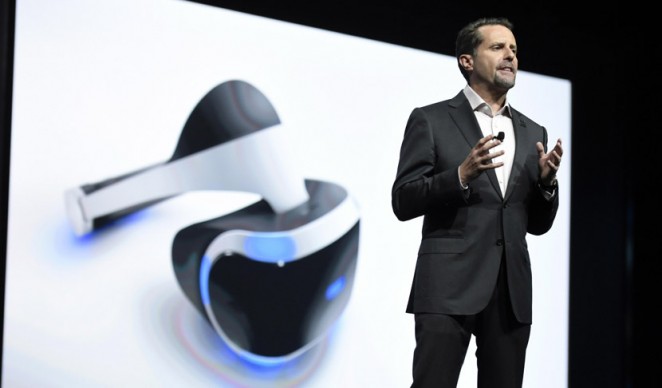 Sony Computer Entertainment CEO Andrew House, said: “Ever since we unveiled PS VR during the 2014 Game Developers Conference, we've received a tremendous response from gamers and developers alike. To make sure that we are able to prepare and deliver enough units of PS VR and a wide variety of software titles to consumers worldwide, we have decided to launch PS VR in October 2016. For those who are looking forward to its launch, we would like to thank everyone for their patience and continued support. We are beyond excited to deliver to consumers the amazing experience that PS VR offers.” House also added that he hopes that Sony, Oculus and HTC will view each other more as colleagues than competitors, and will “Build a market together, rather than steal market share from one another.” Sounds like wishful thinking to me!

“I count success as building a great experience for, initially, an enthusiast market who believe VR is the next step in gaming. Hopefully, we build from there around word of mouth”

In all it sounds very promising indeed, but I still plan to remain on the fence until I get to try all three of the big hitters out myself. Ultimately, that's the primary barrier when it comes to selling virtual reality; there is genuinely no way of understanding exactly what it truly has to offer unless you can try it out first hand. As such, I'd wager we'll be seeing a LOT of display models for all three platforms rolling out over the coming months. I for one have never been so excited to visit the local shopping mall.