I'm known amongst my friends as something of a 'beer snob' that won't settle for a sub par lager on a night out. Indeed, I genuinely struggle at large events (concerts, trade shows, festivals etc) to swallow my pride and chug the generic swill on tap (it's Carling, it's always Carling) without grimacing. That being said, I'm not above leaving my comfortable craft beer and real ale shoreline and dipping my toes into the mainstream every once in a while, especially when there's a juicy ad campaign to tempt me. Enter AB InBev, the fathers of Budweiser, which is arguably the most famous beer brand in the world. I honestly can't stand Budweiser beer, but the brand is legitimately iconic and responsible for some of the biggest and best advertising moments of the 20th and 21st centuries. So, whilst I have no intention of making it my new favourite drink (though I am willing to be coerced), I was definitely curious when I discovered that the great beer baron's number one US brand was finally being shipped over to the UK. I'm referring, of course, to Bud Light. 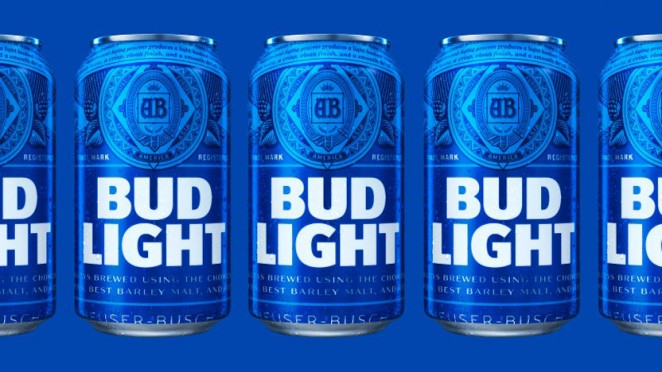 After months of experiential and influencer teases, Bud Light is set to officially touch down in the UK on Monday, March 13 on the coattails of the biggest ever UK brand campaign by AB InBev, which will use national OOH and digital to spread the message. Created by Wieden+Kennedy London, this opening salvo of a campaign, which utilises the brand's “light-hearted personality,” will be followed up by a larger multi-channel strategy that's predicted to reach 90% of adults in the UK more than 14 times. That is a LOT. Popping up in some of the UK’s most iconic locations, from the London IMAX to the Birmingham Media Eyes, the campaign will bring the brand’s take on lightness to anything and everything that needs it, through “youthful, uncomplicated, and playful messages” that nod to the brand’s American heritage.

The activity is part of a broader marketing campaign which will include significant print and digital spend across Facebook, Snapchat, YouTube and Instagram, as well as bus wraps, PR and social media activations throughout March. So it's a jack-of-all trades campaign then? But this is a jack-of-all-trades beer, so it should work. The beer did attempt a UK launch about 16 years ago, but it fell largely on deaf ears, so this time it appears they are pulling out all the stops and making sure they get it right. Even Wetherspoons are getting on board, with all Wetherspoon pubs across the country serving Bud light on draught from this week! 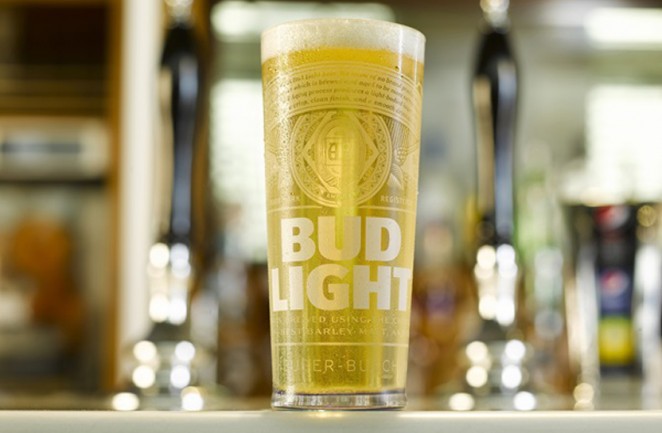 Andre Finamore Amaral, AB InBev Marketing Manager, said: “In today’s madness, the ability to be light-hearted is the most important trait in the world. Our campaign taps into this insight and intends to help consumers fall in love with beer again by showing them what it means to be Bud Light. We’ve been popping up unexpectedly over the last few months, but the tease is now over - it’s time to paint the UK blue and show Brits how to keep it Bud Light.” Ray Shaughnessy, Creative Director at W+K London, added: “Our out of home campaign is just the start for this iconic US brand, and seeing as there will be a parade of Bud Light cans up and down the country, we wanted to get as much of our tone out there with them.”

The beer arrives amidst claims from the brand that British consumers are already asking for Bud Light on a regular basis, due perhaps to brand recognition (63% amongst UK consumers apparently) catalysed by its heavy use in American movies and TV. This campaign is aimed at building on that existing awareness using the same iconic packaging design and branding in the UK as in the brand's native America. With the product already on supermarket shelves as we speak, a national online and offline distribution campaign is underway to encourage both initial and repeat purchasing. Bud Light will also be on offer on draught across the nation’s pubs, bars and restaurants. I'm not sure if I'll be ordering a pint myself this weekend, but I'll at least admit that I'm curious.