Being a creative in this day and age demands the ability to wear a variety of hats and ensure they fit snugly. Michael Scantlebury has worn more hats than most in his extensive history in the sector both at home in New Zealand and in his adopted home of the UK. It's here that he set up Impero, the so-called "agency for impatient brands."

To gain some insight into Michael's creative process and his unique (and mildly profane) mind, we've been getting to know the man behind the agency. 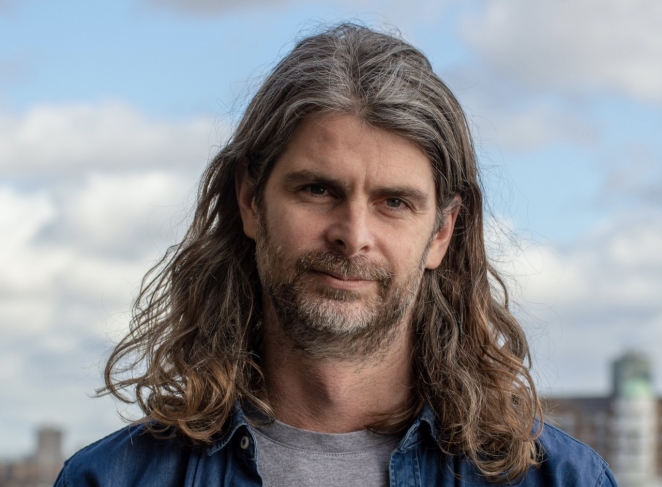 Tell us a bit about your role at Impero… What is one typical day like?

There is no such thing as a typical day, but I usually try and put all my meetings in the morning so that I can work on stuff in the afternoon.

When I founded Impero it was just me, so I built a habit of wearing all the hats, and over time I have been taking them off to concentrate on what I am good at (I think!), which is the work. I’m grateful to work with a brilliant MD who can focus on running Impero, allowing me to concentrate on this.

I grew up in New Zealand, where I had my first job interview at 13 years old, to wash dishes for a local restaurant, and I didn’t get the job. Fuck knows why, maybe they wanted someone of legal working age, ha!

So, I started my first business aged 14 cleaning offices as I figured I could hire myself and, I enjoyed it. I also made way more money than my friends who were delivering newspapers. Skip forward a few years and at university I went on to launch New Zealand’s first online dining guide, back when dial up internet was the norm. And when others started to compete against me, I bought them and later sold the whole thing to a local media company.

I just Googled it and can see it’s still going now - Menus.co.nz. Next I launched a movie site called Flicks with my brother that we sold to a software company and it’s also still going strong. I then figured I knew a thing or two about building brands and businesses and it led me to start doing it for clients. Fast forward, I moved to the UK and Impero was born.

The biggest challenge - I had no idea how to do it! (I remember having to Google “what’s a scope of work” in one of my first weeks because a new client asked for one).

I had run two start-ups in totally different sectors before I founded Impero, which, while they gave me a different perspective and an extremely helpful insight into making brands grow, having already grown my own, I’d never worked in the industry before.

So, in the beginning, every day there was a challenge simply figuring out how to do it. Then just when you think you’re doing it right, right stops going right.

The truth is, even now, challenges don’t ease up. There is a new challenge every day, and you never know where it will come from. Ultimately most jobs are about problem solving either for your own business or for your clients’, and that’s what makes it fun.

Winning an agency of the year award felt pretty awesome.

One of our other biggest wins, beating Wieden+Kennedy in a pitch, also turned out to be one of our biggest disappointments as it was a ghost pitch. In the end the client could never quite pull the trigger on doing the work despite it doing brilliantly in testing. A consolation is that the brand has not done anything interesting since, but the missed opportunity still stings.

What’s your secret to remain inspired and motivated?

There’s always unfinished business and I won’t be satisfied until I’ve achieved what I set out to achieve, and these ambitions never stop evolving and the goal posts never stop shifting. This fire in the belly and ambition is definitely what gets me up in the morning. Every day I’m asking myself what are we going to do differently today, what can we do better and where’s the next opportunity.

I’m not a big industry sycophant or a great scholar of the category. But, that being said I’m a big fan of David Droga and what he’s achieved with Droga5.

How has COVID-19 affected you?

This time last year I had a very real moment of thinking this could be the beginning of the end for the agency, thankfully we were able to pivot quickly. I’m very proud of what we achieved in the circumstances and I now see the power of a strong agency culture more than ever. Rather than making redundancies we took collective pay cuts, and the only furlough cheque we took was for the office manager, who is now back full-time in another capacity.

Rather than being the disaster I feared, the business has actually grown. Personally, though I see my team less, I get to see my kids more and I don’t miss the commute one bit. Overall I’m extremely conscious that I am one of the lucky ones and that the last year has affected so many far worse.

I’d like to see Impero keep going at the pace we are going. Not just in terms of winning business, but in creating more of the type of work we are. When you start it’s harder to push back as you’re just trying to keep the lights on whereas now we have much greater directive and I absolutely love the work we are delivering.

In turn this attracts a certain type of client partner and this partnership is where the fun lies. When the relationship is simply a Supplier v Client transaction I find it boring - when you get to that type of mode and you might as well be a lawyer, you’ll earn more.

What is your one piece of advice to aspiring creative professionals?

Work, work and work. I have never been one to bet on talent alone. It's too risky to go out there and think ‘I am smarter than everyone else so I will succeed’. It’s way easier to out work them. You can control that much better.

I find the food category really interesting. In fact, having worked with so many F&B brands I have now started my own low-alcohol Gin brand, Mary. Running an agency is very much a full time job so I’m working with partners but one day it would be great to focus more of my time brand side.

The other day I was talking with a friend who works at a big agency and she said she found three woman crying in the bathrooms on three different occasions that week. FFS, it’s embarrassing that this self-proclaimed creative, modern, progressive category would create an environment where that’s possible.

We should be realistic about the service we offer and the value we create in the world - a dose of humility wouldn’t hurt. We should drop the masculinity, the arrogance, and the self

-importance. In a world where scientists developed a life-saving vaccine in less than 12 months how about we all just admit, what we do is less important and not something that should force people into bathrooms in tears.

Anything that gives you insight into how humans interact with each other. Be it Humankind by Rutger Bregman or Highsnobiety, understanding humanity and where culture is moving is essential in this game.