After a group of Game of Thrones stars recreated a SodaStream ad to raise awareness about the damage being caused by single-use plastic this week, a new print campaign from Ecquador echoes the message.

Paradais DDB is the agency behind the work, for Dream Pack, to raise awareness about the damage that single-use plastic packaging is doing to the oceans with strong imagery of some of the species affected.

Battle Ships, Indians and Soldiers (all below) were inspired by research that shows that 1.5 million animals die every year because of the plastics discarded in the ocean. It's a global crisis that affects various species of animals, several of which are in danger of extinction.

These types of initiatives are taking a prominent place on the agenda both in Ecuador and in various cities in Europe, where serious measures are being taken to prohibit the use of single-use containers, cutlery and plastic straws. The campaign aims to promote the replacement of single-use plastic packaging with sustainable paper packaging.

"The use of plastic is one of the biggest threats to the ecosystem,” said Johnny Abad, CEO of Dream Pack. “The whole world is rejecting foam packaging for its contaminating components, which is why we implement ecological solutions based on paper and technology that protect products and the environment." 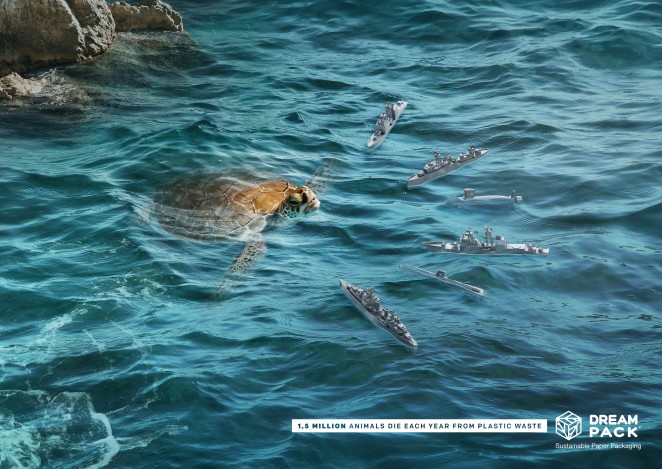 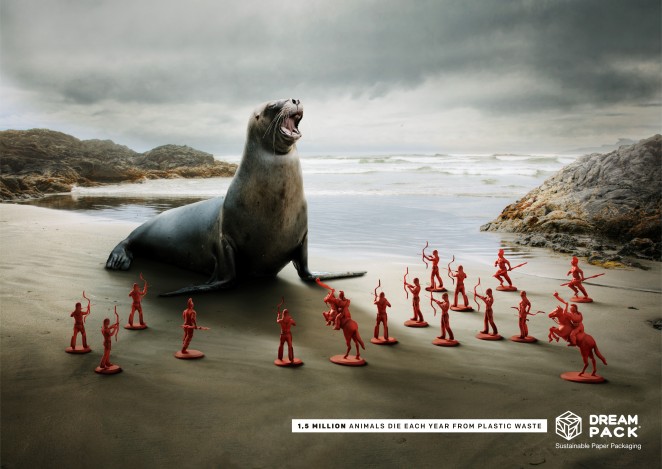 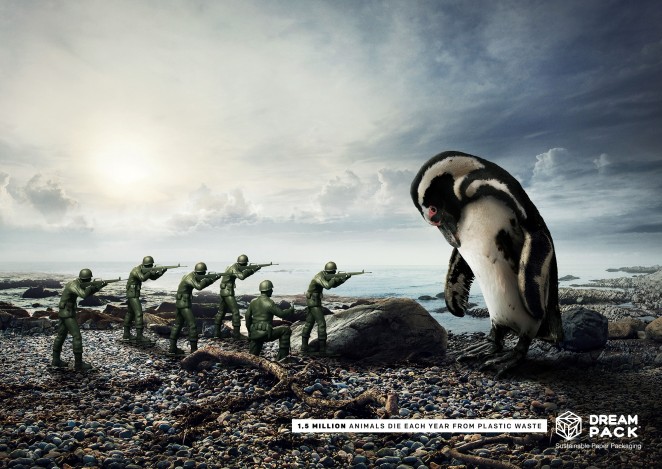