Sony were not the only major tech company to drop a bombshell yesterday. Never ones to be outdone, Apple chose their September 7 keynote as the launchpad for the highly anticipated iPhone 7. As is often the case with Apple these days (in a pos Steve Jobs world), there were no surprises. Well, very few anyway.

Taking to the stage at the Bill Graham Civic Auditorium in San Francisco, Apple CEO Tim Cook and SVP of Marketing Phil Schiller announced that the next iteration of the phone that arguably invented the very concept of the smartphone would forego a traditional headphone socket in favour of a system that would allow the lightning connector to be used with proprietary headphones or adapters. Whilst Cook was adamant this was a move made because analogue audio is apparently outdated, but we all know the real reason; forcing proprietary hardware on users equals more cash in the bank for Apple. It's a move they have pulled countless times in the past though, so anyone complaining obviously doesn't know their apples from their oranges.

Here I've collated all the most important facts and figures regarding the new iPhone, which might help you decide if you want to join the baying masses when the phone is released on September 16. Of course, if you're an Apple acolyte you probably made your mind up before the keynote even began, but for arguments sake, let's pretend Apple fans are all reasonable, objective individuals shall we?

Little & Large – The iPhone 7 will be released in two variations; the standard iPhone 7 and the iPhone 7 Plus. As with the iPhone 6 variants, the Plus is significantly larger than the standard model and is not only more powerful, but packs a few unique features under its sleeve.

Hit the road Jack – One of the most controversial decisions has been the removal of the headphone jack. Instead the phones will ship with a pair of Lightning EarPods, which connect through the charging port. Apple has also launched the new wireless Apple AirPods, which are powered by a W1 chip. Sensors detect when each pod is in your ear and motion sensors control the headphones to use Siri and detect your voice. The AirPods apparently provide around five hours of listening. The phones will also come with external stereo speakers for the first time, which will no doubt please those of us who enjoy inflicting our own music on our fellow public transport users.

“The analogue headphone jack has been with us for a long time, but the reason to move on is courage. The courage to move on and do something new that betters all of us”

Appearance – Apple has introduced two new colours for the iPhone 7 to replace space grey. The new models are available in five different colours including two new shades of black. A matte black and a glossy black will join silver, gold and rose gold in the colour options for the phone. The new patent jet black finish will be offered exclusively on the 128GB and 256GB models. The new handset look very similar to the current iPhone 6s and 6s Plus, but with the antenna bands moved from the back of the device to the edges. 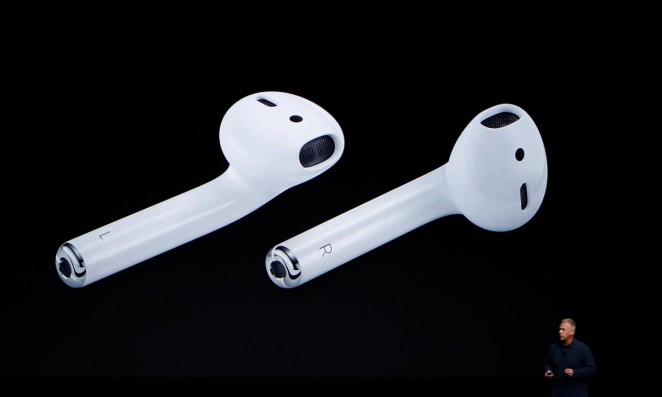 Waterproof – Yes. Finally. The one feature that people have been begging for. The new iPhones boast an IPX67 rating, which means the hardware can withstand immersion I up to 1 metre of water for 30 minutes. There is a drawback here though, as Apple’s high standards for waterproofing have impacted the supply chain and lowered total production of iPhone 7. 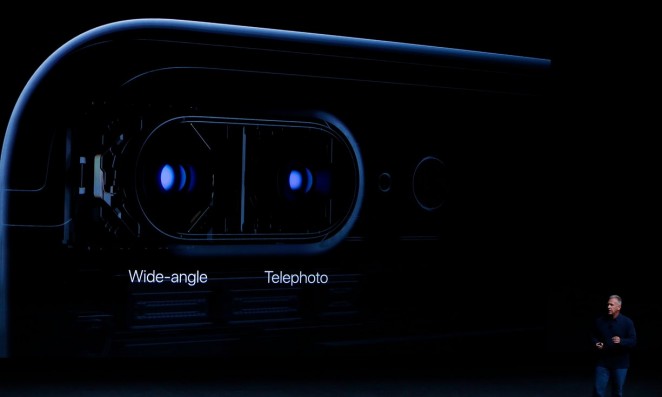 Snap Happy - The camera has been revamped to enhance low-light capabilities and take even sharper photos. The smaller standard device has a f/1.8 lens that lets 50% more light onto the lens, and a new 12MP sensor that's 60% faster and 30% more energy efficient. The phone also has a dual-lens camera, which allows a huge increase in quality when zooming in on a photo, a problem that has plagued Apple for years. The iPhone 7 Plus also has two 12MP cameras, one of which is a wide angle lens and the other a telephoto lens that can zoom 2X in high quality without using any software. The telephoto lens means the camera can zoom to 10X with optical and soft zoom. Cameras on both models will also have 12 megapixel sensors as well as 4K video recording capability. It also enables live editing of video files and with wide colour capture. It also has image stabilisation and a new camera flash to improve photos shot in low-light. Apple has also doubled the number of LEDs to four in order to create a more effective flash. This also gives 50% more light. It also has a flicker sensor that makes the flash look like natural light. The front camera has also been upgraded to 7MP from 5MP for FaceTime and selfies.

“On a dSLR you can move lens elements to zoom with a large lens. But on a phone you can’t do that. So we’re using two cameras and two lenses to do the same”

Home – The new home button has been given a vibration-based haptic feedback system so it now vibrates when touched to give users feedback. The feature is already in use on the firm's MacBook laptops. 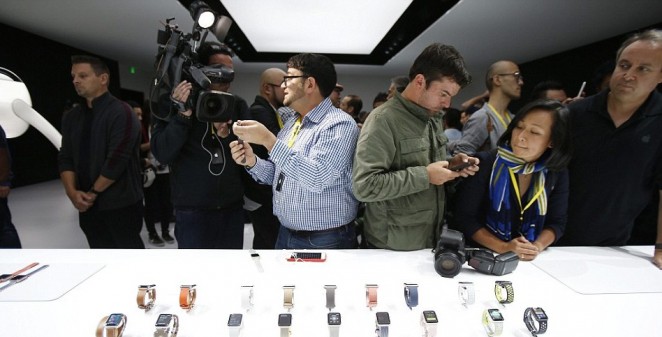 So, should you take the plunge and place your pre-order? That depends on whether or not you really need to. Almost every new iPhone is a notable improvement over the one that came before it, but rumours suggest that next year, the iPhone 8 will blow the iPhone 7 out of the water, with an innovative glass chassis, an edge-to-edge display and an OLED screen. Of course, this is all just speculation, so if you really want to own the latest and greatest iPhone, I wouldn't blame you if you shot on over to the Apple Store tomorrow morning to register your interest. I'm sure you won't be the only ones!

There were plenty of other announcements made during the keynote yesterday, but I'll be saving those for our #TechTuesday feature next week so keep your browsers tuned to Creativepool for more Apple gossip!

I certainly hope you're a better musician than you are a tech writer, because, quite frankly, this article is terrible - the author's disdain for Apple is as palpable as his unfamiliarity with Apple, resulting in off-the-cuff inaccuracies (and that's not even mentioning grammatical mistakes).