Ben Mottershead is the Founder and Creative Director of design agency Studio BND. Ben's agency works with brands, companies and platforms to help them humanise their audience, harnessing the power of communication to deliver standout creative on a daily basis.

Ben also has ADHD, something he admits took him most of his early years to come to terms with, in order to understand where to go next. But that is most obviously a problem for the Ben Mottershead of the past; today, Ben embraces his creative process with method and a pinch of chaos, with clear goals and deliverables but with the passion only a top notch creative would put in their game. Ben is a talented designer, drawing inspiration from everything around him, firmly believing in his own creative ideas. This is how he excels every single time.

In this Member Spotlight, we are learning a bit about Ben and Studio BND, to understand the dreams, needs, process and aspirations of such an inspiring creative professional. 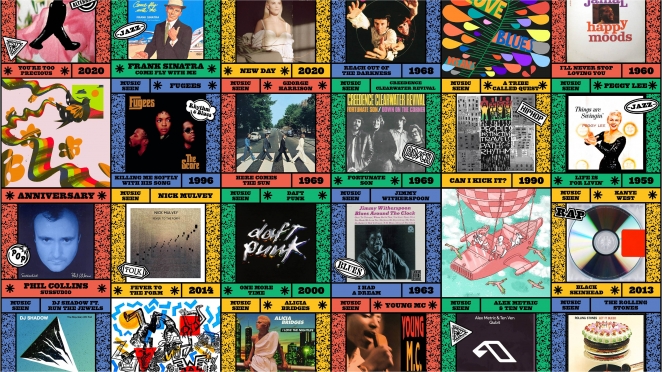 I always struggled with my identity growing up and never really new where I fit in. I was always artistic, and creative. I enjoyed problem solving and ideation but I was also incredibly active and ultimately this led me to want a job within sport for years. It wasn’t actually until I was around 18, or 19 that I decided to pursue a degree in graphic design. Even then I went out of my way to avoid using digital software’s, instead opting for low-fi, hand rendered techniques and didn’t even open up Adobe InDesign until my third year.

After graduating I interned at a studio called ‘onedotzero’ where by happen stance I was able to play an active role in a few stand out projects for Nike, Jaguar which then led me to my first graphic design role and the rest is history.

I’m currently based in Letchworth Garden City, Hertfordshire and I run my own design agency, ‘Studio BND’ with my business partner, Alex Malki.

Most likely something to do with sport and the outdoors. I grew up Mountain Biking, Snowboarding etc and have always enjoyed these kinds of activities. It’s honesty hard to imagine not doing what I currently am but after so many years stuck in front of a computer the idea of being as far away from one as possible is kind of nice.

I’d say my process is fairly analytical, but at the same time chaotic. Due to having ADHD I often like to know what the goals and challenges are to the project and keep the attention firmly on the clients aspirations, and what they want to achieve. However, at the same time I believe creativity, especially stand-out creativity doesn’t occur in a void. It requires experimentation, research, play, and collaboration to bring it to life.

As a result, I start every brief outline the requirement and goals. I then often go to books and outdoor locations, away from my computer and start to mindmap ideas and possible directions. These then are developed into rough workings which are presented to the client and from there it’s a case of refinement and testing until the desired outcome is reached.

I try and stay away from internet sites as much as possible, and firmly believe you need to craft an idea or concept before you even begin to allow other people's work to influence you. This way the other ideas you take in only help evolve your existing concept, rather than influence it from the beginning. Its also always really easy to spot when an agency, or individually as heavily drawn inspiration from pinterest, dribbble, or behance because the work looks similar to everything else. 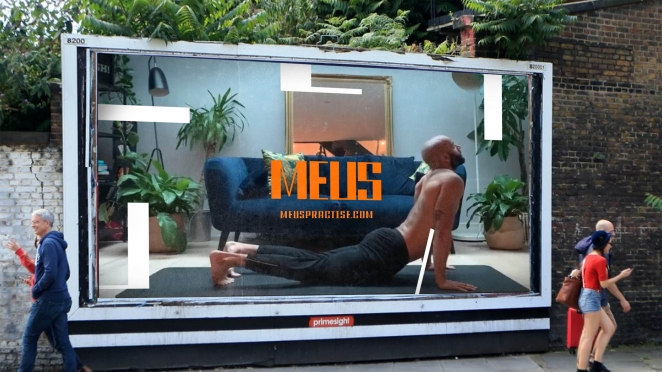 I’m not sure we particularly have one as an agency. In my personal work I love to explore abstract patterns, kinetic movement and typography and you can see examples of this on our studio Instagram page, or my own personal one. However, as a company we tend to focus more on the clients needs and let a style form out of that.

If I had I’d say out style is more so in our process than visual output. We’re very audience focussed. We believe companies needs to humanise their audiences and see them as people who have their own desires and ambitions in order to connect with them, and we love to create playful, engagement designs which entertain an audience, rather than just give them something pretty to look at.

I have people I admire within the design world such as people like Brian Collins, Simon Dixon and Aporva Baxi, Jack Renwick, Gavin Strange etc but I also draw a lot of inspiration from out areas.

Mark Rothko is a big inspiration of mine due to his process, and outlook on the artworld and how he believed it should be accessible to all. J.R.R Tolkien and his ability to create such an expansive universe with The Lord of The Rings and the Hobbit, and even people like Kobe Bryant (I played competitive basketball for 10 years) due to the sheer work ethic and determination he put into his career before sadly passing away.

Ultimately I have a lot of time for anyone who’s passionate and putting their stamp on the world. 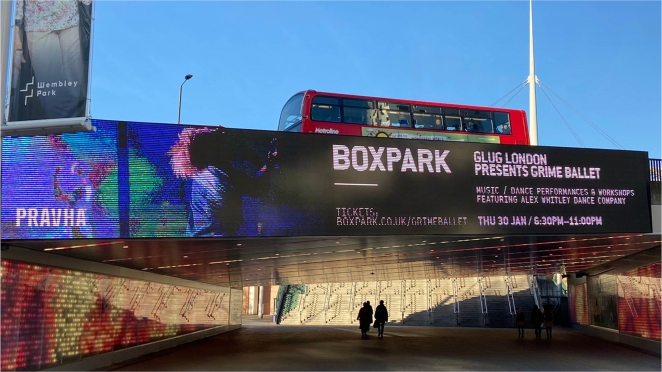 A large brand with a small brand mindset. By this I mean someone who has budget but is fearless with it, and actually wants to try new things and take risk.

When you work with big brands you are often inundated with 100 page campaign guidelines, directors or execs who want to control everything, or put their own stamp on the project, and you sometimes feel less like you’re being hired as experts, and more like you’re their to just press buttons and realise the companies vision. Now this is perfectly find and there’s nothing wrong with brands wanting to protect their image once they reach a certain point.

However, I love the brands that have that scale about them but still have the fearlessness of a start up and really want to try out new ways of communicating with their audiences.

The agency was founded out of COVID so we haven’t actually known any other way of working. It’s definitely harder to develop ideas, or create the initial concepts than it is in person but at the same time its reduced our overheads enormously, and allowed for us to get a head start in adapting to the world post COVID, and create infrastructures to work with clients. 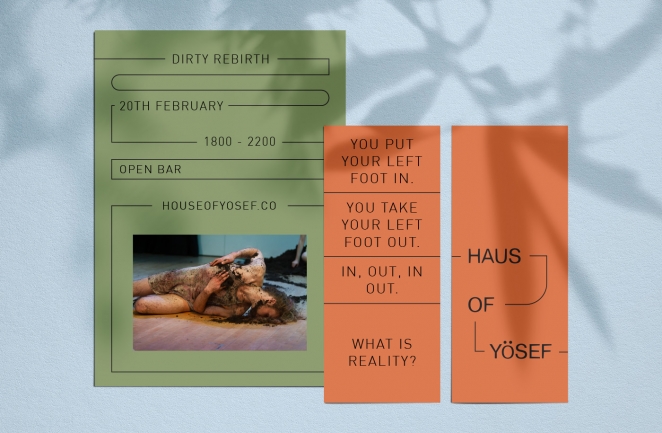 I honestly don’t have one. I get constantly fatigued and distracted due to my ADHD and have just had to learn to not be so hard on myself, accept that inspiration will strike at the most random times so always looks out for it and not try to force creativity.  Pressure might create diamonds but it putting pressure on yourself will definitely lead to poor design work.

Starting the agency. I went through a very rocky start to my career. I was made redundant three time and quit my last role to go freelance, due to a mental health crisis, and burn out. When I went freelance that was the first time I’d actually done something for myself and always said the aim was to start my own company. So when I sent off the paper work to register Studio BND it was a defining and pretty awesome moment and for me, made all the struggle over the last decade really worth it.

I like to try and do something that involves using my hands, and less screens. I’m a big fan of Lego, Warhammer, I recently started painting, I love to be outdoors when possible and just explore the world.

I don’t necessarily think I have worked out the best way to recharge and sometimes I just like to sit and watch films, TikTok, or play games to help my mind switch off but I’m definitely most happy when I’m doing something which makes me feel alive and in the moment. 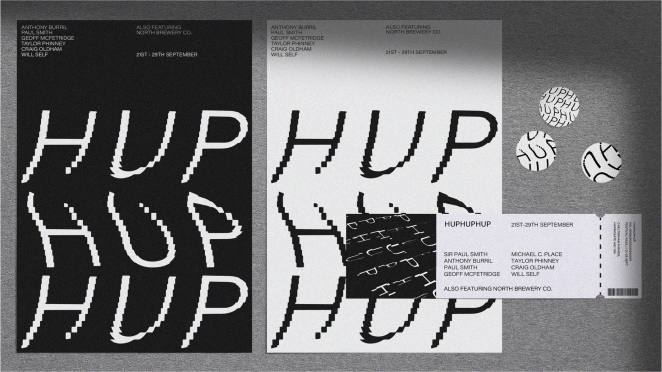 Don’t ever apologise for being who you are, don’t ever let anyone make you feel you have nothing to contribute to this world and don’t ever live to someone else’s expectations.

This industry rewards personality and uniqueness. There is nothing more unique than your own outlook on the world as nobody has lived your life, in the way you have. Allow that outlook to shape how you communicate and you’ll stand out in the best way,

All the things I used to hate and have campaigned against i.e unpaid internships. Better working environments and greater accessibility have all become key talking points over the last few years, which is awesome.

I guess the main thing I would change is getting creative professionals to the point where they’re seen as experts again, and people who can add tremendous value to projects, rather than just people who are ‘good at software’ and can button push. There is incredible talent in the world but it’s being squashed by brands who need to see instant results, and chase that and quick wins rather than true innovation utilising great mind. We need to make designers experts again.

Any websites, books or resources you would recommend.