It’s now 40 years since weather forecast symbols were introduced on BBC television. You’d think there would only be so many ways one could represent sun and rain, but there have been a huge number of changes since 1975. 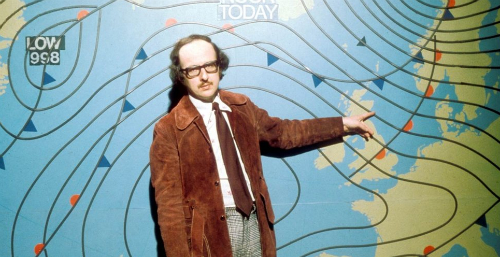 It was actually more than 20 years before that, back in 1954, that the first televised forecast hit the nation’s little black and white screens. But even getting to that point was a far from straightforward affair. In fact, the charts were actually taken to the BBC by taxi, having been drawn up in the Air Ministry offices. Once set up in front of the camera, the presenter would draw on the extra data they wanted to include using a crayon.

It became apparent that a new system needed to be developed – one that the public could more easily understand at a glance. In the good old days, the symbols didn’t look much like anything. After all, rain does not look like a black dot, and showers don’t look much like triangles. 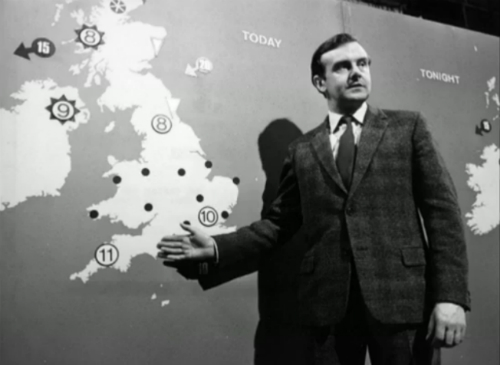 So in the Seventies, weather presenters arrived in front of the camera armed with a handful of magnetic symbols that they stuck to a steel-faced map. Well, I say stuck – they actually fell down pretty often, live on air.

With the advancement of digital technology, Michael Fish announced with some uncharacteristic aplomb that the symbols and liquorice string (also referred to as knicker elastic), which showed the low- and high-pressure weather fronts were going to be replaced by computerised images. 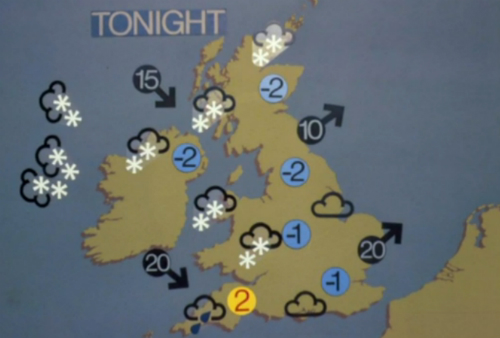 But the biggest leaps came perhaps during the Eighties and Nineties, when more graphical depictions of the weather appeared. No longer was there just one particular symbol dangling over an area, but swathes of rain, cloud and other weather patterns flowed rather enchantingly across the map of the British Isles. 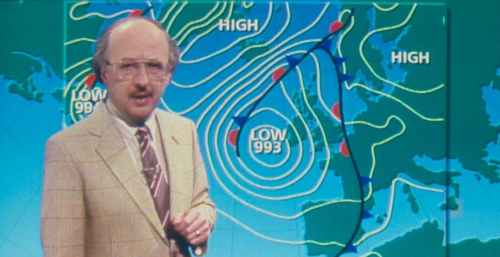 From the Nineties onwards, the symbols themselves haven’t really changed a huge amount; it’s more the way they’re presented that has become more advanced. The challenge today is more about translating the ever more complex scientific data into information that the average member of the public can understand and act upon.

Exciting as all this sounds – and I hate to rain on the BBC Weather parade – but one thing that doesn’t seem to have changed very much is the accuracy. Given that the computer behind the scenes carries out billions of calculations per second, you’d think that there might be a fairly good chance that it would be right more often. Or at least, more accurate than me opening a window and saying, “that doesn’t look like sun” before withdrawing my bloodied arm, pierced by thousands of hailstones. And yet so it is that I have been caught in storms when the sun should be shining, or carrying around an umbrella all day for no reason. Let me tell you, there is nothing more uncomfortable than wet Lycra leggings on a 10-mile run.

Perhaps I should shut up and stop moaning. After all, the sun’s out and I’m wasting valuable non-moaning time. For one thing, I’d better cut the grass; one never knows when the rain is going to arrive…

Time for a new weather symbol, the "Err.. sorry... Not sure, to be honest" symbol. It would combine symbols of sun, cloud, rain, snow, hail and lightning with a die. Alternatively, just the word SUMMER.