Imagining an uplifting, reusable way of living with Chilly's and Soursop | #BehindTheIdea

If the whole of the UK simply adopted reusable water bottles, we could eliminate more than 7.7 billion items of single use plastic each year. This is the shocking insight unveiled by the UK government earlier this year – which places sustainable brands and manufacturers in a great spot to tap into this growing need for reusable items.

The product designers at Chilly's are uniquely placed to help the nation reach a more sustainable way of living. Turning to Soursop for assistance on a new campaign, the brand released a film which imagines a positive scenario for the British public, where everybody ditches single-use plastics to adopt "a reusable way of living".

With this campaign, the brand looked to approach the climate crisis conversation with positivity and optimism, aiming to stand out from the apocalyptic messaging which is likely to turn some of the public away. The result, featuring a number of familiar British sensations from TikTok and other media, is uplifting to say the least.

Today we are getting Behind the Idea with Ravi Amaratunga Hitchcock, Co-Founder at Soursop, to learn more about the inspiring campaign below.

We worked really collaboratively with the Chilly’s team, spending a lot of time listening to the founders’ original vision for the company. From there we landed on the idea of ‘showing the change’ by creating a world where Reusables were the norm. An ‘A Reusable Way of Living’ was born!

The Soursop team took our shared vision and wanted to create a really fun, eco-positive version of the Reusable Way of Living and devised a script and set of OOH visuals that Chilly’s loved. From there we worked very collaboratively with the Chilly’s team to build out the idea and make sure product was integrated in the right way. We also wanted to hit home with a wider environmental message which we worked on how to do in the right way too.

Honestly, one of the most enjoyable production processes we’ve experienced – in spite of shooting in the rain in and around Manchester. This is because everyone from the brand, to the agency to the production company (Object & Animal) and director (India Sleem) felt invested in both the creative and wider message.

Post production and our timings were challenging. Given the tight turnaround time before the campaign went live and our ambition for craft there was a lot of back and forth on how the plastic ‘ghosts’ would appear. We’re all really proud of the results, especially when they were produced under pressure.

Chanel the parrot and her owner Sandra of TikTok viral fame were hilarious. India the director also cast her two nan’s in the opening scene of the film

Ultimately, small changes can help contribute to a big difference when it comes to the environment. And if we’re to make real change – we all have to come on the journey together.

Notoriety for all the right reasons 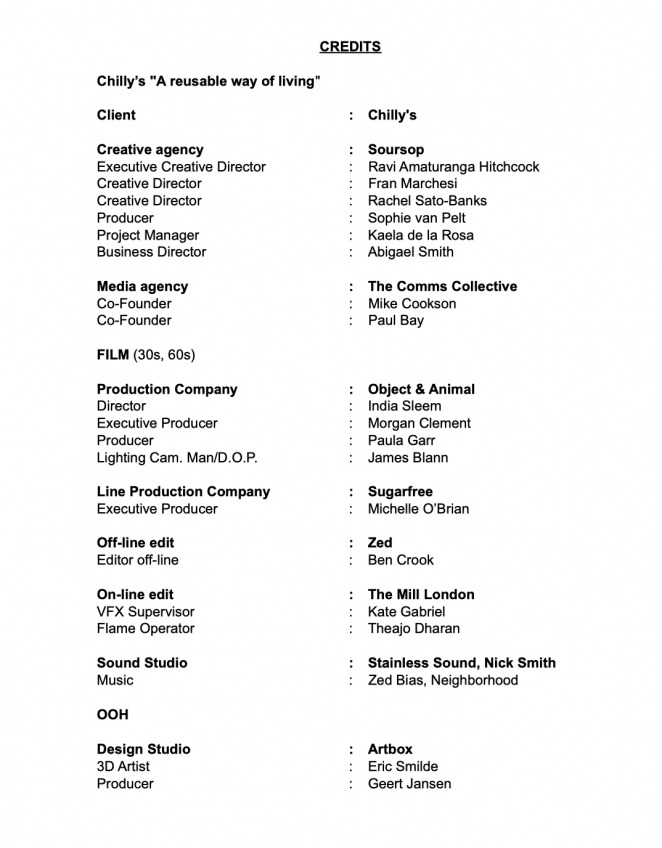