Music is powerful. It can bring people together as much as empower them, leading them on the path to greater things. So it's no wonder Yamaha's focus is on people as much as on music.

In a partnership with independent consultancy Zag, Yamaha released an epic and unique video titled 'Let's Make Waves', in which several musicians are shown while practicing and playing their favourite instruments. The campaign itself is beautifully produced and is currently at over 4.4 million views on YouTube – which, in today's world, is nothing short of a success.

But there is more to this campaign than meets the eye, from little production secrets to... a flock of birds pooping on a grand piano. Yes, you read that right. Today we are getting Behind the Idea with Livia Bernardini (LB), International MD and CGO, and Lucia Vera (LV), Design Director, at Zag to learn more about the inspiring campaign below.

LB: Building on our work with Yamaha Music over the last few years, we were tasked with creating a dynamic campaign that would forge a deeper emotional connection with new and existing clients while stimulating sales in the process.

In our previous work, we had developed Yamaha’s brand promise of ‘Make Waves’. Now our brief was to the bring this to life in an uplifting campaign that also brought Yamaha’s huge musical instrument and audio equipment range together for the first time.

In short, it needed to be a campaign that both reinforced audiences’ emotional connection with ‘Make Waves’, as well as stimulate sales.

LB: Despite the challenges of starting this project in the middle of the first lockdown, when we had limited visibility on how it would all unfold, the pitching and brainstorming went extremely well.

At Zag, we always start from consumer insights and blend strategic and creative thinking from the outset. This quickly led us think about how we could position Yamaha as the ‘total music company’ by showing how the brand’s enormous breadth and range of its product offering empowers everyone to ‘make waves’ by expressing their individuality, regardless of who they are. 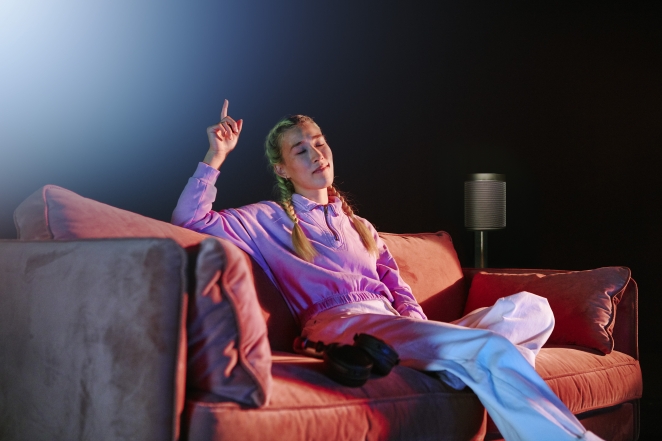 LV: We wanted to create an emotive and uplifting film that brought the brand promise of ‘Make Waves’ to life, taking us on a journey through different musical moments in different people’s lives: from beginner musicians through to emerging and established artists; from solitary practice times to energetic jamming sessions; from playing and producing music to listening and enjoying it. We wanted to seamlessly bring together every moment that Yamaha Music has been there for us. In tandem with this, creating lots of musical moments also allowed us to showcase the sheer breadth and variety of Yamaha Music’s products and services within the campaign.

To create the film, we imagined a big Yamaha house where you could come in, wander around rooms, and in each room discover different instruments, musicians, styles of music, and different vibes. We imagined a place where everyone is welcome to come in, to explore and discover their sound and create their own path through music.

We then thought, what if we lost the walls and the structure of a home and created a much more fluid story, like a wave, where all of these experiences and styles came together as one.

The film takes us on this fluid journey, showing the power that music has on us and how it empowers us to then inspire and connect with one another. That’s why we call it ‘Make Waves’. 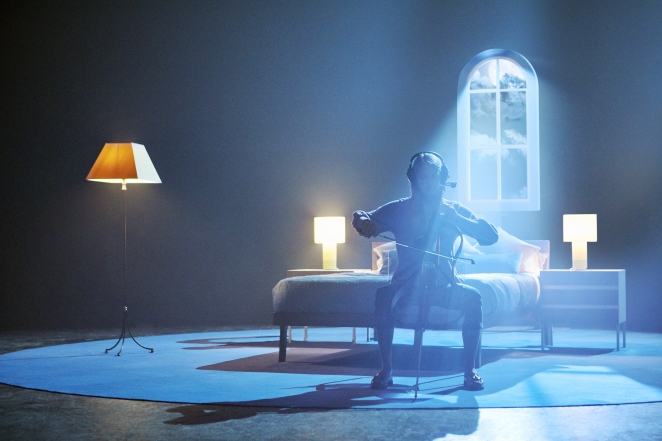 LV: The production was epic!

One of the biggest challenges was space. We had to work out how to fit in all the musicians, each in their different environments and with some huge instruments and set-ups like grand pianos and bands, within a Covid-safe environment. We also had the challenge of working out how to end the film with a shot from above, with everyone in frame. We also wanted it all to be in a single shot, so we had the movement and flow of the camera, like a wave. At first it seemed impossible.

We teamed up with talented director Jamie Whitby and filmed in the George Lucas studio – one of the largest studio in London which was designed specifically to shoot Star Wars. This was the only place we could fit the largest telescopic motion control arm in the world, the Motion Control Titan X.

Finally: music. We wanted to create a piece that could be played by all. This meant a simple melody that could be adapted to each instrument, yet all feel like the same song. It also needed to be played effortlessly by both professionals and beginners. It was a big compositional challenge, but once we had it all the musicians jammed and connected regardless of their level of expertise. It was so special to witness all the musicians jamming together in between takes, to see the pros inspiring the newbies. In the end, music wasn’t really a challenge. In fact, it was the solution.

LV: Surprisingly, nothing major happened… besides a flock of birds suddenly flying into the studio, looping around the enormous set, flirting with the camera and finally s******g all over the grand piano. It got a round of applause. Thankfully it wiped clean and sounded just as good after its 'good luck' ceremony. It marked the beginning of an epic shoot day! 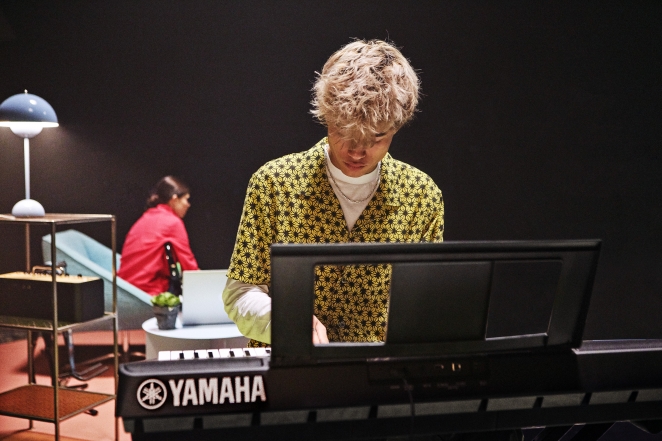 LB: Music is a powerful thing, available to all of us, and Yamaha – through its huge selection of music and audio product that cater to all levels – allows us all to make waves through music. The brand is there to help us find our beat, discover a new beat if we want to, and to learn, grow and simply have fun with music. It allows us to feel inspired and to inspire and connect to others. By bringing these things to life, the campaign positions Yamaha as the total music company.

LB: The amazing thing about working on this campaign is that only Yamaha, with its extraordinary breadth of products and services, could have pulled it off. Only they, as a total music company, could bring together all these different instruments and products: AV, pianos, keyboards, brass, drums, guitars, recording and producing equipment that caters for beginners and experts alike. In that sense, it was a totally unique experience and a privilege to work on the campaign.

LV:  Telling the story of all of Yamaha’s different musical instruments and audio equipment in one go had never been done before. Historically, most of them have significantly different target audiences, messaging and guidelines, and therefore have had separate campaigns. Beyond the musicians coming together in our film, making this film meant the company itself was coming together. In a way, the concept of the film was happening inside out, which was beautiful to witness. 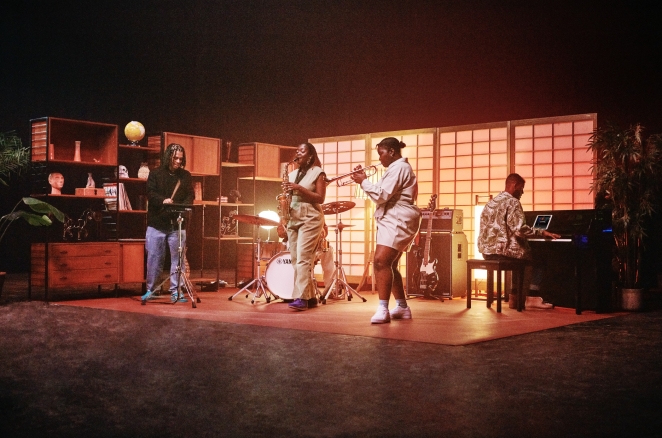 LB: Our hope is that the campaign will help embed Yamaha’s brand promise of ‘Make Waves’ in the hearts and minds of consumers and achieve a big step forward in shifting perception of the brand: from a trusted well-established engineering company to an engaging, emotionally-connected, customer-centric music company that speaks to all music lovers, no matter their passion, interest, or instrument of choice