Behind the idea: Putting the O in retro with Cassandra Brooksbank

Inspired by Fellow’s too-good-to-be-true Old Brew Grinder, this retro film references such iconic conspiracy theories as Bigfoot, aliens, and the ‘faked’ Moon landing – all to prove that Fellow’s new product is the ‘missing link’ between a bean and a great cup of coffee.

Cassandra was originally hired by Fellow in 2013 for its first-ever Kickstarter launch. Since then, she has worked with them on multiple occasions and for this latest campaign worked closely with the marketing team to develop ideas and present them with a 40-page deck of suggestions. She even makes a small cameo in the film.

We caught up with Cassandra to get her take on the campaign; how her history with the brand influenced her artistic choices, how Kickstarter made the product a reality and the joy in true creative freedom.

This was such an amazing collaboration. We workshopped several ideas, but the theme Fellow really wanted to bring out was "the missing link," because the Ode Brew Grinder was the last product they needed to go from a bean to a cup of coffee using exclusively Fellow gear. They also liked the idea of "myth-busting," because their grinder went against several trends of most professional grinders and was better for it. With that in mind, I came up with a 50s/60s conspiracy theory theme and presented fellow with a 40-page deck outlining the concept of "it's not a conspiracy, it's just good coffee," which became our marketing campaign. 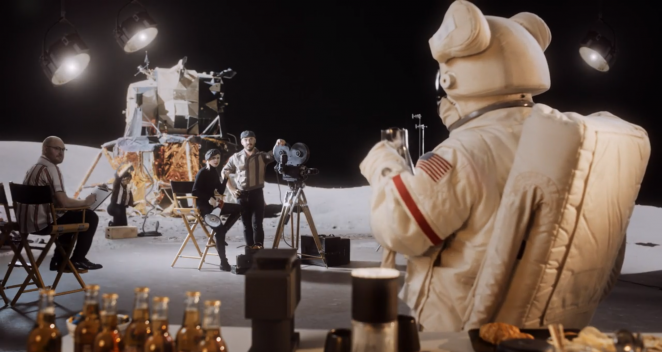 After that, I flew up to San Francisco (where Fellow is based)  and spent a week writing the script with the in-house writer, Hannah Miller. Together, after a lot of coffee and some terrible home-made mojitos, we banged out a first draft and then worked remotely to fine-tune the script. It was exciting to have so much creative freedom and work with a passionate, fun-loving brand that wasn’t afraid to take some creative risks and have a sense of humour in the marketing! Projects like this are a gift.

The idea was to present the Ode Brew Grinder as the missing link and using a humorous, retro-newsreel style to debunk the myths about what coffee grinders had to be. The further we got with the concept, the more and more evident it became that this was a perfect fit! There were so many great tie-ins with the conspiracy angle – for example, the alien abduction of the hoppers and Buzz Aldrin being known as Buzz because of his coffee addiction. This was so much fun to write and even more fun to make! Also, the variety within the concept and the newsreel voice-over allowed us to create lots of different marketing material out of just 1 shoot, giving great value to the brand.

This was a pretty ambitious idea, especially for the budget. Hannah and I got a little carried away writing the script, and then when I got to pre-production, I realised what I had done! I had to create a moon-landing, aliens, bigfoot and a secret lab in 2 days with hardly any money to do it! 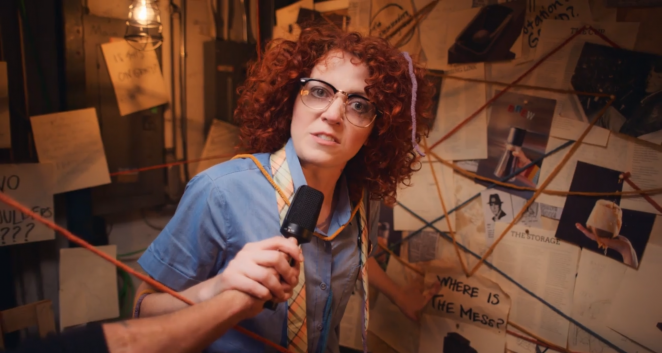 To pull this off, I relied heavily on my post-production experience. There was no way we could do 4 location moves in a day, so I decided to do several locations on green screen and shoot them all in the same spot. I also spent a lot of time in preproduction and storyboarded everything so there was no time wasted shooting content we weren’t going to use in the edit.

The main message of the campaign is that the Ode Brew Grinder is “the missing link between a bean and a great cup of coffee.” That messaging is important because, before Ode, there was no grinder on the market that was ideal for the home-brew. Fellow has created a grinder that delivers high-quality grinds, is user-friendly, compact and beautiful – the missing link! Also, this grinder is quite a bit different from other grinders on the market and has a totally re-imagined design. In our campaign, we wanted to “bust myths” about grinders because the Ode goes against several trends of most professional grinders and was better for it.

The final asset resonates with consumers because, first of all, the product is fantastic and I think the video really showcases just how great it is. But beyond that, Fellow is unique in that they speak directly to their customers. They use direct to client advertising and aren’t afraid to have a sense of humour about their brand. Creatively, they take more risks than most companies and I think that makes for very exciting advertising!

Also, by launching the product through Kickstarter, we engaged directly with Fellow’s customer base. The funds they generate from Kickstarter make it possible for them to design top-notch coffee gear without seeking venture capital. That means Fellow is not tied to timelines, revenue targets, and growth goals imposed by outside parties. Instead, they can continue making only products they love for the customers they are passionate about. Going the Kickstarter route also allows them to connect directly with the coffee community and get their feedback before their product hits the market.

Fellow let me have a lot of creative freedom, especially with the humour in the marketing campaign. I think that is such a fun way to convey information. A lot of brands are hesitant to crack jokes when introducing their new products, but I think that makes the information stick so much more! 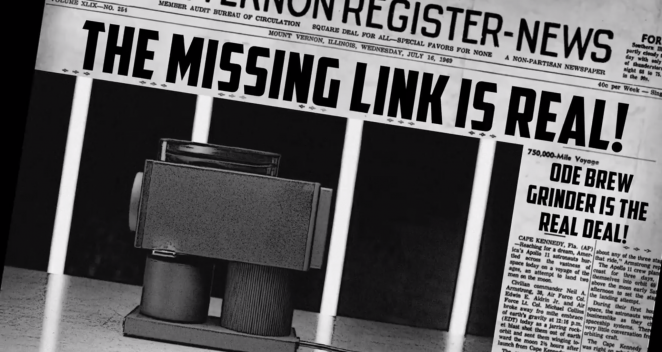 Bigfoot destroying a competitor grinder or a Fellow scientist explaining the Ode while the lab lights on fire behind her grab attention and make people continue watching!

I pitched the concept and wrote the script in August, we planned the shoot for about 6 weeks and the Fellow team flew to LA for the shoot at the end of October. We then had about a month of post and delivered at the end of November.

Fellow Coffee began as a Kickstarter campaign for their flagship product, the Duo Coffee Steeper in 2013. Since that time, the company has grown substantially, but Ode is their biggest launch yet! I hope this campaign brings widespread awareness to just how fantastic this company is and how superior their products are.

It’s very exciting to have the campaign out and see that it’s getting such a great response! Fellow reached their Kickstarter goal of $200K in less than 2 hours and are closing in on a million dollars now with a month to go on the campaign! It’s really rewarding to be a part of an advertising campaign where you can so tangibly see it get results for the brand! 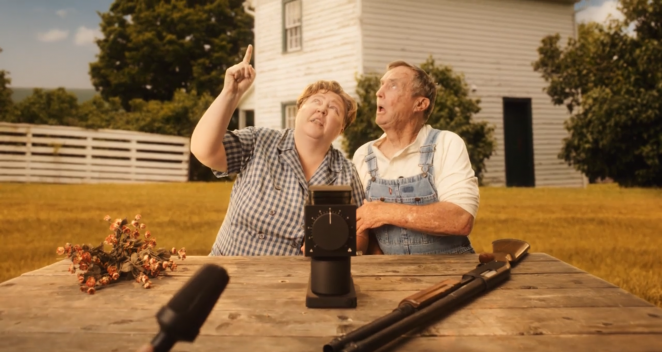 Here’s why a good client-agency relationship goes both ways

Clients. We love them, sometimes we hate them. They are what keeps this industry going - the makers of the creative sector, in a sense. Without them having needs, agencies wouldn’t be offering solutions; it is a business relationship based on...

Love the new Conscious products made-in H&M. At least 50% of Conscious products is made from sustainable materials! And the remaining half, well… We don’t care about that, do we? H&M often makes the headlines for all the wrong reasons,...

According to BCH Henderson Institute’s Chairman Martin Reeves and Rhodes Scholar Jack Fuller, imagination is crucial for “seizing and creating new opportunities, and finding new paths to growth.” Their forthcoming book “The Imagination...