For their latest campaign for Electric Ireland, ROTHCO quite literally looked to the stars for inspiration. What they came back with was an incredibly bold and emotionally powerful concept - what does Ireland look like from space?

They managed to rope in legendary Canadian astronaut Colonel Chris Hadfield for their ‘We’re Brighter Together’ campaign, which celebrates the power of the collective. It posits that, by coming together, we can make a positive change in the way we consume energy. This ties in neatly to the platform’s Brighter Energy Programme that allows Electric Ireland to support the country’s power and positivity.

In 2013, Chris Hadfield tweeted images of Ireland he’d captured from the International Space Station, creating a moment of national pride. For the campaign, he reconnects with his love of the country in a launch video that celebrates the power of collective change.

The climate emergency has fast become the biggest crisis facing this generation and the creative team at ROTHCO was well aware that, whilst everyone is making small changes, many are left wondering if this is really enough. But, whilst one household can make small changes, over one million households doing the same can have a profound impact on the future of energy and Ireland recognises the power of the collective more than most.

The video highlights this in stunning fashion, but how did the concept come to fruition and what was the direct inspiration behind the platform? We caught up with the team behind the idea to pick their brains.

In a nutshell, the brief was to position the brand to illustrate its commitment to Ireland and every Electric Ireland customer, against a very competitive category. Being with Electric Ireland means customers get the best long-term value offer on the market and are a part of Ireland’s new energy future.

Thankfully, Electric Ireland is a massively trusted brand and this was our chance to reinforce the brand’s leadership credentials, which has never been more important. There’s also never been a more interesting time in the energy sector. Innovation, social change, and personal change are coming together. This presents a golden moment, leading from the individual out to not only the collective but to the generations to come.

Fundamentally, Ireland needed an energy provider that could light the way to everyone’s energy future. Electric Ireland recognised the only way to answer this need was through one of the most powerful energy sources; harnessing the power of the collective.

From the outset, it felt like we were searching for the holy grail - a brand platform that would sit seamlessly across all of the people, products and sponsorships that Electric Ireland has at the heart of their business and brand.

So, once the strategy was agreed on, we worked closely with the team at Electric Ireland to find a platform that encompassed the brand’s scale and its ability to help lead change through galvanising the power of the collective, all in a way that felt positive and relevant to the category. Ultimately, the expression we felt encapsulated this most meaningfully was ‘We’re Brighter Together’.

So once we had the platform we then went looking for a way to bring it to life. We knew that Electric Ireland, who provide energy to over one million Irish homes and businesses, had a very unique perspective on the country, on its people, on the potential power of the collective. So we began by asking the question - ‘Is there anyone else that can attest to this?’. That has seen us, as a country, as a people being brighter together.

That got us talking about Canadian Astronaut Commander Chris Hadfield and the famous photos of Ireland he tweeted in 2013 as he orbited 200 miles above the country. When he Tweeted twilight images of Ireland all lit up from space, he managed to show the people of Ireland their country as they’d never seen it before, and an immediate bond was formed between us and him. We decided there and then that Chris’s unique perspective of Ireland in that moment was what we wanted to recreate for our launch film. He was the ideal person to talk to the power of coming together, community and collective action, in a way that we knew would engage the Irish public. 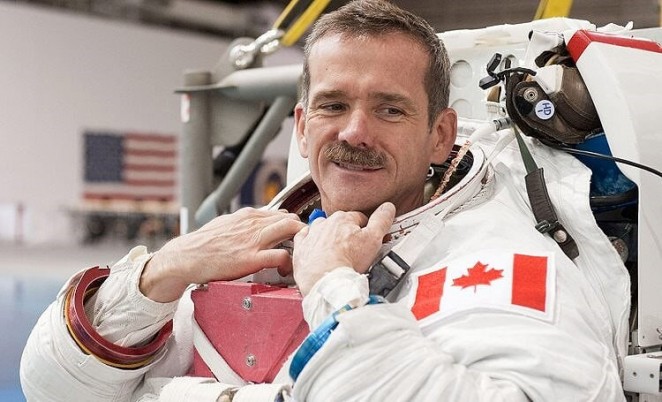 What was the production process like and were there any significant challenges to overcome?

We knew from the very start that our film had two sides, epic and intimate and that the director we chose had to be able to deliver both of them, or we would have failed. So finding a director was not going to be easy.

On the epic side, when you write a script where the opening line is “we open in space” you know you have to deliver cinematic set-pieces that can confidently stand alongside the type of films set in space that people are consuming. At the same time, once our action switched focus to life on the ground in Ireland where we see people coming together, we knew we wanted there to be a real emotion and connection to it. So after weeks spent looking through the reels of directors from around the world we found Tomas Jonsgarden. His work struck the perfect balance between stunning visuals and sincere humanity that we needed, and when his treatment landed we knew we had the director we’d been looking for.

The other challenge we had was recreating a realistic space station. We knew that Chris Hadfield would be walking onto set at some stage and we wanted to make sure that what he saw represented his experience. We also knew that people on the ground were well versed in what the inside looked like, due to Chris’ brilliantly popular David Bowie tribute video that went viral. The production team worked hard to piece together available visual references, as well as discussing key details with Chris, to make sure what appeared on camera felt as authentic as possible.

The main message is that Electric Ireland knows the power and positivity that can be generated when Irish people come together. And with Electric Ireland being Ireland’s leading energy provider with over one million customers, they’re dedicated to helping each and every one of them make the small changes that, collectively, can have a profound impact on the future of Ireland’s energy. Using its size and scale to take a leadership position for the good of Ireland.

There are two key reasons we feel the work will really resonate.

Firstly, the moment we are recreating was one that a lot of Irish people hold close to their heart. Chris Hadfield did what few had done. He held a mirror up to us as a people and made us feel immense pride. Irish people are a funny breed, we can’t take a compliment very well. But, if it’s delivered by someone from outside of Ireland, a different perspective, it is much more powerful.

Secondly, recently in Ireland, we’ve had a number of instances where the power of collective action has led to important social reform; Irish people coming together from across the country to do the right thing. This helped make our message of ‘We’re Brighter Together’ more relevant and authentic than at any other time. 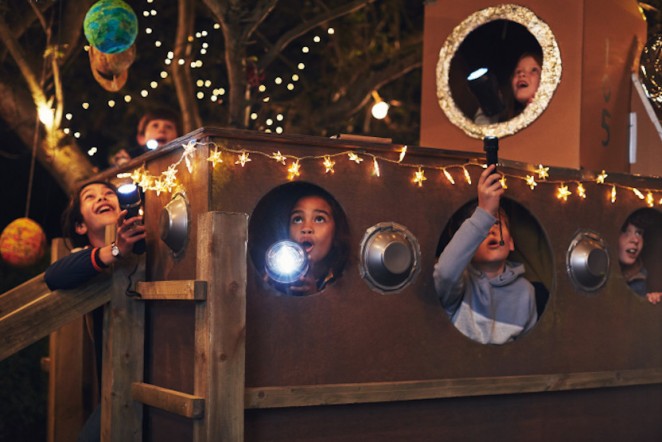 ​​What’s the most interesting thing or unique fact about the campaign that will help it cut through?

Enlisting a universally-known and respected Canadian astronaut to talk about the beauty of Ireland from space, as well as Irish people’s innate understanding of the power of the collective, is the obvious answer here. But beyond that, it’s one of Ireland’s most trusted brands committing to using its platform to educate and empower as many people as possible to make positive changes to their energy habits - galvanising the collective for the collective good of the country - rather than just push a short-term sales objective.

Like all good things this creative platform took time to get it to a place where we were collectively really happy and confident with it. This was such an important time for the brand due diligence was needed at every stage to ensure it was right. We took time to stress test the platform to make sure it could stretch across all facets of the business and live beyond the launch.

There’s nothing like a deadline to rally the troops

When it came to delivery, again like most brand campaigns this was fast and furious. The directors search commenced in September with the full campaign launching on Christmas Day. But as we all know there’s nothing like a deadline to rally the troops and having a client and production team who was more than willing to roll up their sleeves made this all the more possible.

Electric Ireland is already one of the most trusted brands in Ireland, but as with any energy provider, it often plays a background role in most people’s lives. With ‘We’re Brighter Together’, we want people to see it as the leader in the country’s energy sector now and in the future; a big brand that’s genuinely committed to helping everyone make a positive change to their understanding and use of energy. Essentially, we want to put the ‘Ireland’ back in ‘Electric Ireland’.

As with any campaign, the greatest satisfaction comes when the end result is what you envisaged at the start of the process, or a better version of it, which as we all know doesn’t always happen. In this case though, we feel like the stars aligned and we’ve created something for Electric Ireland that has really resonated with Irish people, which is the first step to inspiring collective action. It’s a long-term platform, so we’re looking forward to watching it evolve and drive impact throughout 2020 and beyond. 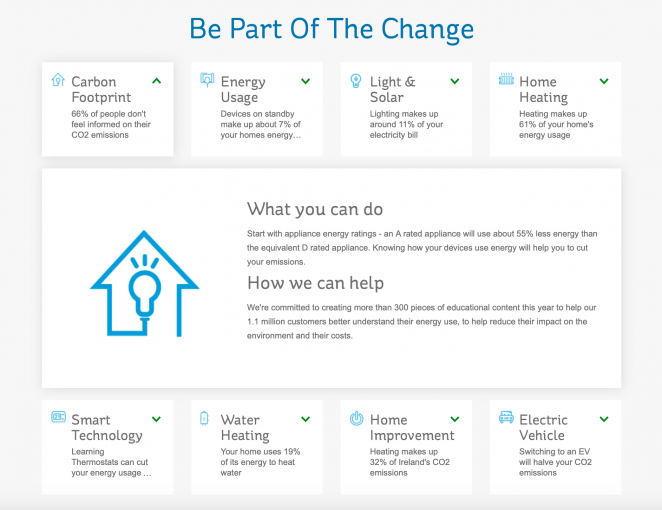 When the results for the Q1/FY 2021 were released a few months ago, tales of recovery and hope started spreading across the industry, as optimistic figures of growth and recouped losses started popping up from the industry giants and beyond....

Here’s why a good client-agency relationship goes both ways

Clients. We love them, sometimes we hate them. They are what keeps this industry going - the makers of the creative sector, in a sense. Without them having needs, agencies wouldn’t be offering solutions; it is a business relationship based on...

Love the new Conscious products made-in H&M. At least 50% of Conscious products is made from sustainable materials! And the remaining half, well… We don’t care about that, do we? H&M often makes the headlines for all the wrong reasons,...