12 unexpected graphic design trends to watch for in 2022

When everything is said and done, the graphic design trends of 2022 are a motley crew. Frasurbane and anti-design, escapism and grunge, doodles and parametric patterns are some of the themes explored.

It's difficult to envision any of these diverse characters interacting at a party, yet that's exactly what will happen this year. You won't want to miss out on these surprising mashups. 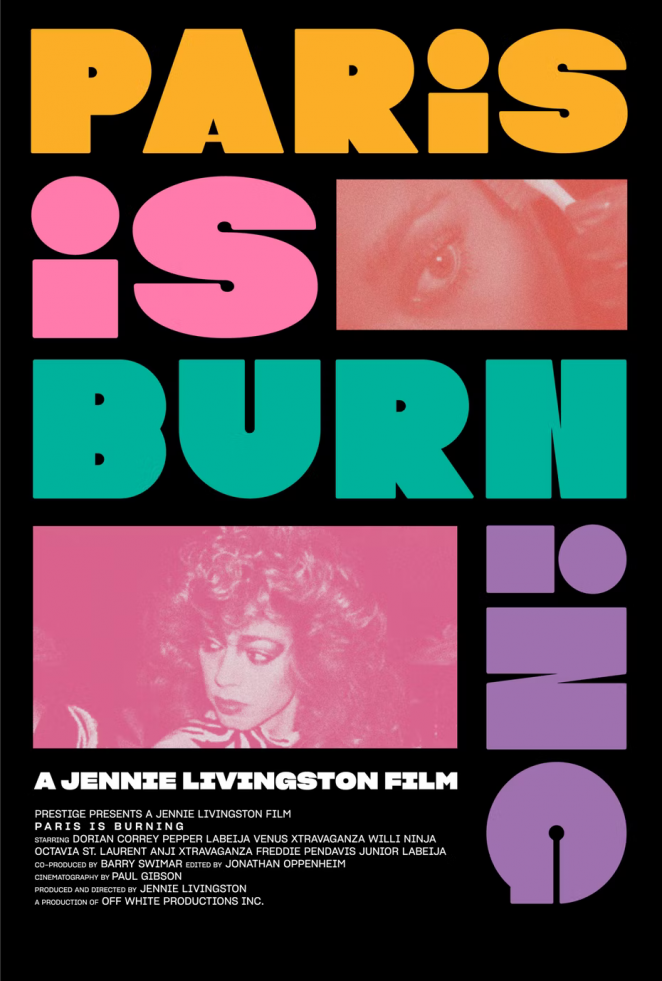 Stranger Things and It appear to have pushed 80s nostalgia back into the public not long ago, ushering in an era of gothic serifs, neon hues, and vaporwave landscapes. The 90s have finally made a comeback in 2022 (and have lately been romanticised in Netflix's Fear Street).

The 1990s are making a comeback in a number of forms, as seen by several of the trends on this list. This movement, however, is based on nostalgia—that wistful, romanticised look backward. To that aim, we're reliving the 1990s through Memphis design motifs, basic emoticons, and rudimentary internet frames.

Bright colour blocks and pouring slime bring back fond childhood memories. Turn the clock back to the 1990s whenever your design project asks for a sense of comfort with a dash of old-school style. 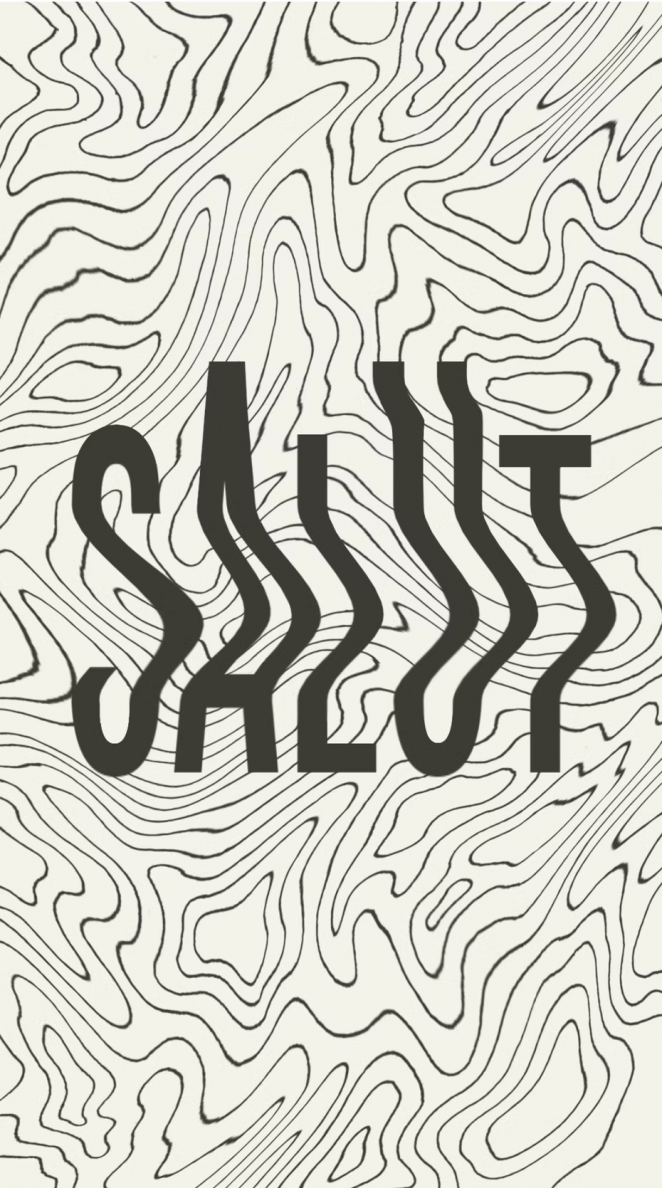 We can't always rely on language to transmit meaning from culture to culture as the globe gets increasingly global and online. Many designers see this as an opportunity rather than a setback. Lettering that pushes the boundaries of simple intelligibility, generating shapes that are expressive in and of themselves, is expected in 2022.

The sky is the limit in terms of how this trend may appear because it is based on experimentation and personal expression. Amorphous blobs, mismatched letter styles, and mind-bending forms are all on the table. Overall, these font styles blur the line between abstract forms and legible letters.

This is a hazardous trend to pull off, especially for viewers who aren't interested in artistic innovation. However, it rewards those who are daring enough with freedom: meaning that is not bound by any one language. 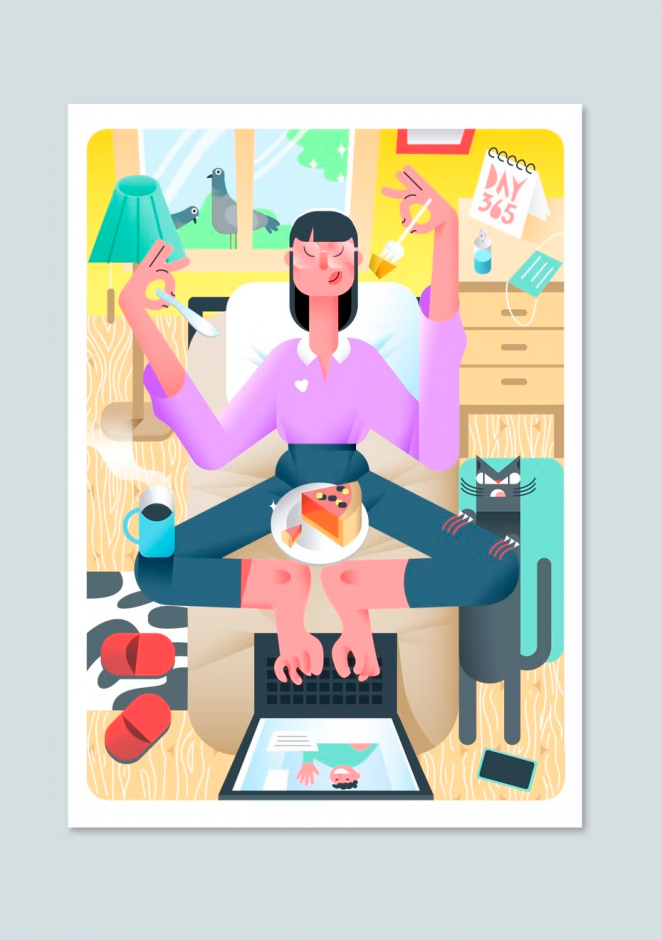 Designers have been looking for methods to breathe new life into the flat vector artwork mandated by digital design standards for years. The designers of 2022 are inspired by earlier flat design pioneers, particularly the Ukiyo-e artisans of Japan's Edo Period.

Ukiyo-e is a printmaking technique that uses hand-carved woodblocks to create artwork. The Great Wave off Kanagawa is one of the most well-known paintings in the style. Bold outlines, flat colours, and restricted perspective approaches were frequently used, all of which are known to vector artists.

Over the course of 300 years, Ukiyo-e artists rendered everything in stylized flatness, from landscapes to local celebrities to mythic scenes. Though they mostly showed common scenarios that would appeal to the merchant class, face emotions and human positions were sometimes exaggerated with a touch of fluidity. Similar approaches are now being used by designers to give conventional flat vector sceneries the same remarkable look. 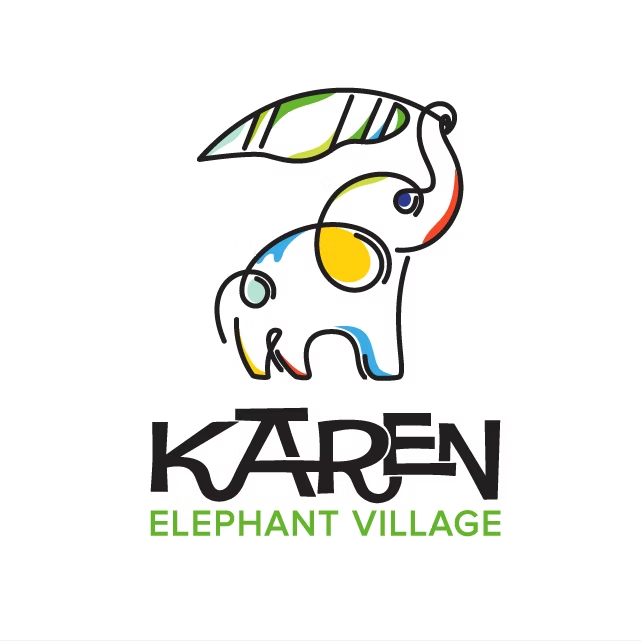 When your mind wanders during a zoom presentation, doodles are more than just random shapes. What you draw might reveal a lot about yourself.

The designers of 2022 are integrating a piece of their own abstract mindscape into their professional work with these meandering doodles. This can help to bridge the gap between digital technologies and a human touch, resulting in more approachable designs.

At the same time, this does not have to be incompatible with digital design—tools like animation may serve to evoke the doodling process's freeform sketching nature. 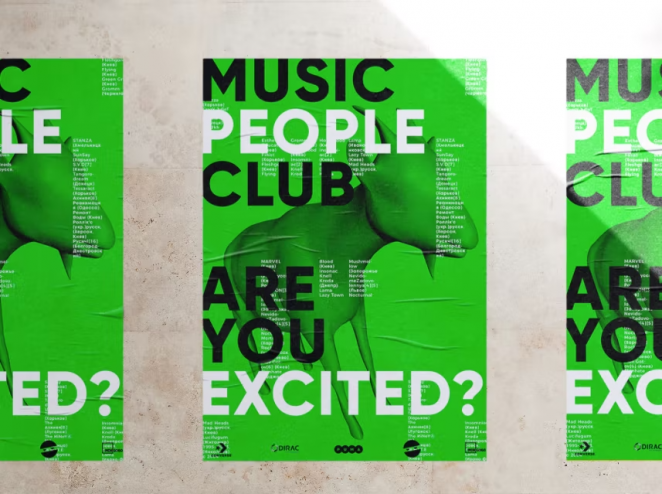 The app race has established rigid design rules centred on usefulness above everything else during the previous decade. While this has resulted in user interfaces that are simple to grasp, it has also resulted in a level of monotony throughout the digital environment. Many artists have fought back by breaking the rules. Some intend to completely destroy them by 2022: meet the anti-designers.

Anti-design (which is similar but not identical to Brutalism) is exactly what it sounds like: it rejects established design principles and aesthetic preferences. Asymmetry, clashing colours, minimal interfaces, packed components, and sharp typography are all issues. While we encounter it most often in the digital realm, its rebellious attitude can be applied to any design setting. According to its detractors, the style is ugly for the purpose of being ugly. To its supporters, however, it develops designs that are free of aesthetic criteria imposed by others.

Anti-Design has been around for a year, but it's becoming increasingly popular. It's a design that ignores standard design principles, uses clashing colours, and uses illegible type. 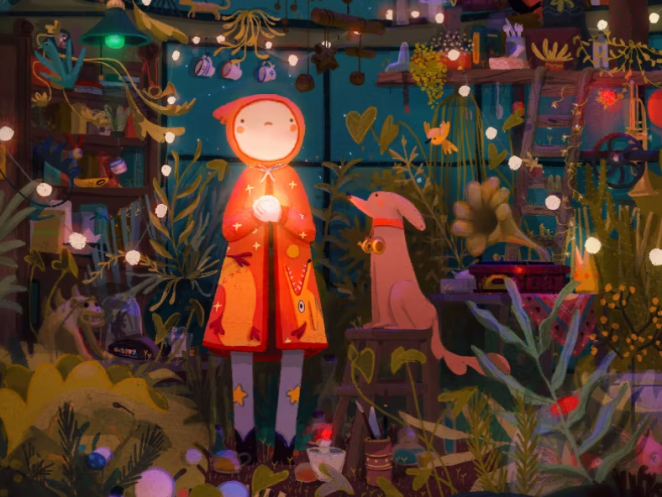 Last year, we saw designers use innovative journeys into nature to get away from stay-at-home requests. Since then, they've delved further and deeper into increasingly bizarre universes. Escapism in its purest form is reflected in the creations that result.

Escapism's allure stems from its intrinsic wonder, not merely from the retreat itself. Unexpected hues, tempting locations, and imaginative character designs abound in this style. It's a means for both designers and spectators to have their imaginations broadened. While this is mostly an illustration trend, it may be great for label and website background designs. The aim is to populate these worlds with dense, interesting visuals that will draw viewers in as they explore.

The globe is a very varied place. Don't forget to try new things. Experiment with totally new design concepts. It will be a brain-stimulating event. 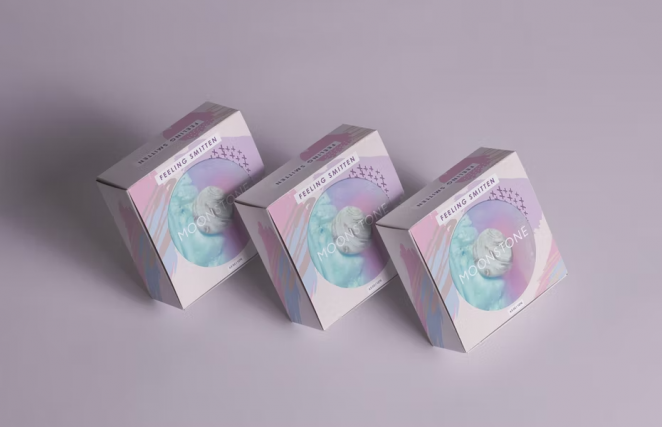 The folks of the Y2K period were certain that technology would be their demise in a far more concrete sense than we are today. When it turned out to be inaccurate in the year 2000, the thunderous sigh of relief gave way to a resurgence of technical optimism. However, in recent years, social media isolation and disinformation have dampened that greatly. It's no surprise that many designers are using Y2K-inspired designs to regain that early sense of wonder—when everything seemed possible thanks to technology.

Crude interfaces, low poly CGI, bubblegum pinks, blues, and iridescent hues evocative of CD backs characterise this phase, which spanned the late 1990s and early 2000s. In many respects, it resembles cyberpunk, but instead of being dark, neon, and sleek, it is considerably brighter and sweetly nostalgic.

Y2K is a mix of grunge, anime, pop, and technology. It has a cheap vibe to it, but in the best conceivable manner. The decade of the 2020s was previously thought to be the pinnacle of design and technology. We are increasingly looking to the past for inspiration, rather than the polished minimalism of the present. The Y2K craze of the early 2000s, in all of its tacky, metallic grandeur. 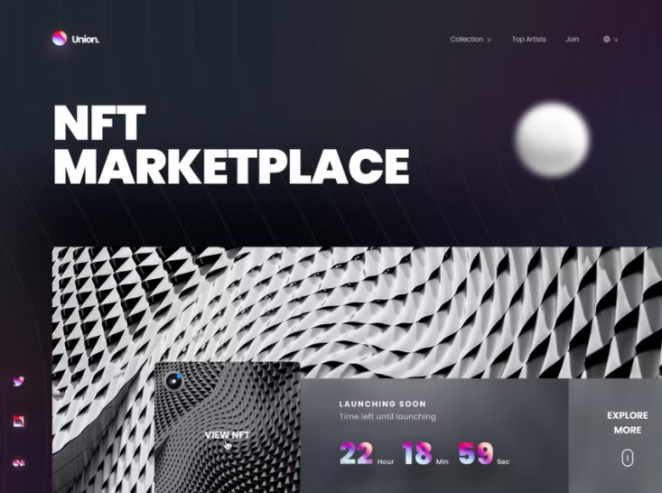 Graphic design relies heavily on patterns. They may be used to break up plain colours and provide a background more visual appeal. Designers are using parametric geometry to bring statement patterns to the forefront in 2022.

Parametric patterns are complex geometric constructions in which each line changes in response to its relative position. The style is effectively based on graphs of parametric equations. These patterns are fluid and three-dimensional, giving them a feeling of movement rather than architectural rigidity, despite their geometric roots. Parametric patterns are employed in 2022 designs to depict the intricacy of their subject matter, whether it's human communication or identification.

This is an example of how design can convey with the smallest amount of graphical components. The major emphasis is a parametric pattern that I drew to depict clutter, noise, and a mental barrier. 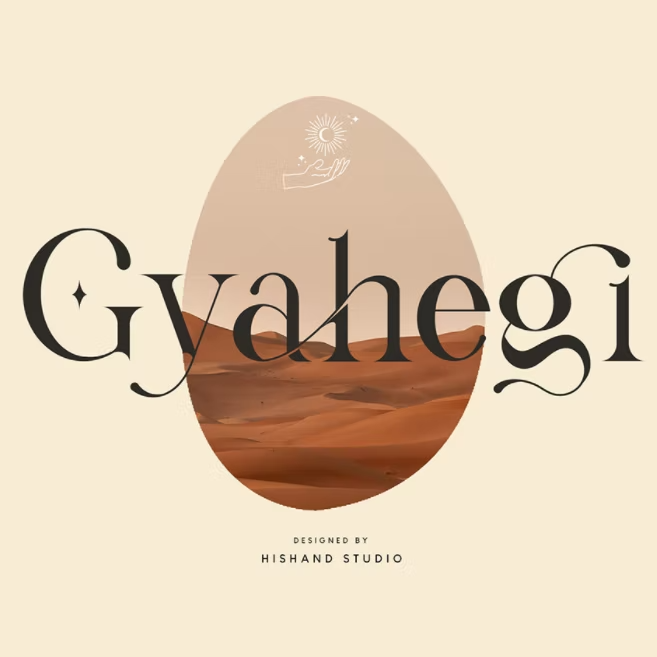 Another style that harkens back to the 1990s, but from the perspective of young people, is Frasurbane—a combination of the 90s American sitcom Frasier with the term "urbane." It looks at GenXers who were finally settling down in cities and earning enough money to partake in some high culture at the time. Frasier's Seattle apartment, for example, included a grand piano, a modernistic fireplace, and a statement column, all set against a beige backdrop.

Although the style has mostly been confined to the field of interior design, 2022 will see the introduction of the Frasurbane to graphic design. Stately serifs, muted colours, and carefully placed design elements are used to express it here. This is a trend that aspires to be both stuffy adult refinement and youthful city-dwelling hipness at the same time.

It does not reject conventional aesthetics in favour of disorderly chaos (as do anti-design groups), but it is far more of a culture-loving showoff than minimalism. When taken too far, the approach can come across as snobbish and arrogant, much like Frasier himself. Frasurbane, when done correctly, may embody a measured maturity. 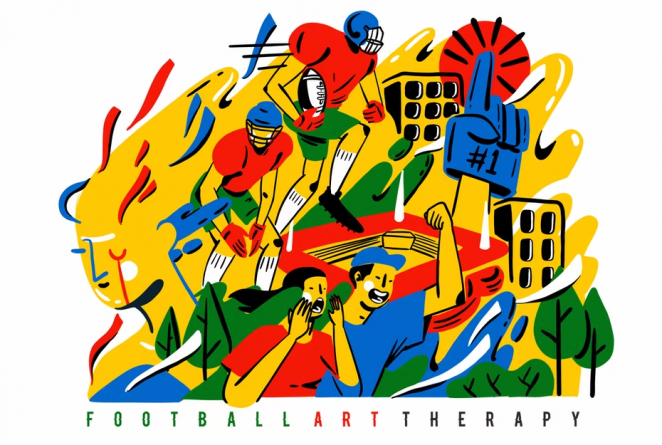 Although it's tempting to equate maximalism with its opposite "minimalism," this style accomplishes far more than its name suggests. Maximalism is about more than just filling space; it's about filling space with items, colours, and patterns that reflect the artist's desire. It's similar to how hoarding might represent a lifetime's worth of mementos that only the hoarder understands. Through similar interior design movements like "grandmillennial," the style has been spreading for a long.

In essence, the designer focuses on the individual components, and when we look at the whole thing, we get a jumbled buffet showcasing their cumulative and often conflicting tastes. In this manner, it's a style that's unafraid to show off all sides of a designer's artistic palette. While it is a fad, it has true staying power: with so many aspects vying for your attention, fresh discoveries are constantly on the horizon.

When chaos is well-designed, it may be extremely powerful and intriguing. After such a large push toward minimalism, it's only natural for design to focus on greater detail and detailed style of businesses and items. Minimal layouts aren't going away anytime soon, but I believe that adding more layers to compliment this powerful style will help it go even farther.

11. The use of extreme bubble design 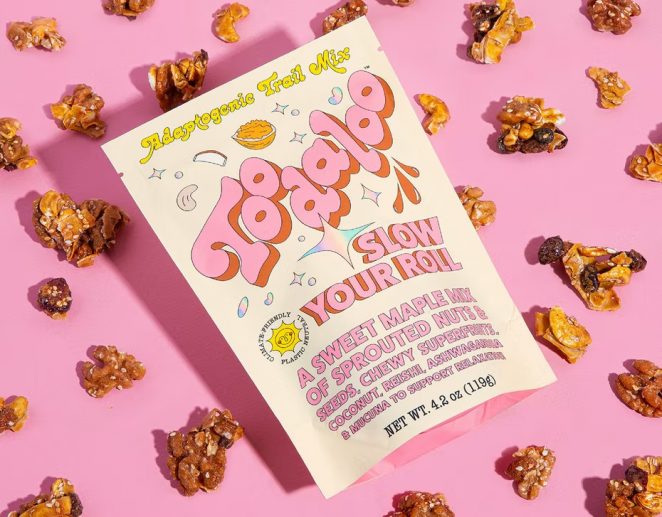 Every year, graphic designers find a way to inject some much-needed levity into their professional job. Designers are expected to be at work in 2022, recreating rounded graphics and font styles.

Due to their absence of corners, bubble forms have an undoubtedly positive effect, as circles generally represent warmth and lightness. However, unlike the typical bubble fonts and shapes (which frequently appear on children's products), the 2022 trend revels in exaggeration through elongated forms and psychedelic colours.

This gives these inflatable designs a more mature vibe, while yet retaining that fundamental element of childhood delight.

12. The revival of grunge 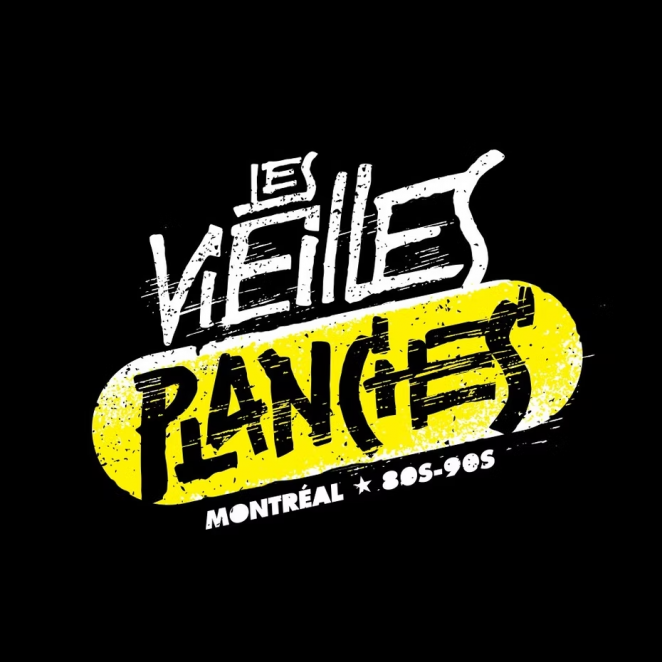 If 90s nostalgia is the child and Frasurbane is the yuppy adult, grunge is the destructive teen, . Grunge is anguish personified, and its resurgence is a realisation of a chaotic reality. Gritty textures, shadowy images, and zine-like collages distinguish it.

As ink trails and splotches generate an expressive sensation of movement, this design exudes released energy. Its hastily put-together appearance is reminiscent of the rapidly edited films that younger consumers watch on TikTok.

Grunge, in particular, has a tangible presence, rebuffing the clean, flat images of the digital era with analogue components such as tape, ripped pages, and scrawled handwriting. This emotion comes as a welcome release after a year of confinement spent primarily online. To distinguish yourself from the crowd, go rough and really homemade.