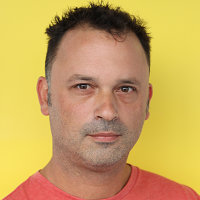 Virgin Atlantic has always flown with a 'Flying Lady', holding the Union Jack, to embrace the airline as the second British Flag Carrier. However, as a progressive and openly diverse company, Virgin Atlantic wanted to move on from the somewhat out-dated image of the pin-up girl and bring a set of new 'Flying Icons' into the world.

Hand-drawn by pencil to begin with, each Icon was crafted to create a family of modern diverse people. Zadie - Afro-Caribbean, Oscar representing the LGBT community (look closely at his trainers) Ray - the fiery red-head, Mia from China and Daley, the second male - and both Oscar and Daley become the first ever men to be on the nose-cone of Virgin Atlantic. When the icons are placed in order they form the DNA of flight - Accelerate, take-off, ascend, fly and land.

5 hand-drawn then digitally executed illustrations, all carrying the Union Jack and flying all over the world on the new Virgin Atlantic A350-1000 aircraft

Add yourself to this project
studiopro:Toby was verified as a studiopro on 14th July 2021 Annual 2020 ShortlistVirgin Atlantic Flying IconsIllustration Project featured: on 1st February 2020 Contributor:

Toby Tinsley has been a Contributor since 21st June 2018.