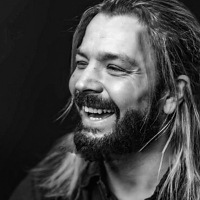 The brief was clear - To create the most creative covers for the 25 year anniversary for one of the oldest video game magazines in Europe. I was invited to create anything I had in mind and was given the opportunity to let me creativity flow as much as I wanted.

Print was done on both sides, front and back, with special coating, enhancements, and hidden symbols. It was printed and used digitally as an e-magazine all across Europe.

I had an honour to work with amazing team from one of the biggest video games magazines in the world - CD-Action to create two limited edition covers for their lovely 25-year anniversary. It was a great story of a long-time friendship put together on paper.

The story of videogames and technology in one picture? Why not.
I wanted to capture the 80's arcade, Pac-Man style vibe, something straight out of the arcade we have all been raised in as video games fans and instead of random posters on the walls - I have placed the covers from last 25 years of the magazine existence.

The second one is based more on the 25 typography, where different elements, pads and controllers were used as a base to create the big 25 that basically shows that those 25 years are made with videogames.

Everything was made in 3D environments, and every details carefully lit and placed throughout various selection of programs, including C4D, 3DS, Vred and Adobe Suite.

Simon Waloszek has been a Contributor since 20th January 2017.