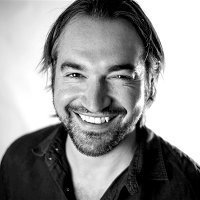 Skype Translator helps you communicate across language barriers, bringing people closer together. You can use almost any Skype-enabled device to make a free Skype Translator video or voice call with someone who speaks another language.

To tackle this, the brief was showcase a compelling, but not too dramatic (politically charged) example of someone using Skype Translator – Mandarin to be really effective at something important in their life.

In response, our narrative followed American Photojournalist Tom Carter as he used Skype Translator to talk to his guide Xiang Bin (in Chinese) and find the best vantage point to capture a commissioned photograph of Yangshuo. The result? Tom discovers the true beauty of rural China and takes the photograph he wouldn't otherwise have got.

Hello! I have this cool site http://preply.com/en/chinese-by-skype that helps you to mandarin by skype. It's really great , I recommend it to anyone who's looking forward to learn or practice any language.