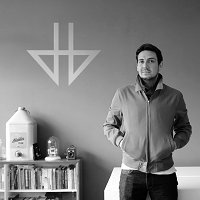 NOOK LONDON is hitting the high street this Christmas in the form of Brief; a two month pop up store in the busy Upper Street, London. From the 12th November 2015 to 9th January 2016 the store will showcase the entire Nook collection and feature a collaboration of homeware and lifestyle brands perfectly curated under one briefly appearing roof. The 'brief was to create a name and visual identity for the pop-up shop which would standalone on the High St while keeping the presence of the 'mothership' Nook London. The Nook logo was placed directly in with Brief for the two elements to emphasise each other and at the same time, combine as one. I took influence from the Nook London brand colour palette and developed it further as a backdrop for the minimal logotype. The overlapping blocks of colours is a reference to the collaborative nature of the pop-up and the numerous different brands that are involved.

Add yourself to this project
Project featured: on 28th October 2015

Brief: a pop-up from Nook London