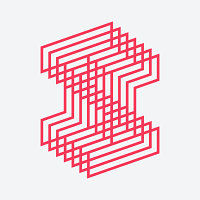 Ahead of the 2019/20 season, adidas tasked us to launch their new Arsenal FC home jersey to mark the start of a partnership between adidas and Arsenal FC.

To commemorate Arsenal’s return to adidas after 25 years, we created a hero film centred around North London - the home of diversity, community and Arsenal Football Club.

The spot showcases London inclusivity, through Arsenal players and fans from around the world feeling at home in London, and at Arsenal. Narrated by Arsenal legend, Ian Wright, the film shows how the players and fans have become part of the fabric of the club and community, adopting accents of North London and real Arsenal fans using lip-sync and dubbing techniques.

The hero film features players, past and present, alongside fans including Idris Elba, Tony Adams, Mesut Ozil, Vivianne Miedema and Mattéo Guendouzi. Paying homage to London, with cameos in a local barbershop, a North London café, a fish and chip shop, and across the streets of London.

The film formed part of a fully integrated campaign that went live across adidas, Arsenal and stars of the film’s social channels.

The campaign also went OOH in a North London ‘Tube Takeover’ at Highbury & Islington, Camden & King’s Cross stations, across retail stores, and featured in press with a wrap cover in the Evening Standard.

Add yourself to this project
Annual 2020 ShortlistThis Is HomeAdvertising: Digital Project featured: on 12th July 2019 Contributor:

Best hero film bar none! I know I am biased but I love this sooo much! COYG