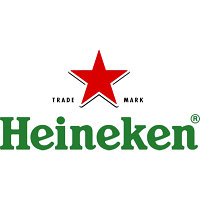 Desperados invented a beer born with something unique within - tequila and set out to own party occasions. Inspired by its daring heritage we created Inner Tequila Studios, a global stage to promote wild experimentation in music. The strategy for Train Trax, and all activations from Inner Tequila Studios, is to create authentic music experiments that remix the rules of culture.

Music unites tribes and defines friendships because it’s the only truly global language. Anticipators especially resonate with brands in the music sphere - 80% cite branded festivals and concerts as the best way to engage with them. But when travelling between the pre-party and the final venue, energy can drop. So with Train Trax, we wanted to prove that the journey can be as good as the destination.

Desperados and electronic music duo Mount Kimbie, teamed up for a once-in-a-lifetime musical experiment that added unique content to music culture. In Warsaw, we turned a train carriage into an immersive venue for Mount Kimbie to host a experimental gig for local fans.

The train was wired to be another one of Mount Kimbie’s instruments, shaping the track they recorded live. External RFID sensors were placed at certain points on the train track, so when the train passed them they became musical notes, which the band played along with live. Ambient train sounds were also integrated into the track in real time and the speed of the train dictated the BPM of the bass drum itself, so when the train sped up, so did the beat of the music adding another element of experimentation for the band. Throughout the show, fans were able to pull handles and twist rails to trigger samples and lights adding to the overall musical journey and resulting in an original take on a new song Synthi.