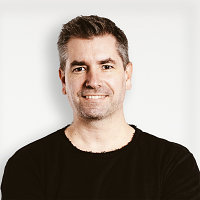 In April 2017 I had the chance and opportunity to shoot a campaign for Porsche Asia. The claim of the campaign was “Life Intensified” and the task was not only to shoot four colorful Porsche Macan S, but to find the proper locations for the fantastic vehicles in “Lava Orange”, “Viper Green”, “Riviera Blue” and “Ultra Violet”.

So the whole production, from creating the idea, location scouting and poduction, was in my hands.

And we wanted to produce four mini films to show our work and location scouting from behind the scenes.

I gathered a unique and awesome crew and at the end of April four excited guys entered the plane from Frankfurt, Germany to Taipei, Taiwan: David Schütte, Creative Director at Kemper Kommunikation, Johannes Maierbacher, filmmaker from Munich, Christian Bacher, photographer, who assisted me and made terrific behind the scenes shots and me.

One week scouting, thinking, re-thinking, re-scouting, laughing and, of course, shooting. And enjoying the world of Taipei.

We had company of the nice people of Porsche Asia like Michelle Fang and Yannick Ott, Endy and Yosh and of course Lucie the Fixer. Name is program, she is fixing problems, no challenge unacceptable.
And for three days we were accompanied by Kevin Wong and his crew from HYPEBEAST who produced a feature about my work and my approach to this shooting.

Congratulations, very good use of color, light and atmospheric atmosphere of the location :)