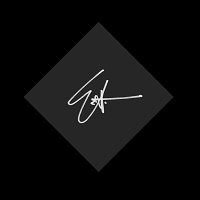 The forward-thinking team at Eleven01 sought out Eric Jordan to craft a highly futuristic and visually dramatic motion graphic to announce the world debut of their advanced next-gen blockchain protocol at the IBC International Blockchain Congress 2018, a high profile blockchain conference with over 2000 participants in attendance, along with the top names in blockchain/cryptocurrency and reps from IBM, Accenture, Microsoft, Infosys, and others. With a tight production timeline, Eric scripted, directed, and animated a high-end 3 minute motion graphic to be displayed on massive visual displays at the conference. Eric oversaw all aspects of it’s development including concept, design, branding, 3D, animation and sound design, including development of the narration voice-over script. Working directly with voice-over talent, Eric was able to direct a narration layer that served to become the audio foundation of the piece. A series of highly detailed UI animation assets were built and animated using an array of fully-custom 3D tool kits Eric designed specifically for the spot using Xpresso inside Maxon’s Cinema 4D software. In order to meet the challenging deadline, the various 3D sequences featured in the spot were rendered across a 3D render farm using an array of 120 nodes, each rendering seperate frames and compositing passes. Upon completion the spot was premiered before a large audience at IBC in India to officially mark the launch of the blockchain ecosystem, which is aimed at transforming the transactional economy of both India and the larger world. Finally, Eric went on to develop a custom branding schematic and website design concepts for the new next generation protocol – creating a synergistic and harmonious intellectual property from the ground up.