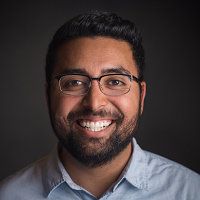 Concept: To continue the "You Can Play" genre (The first video I directed for them in 2018 and a 2019 Annual Winner) Musicnotes commissioned me for a follow up video entitled, "Dream". In this narrative, we depict the perseverance of a young female artist as she rises above rejection to pursue her dream of singing. The story also promotes the positive influence that unsung heroes that teachers have on talented artist. As the film ends, our lead actress is performing before a sold out venue with her parents watching on with pride. Backstage, our hero passes the torch to the next generation and the dream continues.

Copy: Music moves the heart. Inspires the soul. Dares to dream. What makes a dream reality? Unbounded support, inspiring dedication, someone willing to believe in your dream as much as you do. Which is why we’ve created the world’s largest catalog of sheet music. Expertly notated. Beautifully crafted. Easily searched. For every skill level. So raise your voice and give rise to your dreams.

Execution: From the beginning of the project I advocated for a diverse lead who could sing at a high level. I was very grateful that the client fully supported my artistic vision for the cast.

We found a unicorn in Emma Dias. Not only was Emma an outstanding actress but she also has an incredible voice. For the video, we produced an original song that features Emma’s extraordinary singing abilities. The music was written by singer/lyricist, Alycia Betz with the help of the Composer, Dave Olson. The recording was done in Milwaukee, WI in Dave’s recording studio. Unlike most videos. The music had to be produced first because it would be the main feature in the video. Emma was remarkable in learning the piece so quickly and able to deliver the song at such a high level.

For the production we partnered with Emma’s actual highschool to film in, which added another layer of realism for her. The filming took place over the course of two days. Our Production Designer, Leslie Iwai developed an elegant progression of colors to help create emotional subtext starting with blues and evolving into bright yellows.

This video marked my first official project as the Cinematographer which was both exciting and daunting as I also would be Directing it. For the look, I decided to film on the Red Gemini with Atlas Anamorphic lenses. I wanted to incorporate lens flares to enhance the dream like theme of the film. The Atlas Anamorphic lenses responded beautifully with the flares.

Results: The video received an excellent response from the viewers. On Youtube the video received over 769,600 views breaking the record for the previous video I Directed by over 200,000 views. And on Facebook, the video has garnered over 855,900 views and counting for a total of 1.6+ million views. This project also inspired Emma Dias to pursue filmmaking and she was recently accepted into Marquette University where she will be studying Production and Drama in the fall of 2020. Personally, this project was a dream come true for me as I was able to direct a successful Ad that promoted diversity in the narrative and on screen in both bold and beautiful ways that is not typically depicted.

Alex Miranda Cruz has been a Contributor since 30th January 2018.

Musicnotes - Dream | You Can Play