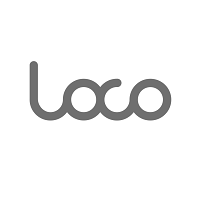 Creating social media content which reached more than 1.7 million views and over 18 thousand engagements, Loco helped Byron Hamburgers have a very merry Christmas, or should we say Cheesemas.

After the success of our special burger and beer social media videos created to mark their 10th birthday, Byron Hamburgers looked to us to help usher in another exciting celebration - Christmas! Byron have put their own stamp on Christmas as a festival of good cheer and cheese, and they commissioned us to create a video for the hero burger of the season, the Grande Fromagemas.

Under the helm of our Creative Director, Danny Coster, food specialist DOP Peter Bathurst filmed the components of this impressively cheesy burger at Byron’s Richmond restaurant. But, cheese-lovers will want to know is if it is indeed Britain’s Cheesiest Burger. To that effect, we were pleased to include the emphatically positive testimonial from cheesemonger, Charlie Barber, director of Barber’s Cheddar, the world’s oldest cheddar-makers.

Loco’s Dave Waldman worked with Byron’s PR agency, Splendid Communications to edit the cheese-filled footage for the social media marketing campaign. He incorporated Byron’s Cheesemas-themed graphics and cheesy pun-filled captions with a bell-ringing, cheese-checklist ticking Christmas tune. Jon Davey provided the finishing touches in our colour grading suite. The Grande Fromagemas achieved a remarkable 300k views within the first three days on Facebook and its engagement rate continued to climb into the tens of thousands in the run-up to the holidays.