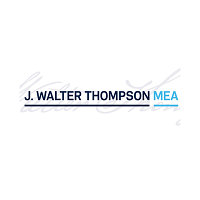 In 2016, a Moroccan TV station became notorious for a tutorial it aired teaching women how to use makeup to camouflage evidence of domestic violence. On the International Day for the Elimination of Violence Against Women, we helped ENTI.MA, Morocco’s most influential fashion and lifestyle magazine, to publish its own response.

In a video that offered to teach women how to remove makeup without damaging their skin, a famous fashion blogger is shown gently removing her makeup, slowly revealing the dark bruises that lay beneath. As the blogger stares hauntingly into the camera, a message appears on the screen: “In Morocco, 6 out of 10 women are victims of domestic violence. Do not cover up his abuse. Show it.”

In just 24 hours, the video was viewed more than 3 million times, and has been shared over 6 million times across social media.

As the campaign grew, local politicians were pressured to reconsider existing laws which don’t protect women against violence.

Add yourself to this project
Project featured: on 28th July 2017

This is so important! Amazing work!

A harrowing point made by subverting expectations. Uncomfortable to watch, but that's exactly how it should be!