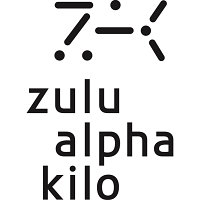 CONCEPT:
The Amazon rainforest, one of the most ecologically significant environments on Earth is burning at an alarming rate. In 2019, over 47 million acres were destroyed – the highest rate of destruction of the Amazon rainforest in more than a decade. The impact has been devastating. As a result, over 50,000 plant, animal, and insect species are now extinct and over 200 million tons of carbon were released into the atmosphere.

In August, the world watched as severe wildfires ravaged the Amazon rainforest. Shortly after, despite no end to the situation in sight, the story seemed to disappear from the news cycle.

The Amazon Rainforest Conservancy (ARC), a registered charity that works to purchase and secure land in the Amazon to protect and preserve, set out to bring attention back to the rainforest and raise funds.

EXECUTION:
Our campaign centred on the insight that every holiday season, families tune in to the Yule Log TV channel to bring a feeling of warmth, togetherness, and holiday spirit. To capture the attention of the public and press, we recreated the classic Yule Log channel, renaming it The Rainforest Fire Channel. On first glance, the live stream looks like a traditional fireplace with a yule log burning, which then transforms into actual footage of the Amazon burning. The result creates an eerie reminder that, while we are celebrating the holiday season with family and loved ones, the Amazon is burning.

The campaign launched with the microsite as the central hub hosting the live stream. Large-format, digital out-of-home and TV spots were donated by local media companies to help bring awareness to the channel. We created social media content to leverage multiple real-time conversations. To begin, we developed 12 tweets, one for each day, to coincide with the 12 days of Christmas. Each tweet communicated different dire statistics in context, such as “On the first day of Christmas, 129,000 acres were destroyed.” We extended the campaign to the Academy Awards, challenging the attention and money given to the event. Tweets went out in real time, such as “During tonight’s Oscars, the Amazon will lose 3,240,000 trees.”

RESULTS:
Results have been outstanding for both awareness and fundraising. Our OOH gained over 185 million impressions and social sentiment has been entirely positive, with engagement rates at 7.6%, more than double the industry standards. Donations year-over-year have increased over 875% and the total number of unique donations increased by 313%. ARC plans on using the donations to purchase over 160 acres of land to protect in the Amazon. Most importantly, the campaign created new momentum in the media, starting with coverage on The Weather Network.