With an integrated multi-media approach, Zulu Alpha Kilo and Subaru Canada partnered to celebrate the launch of the Wilderness edition trim line in Canada with a spectacular spot to cut through the competition and stand out from the crowd.

The campaign depicts an Outback Wilderness edition as an untamed beast being returned to its natural habitat via an helicopter. The campaign spans across several channels, from OOH to Digital, TV and Print, with the aim to "make an entrance that people will remember" – in the words of Subaru Senior Vice President of Sales, Marketing and Brand Don Durst.

With such inspiring work, top Creativepool ranked agency Zulu Alpha Kilo surprises the team here once more with incredible production value and a top-notch campaign which we simply couldn't help but enquire about. Today we are getting Behind the Idea thanks to a chat with Wain Choi, Executive Creative Director at Zulu Alpha Kilo. 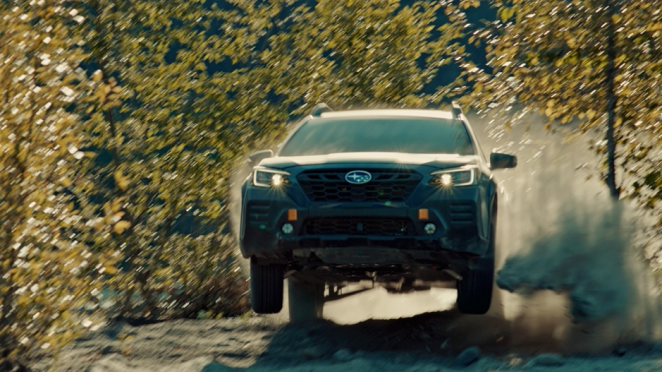 To introduce a new breed of Subaru – The Outback Wilderness. This Outback represents the first of many Subaru SUVs to wear this badge of honour. Now is the time for Wilderness to show that Subaru can take it to the next level.  Don’t say it, show it.

We all agreed that we needed to demonstrate its full capability. It couldn’t be yet another SUV ad filled with meaningless driving footage. We also had to compliment the engineers and show that this vehicle has a soul. So anything overly ad-like was quickly torched (we all know how viewers are quick to hit skip on those ads). So it came down to us saying no a whole lot more than yes. A great process for arriving at where we did. 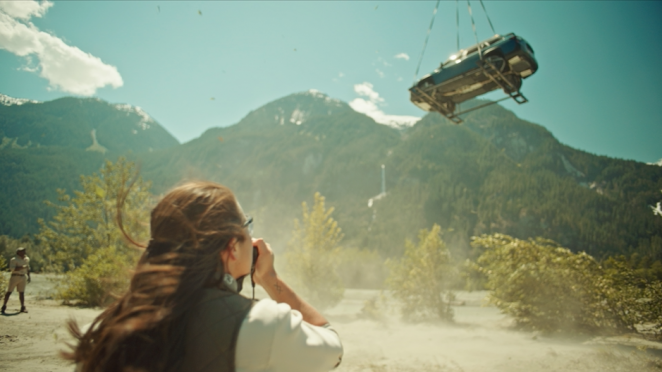 We began exploring every avenue of it being an animal. We then added the layer of how it first needed to escape the city in order to arrive in wild.  Seeing footage of a Rhino being transported in Africa helped us create the necessary tension. Once back in its natural habitat it could then run free. So treating it as an animal, a rare beast, became the overriding motivation that led to our call to “Set it Free”. Also, once seen as an animal, viewers could now see it as more than a car.

Finding a production house that could acheive this (safely) in camera was paramount. What followed was finding directors whose back yard was literally the wilderness. We were absolutely blown away by the amount of suitable directors and production houses in Canada who could pull it off in a meaningful way. Even with tight deadlines we were entirely spoilt for choice. We chose The Sherpas who are represented by Animals. We could not have wished for better collaboration with Eric and Dave who overdelivered on delivering their vision.

We kicked off with a bang and made some noise on Twitter. For reasons of safety, transport Canada insisted we fly our Outback Wilderness out over English bay at five am in the morning. The large helicopter transporting the Wilderness woke up the City.  Sorry Vancouver, this was the safest time.  Here are a few interesting quotes: “This is Jeff Bezos gets to work.” Quote Tesla – Quote Uber quote “engineer quote”

This is the one vehicle that truly belongs in the wilderness, not in the city.  It matters because it distances Subaru from all the wannabes. 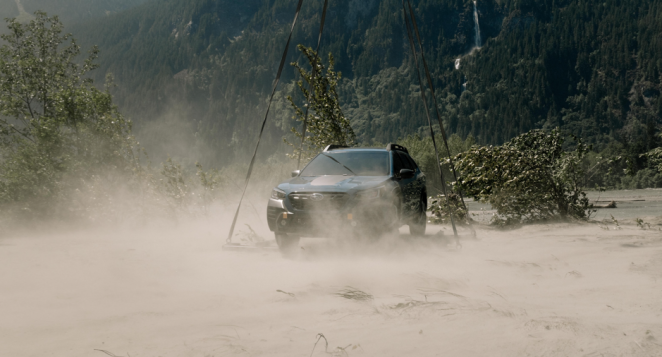 What a great way to start a spot – a vehicle being airlifted by a helicopter. We then kept the energy from top to tail to communicate that this is one special beast.

We had a tight turnaround so we were on air within two months of our first presentation to Subaru’s executive committee. The client loved it right away (thank God). Sometimes a tight deadline keeps you focused. 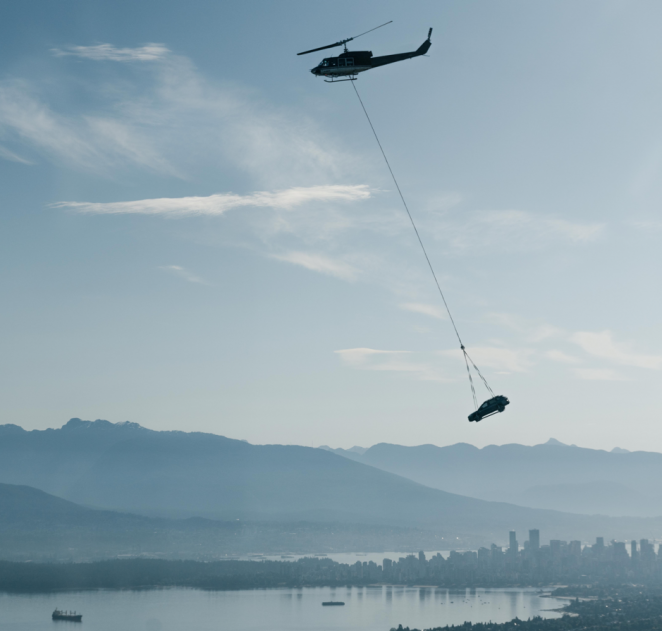 Our hope is for more consumers to consider this Subaru based on its unbelievable capability. What better way to get outta the city? We showed it rather than say it.