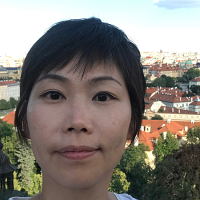 Yulife is an insurance startup that incentivises its customers to live more healthily. Users complete daily challenges in a game-like app that is provided as part of the insurance product. By completing these mental and physical exercises, such as walking, or spending time to focus on mindfulness, users are rewarded with in-game currency. This currency can be used to buy vouchers in the app from partners like Amazon, Asos, Avios; or for discounts on products from Garmin and Calm.

As the company's first and only designer, my job was to merge the concepts of physical and mental exercises, and the stakeholders’ vision of gamification; and to design the entire game experience in the app, from research, UX, UI to final product.

We decided to use visuals to tell the story and positive emotion the theme. The main character of the story is a giraffe, who is the brand mascot. The game plays out in chapters, each set in a different terrain from the natural world. In each chapter, the giraffe meets a different animal inhabitant, themed according to a unique positive emotion. There are four worlds in total: forest, ocean, desert and mountain.

The quests range from different levels of physical to mental exercise. By doing it, the user gets yucoin which is a token that they then can redeem in the rewards section. Each day users can choose which challenge out of the 4 they would like to participate in. The difficulty level reflects on the yucoin they get.

We studies the game mechanics and keep giving triggers - reward system to bring users back to engage more with the app. These include streak, surge, unlock challenges, chest box, leaderboard, and the progression on the map.

Each of the chapters consisted of 7 quests, and 7 chapters in each world. The chapter is themed by the positive emotion such as: love, discipline, balance, endurance, connection, nobility, and unity.

Progress map is another important mechanic because it builds a mid/long term engagement. The final chapter of each world is locked so it creates surprise as well as a motivation to keep moving forward.