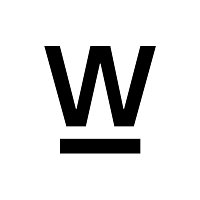 When Paul Hughes, founder of Black Storm Brewery, heard that a seemingly happy close friend committed suicide, he wanted to do something to help and to raise awareness. So he turned to his network of friends, suppliers, and supporters to create a collaborative set of beers in aid of The Campaign Against Living Miserably (CALM), who are leading a movement against suicide.

The team at Black Storm wanted to remind everyone they could reach that other options are available, and are using their beer, audience, and friends to bring people together. In The Stars goal is to raise funds to provide more support to the 4000 men each year that believe that suicide is the only option.

Paul Hughes and the Black Storm team took it upon themselves to organise, orchestrate, and deliver the project. With some brewing mates from across the country they brewed 12 amazing beers, with all profits raising funds to support the charity.

A collectable, collaborative range to raise awareness of CALM, provide support to the charity, and encourage men to talk.

Wonderstuff were proud to support Paul, who they’ve worked with since Black Storms's inception in 2017, to bring In The Stars to life. Building on the previous collaborative beer range for Black Storm (12 beers in 12 months), they based this In The Stars on the zodiac calendar and created a set of twelve designs, with a range of illustrations and graphics for the cans. With the can artwork complete they created box artwork for the 12 beers, and assets for use on social media and marketing for the beers to be launched at Brew//LDN 2021.

Brew//LDN 2021 will take place at Printworks, London, and is set to give a huge platform to the industry's finest innovations in independent brewing, cider production, spirits, snack stands and street food.

Who pooled - A Collaborative Project for a Good Cause

Back to A Collaborative Project for a Good Cause project