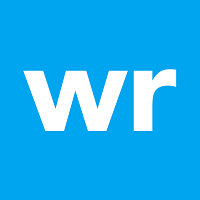 PROBLEM
Cyberbullying has been a growing problem lately. A recent study has suggested that bullied teenagers are three times more likely to commit suicide. In Europe – where cyberbullying is punishable by imprisonment – the situation is severe: victims are still discredited, or afraid to report it. But bullies are free to use their smartphones as a weapon to spread hatred, especially on WhatsApp, which is a popular platform of conversation for youngsters. Unfortunately, due to its indestructible, end-to-end encryption WhatsApp has turned into a safe haven for bullies to act.

IDEA
We had a shocking discovery, that no one had realised before: that every mobile provider has an anti-violence clause in their "Terms & Condition". It informs costumers that anyone using the service for bullying will, by law, have their contract cancelled. So we teamed up with nine universities in Portugal, and created a website that allowed victims to anonymously report the aggressors number to his mobile provider.

EXECUTION
We analysed more than 157 mobile providers' contracts in Europe. We crossed data with our mobile recognition system, and made these contracts available on our platform. We created 20 individual, digitalised hand-drawings by the help of a graphic artist who is a victim of cyberbully as well; so her personal experience and misery gives credibility to her drawings, which highlight the many different forms of cyber harassment, from stalking and fake profiling to trolling and outing. Since the launch of the campaign more than 60 countries have signed up to the projects, and 1600 individual reports have been filed for cyberbullying, while the campaign has earned 20M US dollar worth of media impression, and reached 300M people worldwide.

White Rabbit Budapest has been a Contributor since 8th January 2019.