When not choosing us is the biggest risk you can take...

I came across a post from Richard Shotton (it's here) discussing Rory Sutherland's recent piece on how perhaps agencies are missing a trick in the pitch process by selling only the positive and not the negative (and I noted the often fierce reaction to Rory’s musings). However my own experience would suggest that Rory is on to something.

I once went through a long period at BMP (almost a year), when I was running new business, when I had 100% conversion rate of chemistry meetings to pitch shortlist.  Really – every single one.  I did it because I learned a trick. While I would go into every chemistry meeting with a full deck of agency credentials, we seldom got past slide 3. Slide 3 said:

This was generally met with incredulity, finger pointing, cries of ‘that can’t be true’ and nearly always crucially, someone would say “if that was true, you’d be the largest agency in the country”.

Skipping over the fact we were almost the largest agency in the country (and safe in the knowledge that we had effectiveness papers up the wazoo and three times as many effectiveness awards as any other agency to back up my bold claim), I would instead ask them to look at their pitch criteria – on what basis would they be scoring agencies? 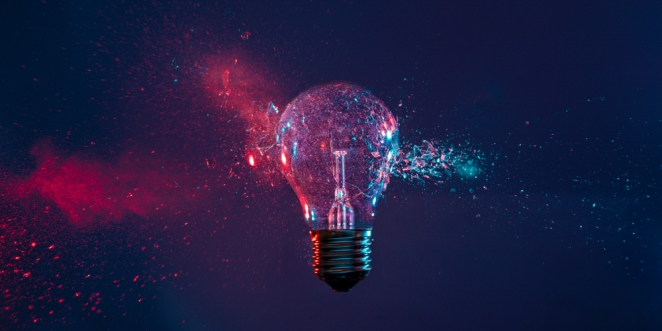 I’d then suggest some of the criteria that were probably on their list. ‘Creativity’ nearly always featured near the top. As did ‘experience in my sector or with a problem like mine’ (the perfect agency for a pitching client was one who had done brilliant work for their biggest rival, but who had recently resigned the rival account for no problem of the agency’s making). Other popular criteria were ‘a team I’d like to work with’ or ‘work I admire, aka “I’d like one of those’.

I’d then ask how high ‘effectiveness’, as defined by commercial return on investment featured. It seldom did.

We’d then commence a healthy discussion about why making money and maximising return on investment mattered in the choice of agency. Which usually finished with a discussion about whether they afford not to be talking to the most effective agency in Britain (I notice Tom Morton raised loss aversion in his analysis of Richard’s original post – that BMP training showing through there Tom :-) ).

And hence, through risk aversion, we’d get on every single shortlist, every time. They'd agree they couldn't afford not to shortlist us.

This of course begs the question, ‘why did we ever stop that approach’? which we quite deliberately did. I’ll save that for another day…