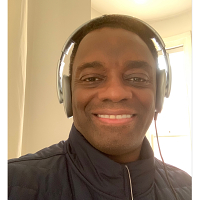 There was no brief on this shoot. Anthony Joshua, Kevin Hart and The Rock were having an impromptu meeting and I was asked the day before to go and get something shot that would be available for tv broadcast and social media. Using Kevin Hart as the centre piece of the spot I simply briefed them on what it was we were looking for and allowed them to improvise - very easy for Kevin Hart to do allowing the others to feed off him.
The concept was AJ telling Hart and The Rock what his fighting technique he was going to adapt for his forthcoming fight.

They had given us just 15 minutes of their time so we used two hand held cameras so as not to limit ourselves movement wise, but also to give the spot a very unobtrusive feel