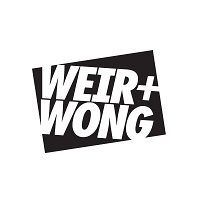 In order to cement their position as ‘the number one power up for gamers’ Saatchi+Saatchi asked WEIR+WONG to create a gaming robot that would live with ALI-A and learn everything about becoming ‘a beast of a gamer’.

WEIR+WONG, Robosavvy and Hirsch and Mann have collaborated to create the world’s first socially curated, artificially intelligent gaming robot. The Fridge Raider Hunger Automated Nutritional Kit, or FRHANK for short, lived with Ali-A and hung out, played Call of Duty, learnt how to speak ‘Gamer’ and served Fridge Raiders.

The Cool stuff
FRHANK is an advanced gaming robot. His key features are:

Feature 1 - He has a speech recognition unit, which allows him to respond to key phrases and questions. Initially, his ‘gaming vernacular’ wasn’t particularly up to date. To improve this, his community and fans submitted new responses through the FRHANK website. This new, socially curated vocabulary, is downloaded to his brain on a daily basis.

Feature 2 - His power unit stores a range of Fridge Raiders and FRHANK offers you this during conversation if he thinks you are in need of a ‘power-up’.

Feature 3 - He detects the gameplay on Call of Duty by sniffing the signal sent from your gaming controller. He reacts to how well or how badly you are doing in the game.

Feature 4 - He is a self balancing robot and uses accelerometer technology similar to that of a Segway, in order to stay upright.

Feature 5 - He has an OpenGL animation system that allows him to convey emotion in real time, during conversations. Users on FRHANK’s website could submit new expressions for him to learn.

Feature 6 - He has a dictionary of gestures that allow him to express himself using his arms and head movement.

Feature 7 - Users on frhank dot com submitted designs for a new arm. The winning design featured a humanoid hand and a projector that allowed him to beam Playstation games onto any surface in front of him.

WEIR+WONG were brought onto this year’s project at it’s inception and worked closely alongside Saatchi+Saatchi during the conceptual phase. We developed the creative idea, designed and engineered his artificially intelligent brain including his facial animation system. In order to realise the physical development of the robot, Hirsch and Mann designed the physical look and feel of the robot, the LED armour canvas, the game console controller sniffing. And to complete the production trio, all motion control, robotics, 3D printed parts, self balancing, gesture control was created by Portuguese company Robosavvy.

197 years worth of FRHANK videos watched on the Ali-A YouTube Channel
2.5 Million Website Visitors
FRHANK has been taught 382,000 new words and phrases by his legion of fans.
An anonymous bid of $4M to buy him was made.

Add yourself to this project
Project featured: on 19th June 2016