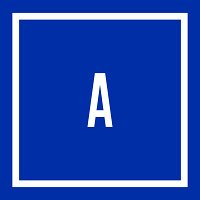 Challenge
Amplify were challenged to bring the MTV EMA’s after party back to its home turf in London, creating one of its biggest celebrations to date.

Insight
With the MTV EMA’s returning to London after two decades, the music channel was looking for an after party that reflected London’s cultural diversity as well as MTV’s fun, irreverent and fearless vibe.

Strategy
To use London to reflect the vibrant, visual heritage associated with MTV, whilst executing moving and static experiences that evolve throughout the night, bringing the after party back to London with a bang.

Solution
MTV EMA After Party
Amplify delivered an exclusive after party for MTV, inviting VIP guests, talent and a-list media to its return to London after 12 years.

Donning the theme “it’s a London Thing”, this party had an urban edge inspired by London’s finest garage, grime and house acts. Performances from the legendary DJ EZ, Manny Norte and Ray Blk hyped up the crowds, giving people a real taste of London’s music scene.

Food was available from a string of independent street food vendors including Luardos tacos, Hanoi Kitchen and The Little Fishy. There was even a secret pub for guests to discover at their leisure, showcasing acts including Jodie Harsh and Hutch.

And to make the space truly unique, energetic visuals of London cityscapes were projected onto the walls, using a voile a cube that hung from the ceiling. Special effects twisted these projections together, creating an abstract setting that constantly evolved.

But, the ultimate party in the capital wouldn’t be complete without something a little more iconic. Working with Village Underground, Amplify integrated a real life London tube carriage into the space, providing a backdrop that oozed heritage for the DJ’s to spin the decks late into the night.

One things for sure, Amplify created the only place worth partying at after the MTV Awards- and why? Because it’s a London thing.

Amplify has been a Contributor since 31st January 2017.