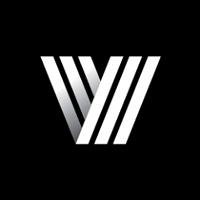 When Visualise was approached by agency GTB to recreate the 1976 cult French film, C’était un rendez-vous, directed by Claude LeLouch to celebrate Ford Mustang in Europe, we knew we could rise to the challenge.

Paris has transformed and changed considerably as a city since the original film. Some of the roads featured are now one-way, others no-longer exist and unlike the original, shot in a single take at 5.30am, the 2016 360° reboot was filmed over two days under the permission of the French authorities.

To produce a 360 VR film as close as possible to the original required meticulous planning, we weren’t just following the same route, we needed to captured the same perspective but in 360.

To recreate the camera perspective we designed a custom rig which was mounted 12 inches from the ground onto the grill of the Ford Mustang and bolted to the chassis to ensure the cameras would be vibration free. We worked with our long-time partners at Extreme Facilities who took our designs and milled the rig, built exclusively for the Mustang and the specific driving conditions.

The re-make, shorter than the eight-minute original, has managed to maintain the sense of exhilaration and thrill as you travel past iconic sites such as the Champs-Elysées, Arc du Triomphe and up to the take in views of the car and city from the Sacre Coeur. Capturing those scenes was equally heart-stopping. Re-creating the classic scene at Sacre Coeur required the production team to temporarily move hundreds of tourists, retrieve the only key to unlock the bollard for access from a nun and stopping a large municipal vehicle from entering the scene!

Shooting on the live roads in Paris came with it’s own unique set of challenges, as much as Paris is famous for it’s incredible landmarks, it is also notorious for it’s congested roads and creative parking practices. Post-production was a huge and technically difficult series of tasks to clean-up other branded cars and blur viewable number plates.

As the film was shot over two days, we were dealing with weather and natural lighting conditions that were out of our control. Taking the final edit to MPC for colour grading ensured the sense of continuity was matched from scene to scene and injected the hues of day-break as in the 1976 film.

The immediate nature of 360 content was well suited to the concept of Re-Rendezvous which also brought viewers inside the car, adding a new level of immersion.

Claude LeLouch, the director of the original film, gave his blessing for the re-make. “C’etait un rendez-vous was a first in 1976; nobody had ever filmed an urban drive like it. So I was thrilled by the prospect of recreating this high-octane short using the very latest technology, making it even more immersive.”

Despite the challenging shooting criteria, Re Rendezvous manages to replicate the exhilaration found in the original film and brings it roaring into the 21st century. Using the latest VR 360 technology, Visualise facilitated a completely new perspective on the original motion picture for the viewer. ‘Re rendez-vous’ brought out the best in the old and the new, combining classic film and 360 VR – the first of its kind.

Will McMaster, Head of VR at Visualise who directed this shoot outlines the difficulties faced while shooting in Paris: “The project was enormously challenging, some even said it was impossible. We were tasked with recreating a film which was shot illegally and dangerously in 1976, in modern times, which meant we had to a number of factors to consider. Shooting these kind of driving shots in one of the busiest cities in the world wasn’t an easy task but we are over the moon with the final result.”

Add yourself to this project
Project featured: on 20th February 2017 Contributor: