Jaunt, the industry leaders in cinematic virtual reality, have partnered with Visualise to release “Love Letter from London,” a colourful nod to diversity in cinematic VR. The neon feathered film flawlessly captured last weekend’s Pride Festival in London and was produced by an all-volunteer team inspired by [email protected], Jaunt’s diversity team. The film includes interviews with British diver Tom Daley (who talks about attending his first ever Pride) and the Mayor of London Sadiq Khan, an ardent supporter of Pride and champion of inclusion in the capital. London Pride is a weekend of celebration and solidarity in London, which this year took place on 8th and 9th July and smashed previous attendance records drawing more than a million supporters.

The four-minute film captures London’s most colourful Pride ever, allowing audiences to experience the thrill and vibrancy of the festival as if they’re there, walking in the parade and driving on the floats. It was a particularly poignant celebration this year, marking 50 years since the partial decriminalisation of homosexuality in the UK – and now people can re-live such a jubilant occasion through the medium of VR.

In Love Letter from London, Olympic-medallist Tom Daley, who came out publicly in 2013, is asked what his personal love letter to the world today would say. Daley says: “Dear world, the one thing in the world that does not cost a penny is love, and I think that is one of the most important messages out there.”

The beauty of the film (below) is that it truly captures the feeling of being at Pride, meaning attendees can virtually return to the parade, and those who didn’t make it last weekend can get a taste of the celebration, in the hope that it’ll encourage them to come along next year.

The production, directed by Canaan Rubin, consisted of a five-person field crew operating a stereoscopic Jaunt ONE camera and several other vehicle and body mounted 360 cameras. The Jaunt ONE is the first professional-grade stereographic cinematic VR camera built from the ground up. Presenter and YouTube star Claira Hermet took the reins volunteering as host and Samba dancer.

In the film, Sadiq Khan makes clear his commitment to this year’s Pride theme, Love Happens Here. He explains: “One of the greatest things about London is that you’re not simply tolerated or accepted by who you are; you are embraced, respected and celebrated. There’s nothing better for me as the mayor of London than to walk in the front of the parade and celebrate what is a great thing about London, you are free to be whoever you want to be, you are free to love whoever you want to love - love happens here!.”

Using VR as a storytelling medium, Jaunt has set out to show the world what London Pride means to so many people. No matter where they are, people can experience Love Letter from London and see what celebration of LGBT+ looks and feels like.

Canaan Rubin, Director of Content & Production, EMEA, at Jaunt VR, added: “In the world’s current climate we wanted to show how love conquers all. Jaunt brought together an all-volunteer team to put the film together, including Visualise as our co-production partner who volunteered production and post services, as well as Whitecoat for contributing graphics and visual design, we couldn’t have done it without the full team effort.” 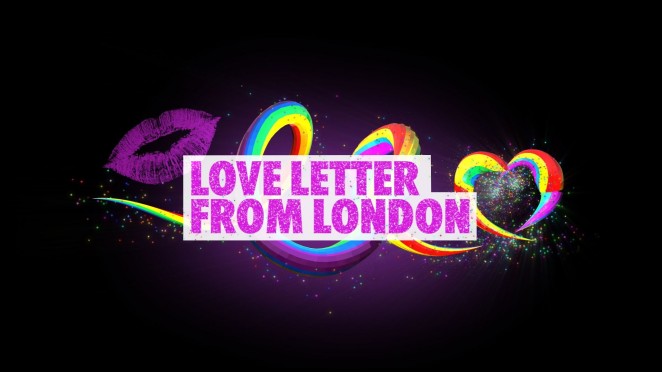