It’s no secret that virtual and augmented reality technologies are going to conquer the market in the coming years and change our media usage in increasingly 'Black Mirror'-esque ways.

Just like social media and the widespread use of mobile phones did previous, VR is fast becoming the biggest media change of the age. To date, the medium is used in games and videos, for the treatment of depression and PTSD, and to relieve phobias. Journalists and surgeons use it, NASA as well, and brands can now place products anywhere in the (virtual) world to tempt consumers. Similarly, courtrooms can recreate crime scenes for juries, moving the justice system towards ever more accurate verdicts.

It’s an exciting but ultimately fast-moving time for VR, so our new monthly post is here to help you digest all the latest goings on. And with 2017 shaping up to be such a blockbuster year for VR, this month we’re taking a look at what to expect come January. 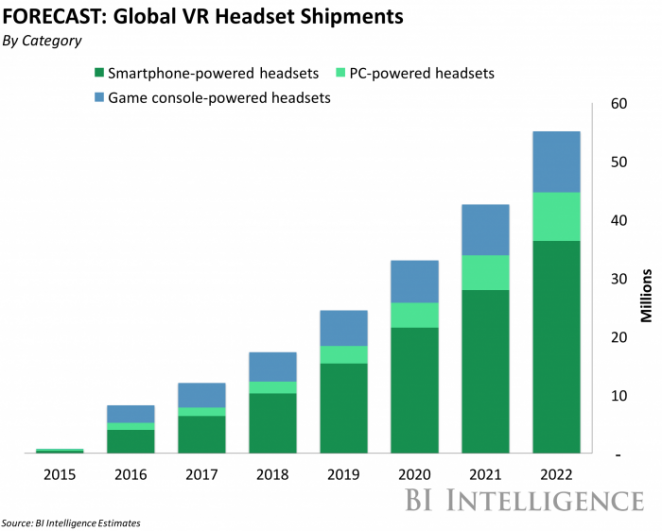 Last week saw the announcement of HTC’s newest subsidiary, Vive Studios, which follows on from Oculus’ own Oculus Studios. Both will now work to facilitate and release new, high-quality content for the titular HTC Vive and Oculus Rift headsets. This news is especially welcome in Paris, as France’s MK2 cinema operator opened Europe’s largest permanent VR space in the capital last Friday. It’s a space which allows visitors to experience premium, full-body VR with all the latest games available on all major headsets currently on the market. By making VR universally accessible in this way, we’re entering into an age of immersive VR arcades which will far eclipse the capabilities of IMAX cinemas. We predict China to be the biggest breakthrough market here. Watch this space.

The recent announcement that GE is teaming up with Chris Milk (Within, Here be Dragons) on a documentary series following scientific discoveries is an exciting breakthrough in the world of serialised VR content. ‘The Possible’ will be a five-part documentary series taking the viewer into places normally inaccessible to the public - where they’ll encounter scientific breakthroughs. This moves the medium closer towards the direction of TV than of the movies, but it's an expensive attempt by the GE brand to make its content more mainstream. Speaking about the partnership in a recent interview with Bloomberg, Milk said: “Everything feels very one-off in virtual reality. We want to give people a reason not just to watch something cool but watch something cool and then come back. It’s a simple concept that we are very used to in television but not one that we have really fully explored in virtual reality.” Once released, the series will debut on Milk’s Within app.

Microsoft’s 17 for 17 tech predictions forecasted a VR landscape so powerful and immersive by 2027, that it will be able to take users on mind-altering, hallucinogenic trips. Mar Gonzalez Franco, a researcher at Microsoft's commercial development unit said of the prediction: “By 2027 we will have ubiquitous virtual reality systems that will provide such rich multisensorial experiences they will be capable of producing hallucinations which blend or alter perceived reality. Using this technology, humans will retrain, calibrate and improve their perceptual systems.” Eek. Let’s see where this trip takes us... 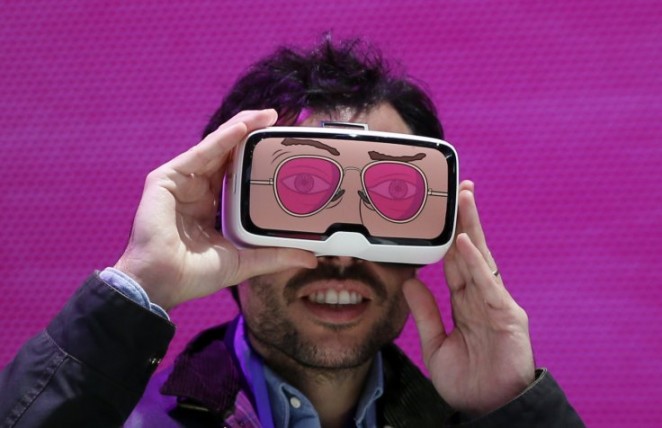 The New York Times’ annual celebration of the year’s best actors took a 360 degree angle this year. Featuring nine stars including Natalie Portman, Don Cheadle, Kristen Stewart and Ruth Negga, the series of short films were all shot in the surround, giving viewers complete freedom over the camera angle. The short but powerful scenes put the viewer in the perspective of a bartender, a cheating husband and more, giving Hollywood a whole new interactive angle and opening up the industry to ever more high-profile VR possibilities. See the films here.

When several major players in VR hardware come together under one name for the betterment of VR development as a whole, it’s safe to say you’re on the cusp of a prevailing technology. Last week Acer, Google, HTC, Oculus, Samsung and Sony all joined forces to form the Global Virtual Reality Association (GVRA), a non-profit group that seeks to "unlock and maximize VR’s potential" by “sharing best practices, conducting research, and bringing the international VR community together as tech progresses." In a statement released on the GVRA’s website, Facebook’s General Counsel for Oculus, Jordan McCollum, said: “We’re still very much in the early stages of VR, so it’s critical that industry leaders work together to create and share ideas on how we can safely build this industry. I’m looking forward to working with other hardware makers to proactively address the challenges we need solve to make VR a success over the long term.” Fasten your seatbelt for the VR rollercoaster about to depart. 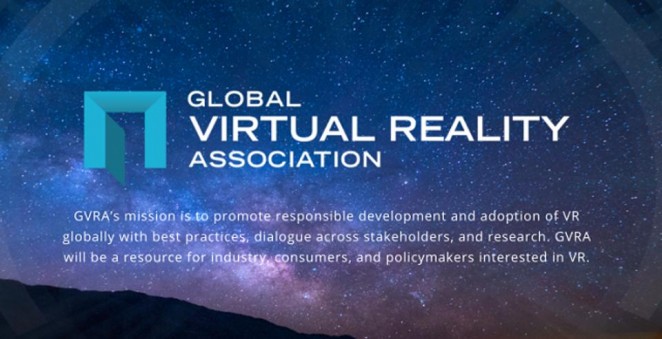 In November Google launched Daydream, the first virtual reality product compatible with mobile phones. Although Daydream can’t compete with the gaming experience of consols, its immediate success doesn’t really matter. Instead, the Daydream’s release gives the industry new ambition to make all its products fully compatible with mobile devices, pushing VR-mobilised tech forwards, and opening up the arena for a wave of innovations.

Hand-tracking company Leap Motion upped the stakes considerably this week with The Leap Motion Mobile Platform, a new system which uses cameras embedded in a headset to detect the finger motion's of the user. This next-generation system includes the absolute maximum field of view that a single sensor can support on a VR headset - 180×180 degrees. The company are currently building a reference system on top of the Gear VR which will then be shipped to headset makers around the world to show how this all comes together into a single cohesive product. It's a definite move towards the mobile, intuative displays of the future. 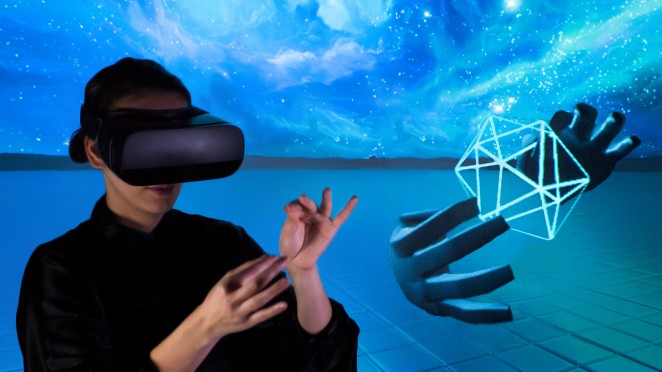 Netflix has also bought into the VR action with Netflix VR for Daydream now available on the Play Store. The app provides a gigantic virtual screen and a new, shiny digital environment to watch your favourite shows within. At the moment it's more or less the same as watching Netflix on an Android TV, but this is the platform’s first dip in the world of VR and all eyes are poised on where it might go next. Naturally, all of the content currently available on Netflix is accessible via the Daydream controller. 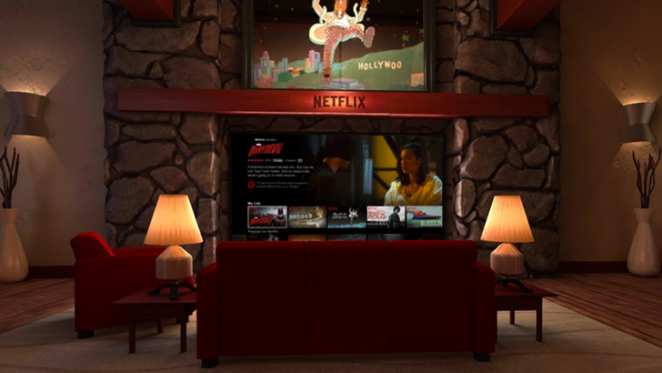 The above said, we asked Will McMaster, Head of VR at Visualise what he thought 2017 would bring to VR but he thinks we've still got a way to go. Speaking exclusively to Creativepool he said: "I see 2017 as a setup for 2018. 2018 will be a much bigger year for the medium. 2017 will see VR maturing as a platform, and VR slowly moving out of the novelty phase." McMaster thinks the current estimates of the sales of VR headsets in 2017 are probably over-inflated, but as the technologies mature throughout the year he sees this as a change in process. With this is mind, McMaster and his team are focused on "developing a narrative-led documentary series in VR, which is split up into multiple parts (similar to what Here be Dragons is trying to do). We are actively trying to make content which is longer and more emotionally engaging."

2016 was the year of inexpensive mobile VR headsets, a blossoming market and a tease of some really excellent user experiences. With the future so ripe for innovation, we're looking forward to this next chapter in VR. Come back the same time next month for the latest updates and if you've got VR news you want to share, connect with us here.