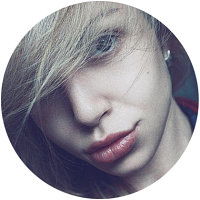 Anthony Dwane Mackie (born September 23, 1978) is an American actor. He has been featured in films, television series and Broadway and Off-Broadway plays, including Ma Rainey's Black Bottom, Drowning Crow, McReele, A Soldier's Play and Carl Hancock Rux's Talk, for which he won an Obie Award in 2002.
In 2002, he was featured in Eminem's film debut, 8 Mile. He was nominated for Independent Spirit Award for Best Actor for his role in Brother to Brother. His second nomination was for Best Supporting Actor at the 2009 Independent Spirit Awards for his role in The Hurt Locker.

He achieved global recognition with his portrayal of Sam Wilson / Falcon / Captain America in the Marvel Cinematic Universe, making his first appearance in Captain America: The Winter Soldier (2014), Ant-Man (2015), Captain America: Civil War (2016), Avengers: Infinity War (2018), and Avengers: Endgame (2019), as well as the Disney+ exclusive limited series, The Falcon and the Winter Soldier (2021).
In May 2016, he co-starred in the HBO TV film All the Way, and starred as Takeshi Kovacs in the second season of Netflix's Altered Carbon in 2020.