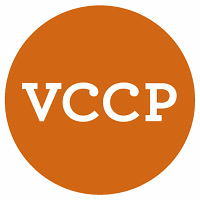 The pair have built an incredibly loyal and engaged fanbase thanks to their show,"Sanft & Sorgfältig" (Soft & Carefully). However, the show was cancelled in April causing a stir on social media and leaving fans on tenterhooks waiting for news of their next move.

With speculation running high, VCCP Berlin hoped to maintain this momentum by fuelling conversation about the pair's move to Spotify.

They teased out the move in an integrated campaign that played with different possible names for the new show, all of which were in the witty and satirical style that has become synonymous with the radio hosts.

Names included such things as "Masculine & Marinated" and "Vegan & Cuddly", all accompanied by equally bizarre photographs of the pair dressed as the titles suggest.

The campaign ran in Germany and Austria across Out Of Home, on radio, social media and Spotify itself.

Back to Fest & Flauschig project