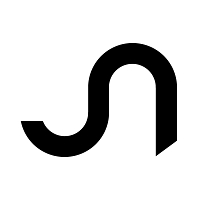 A self-initiated series created in tribute to the defining and pioneering acid house and techno, along with their various splintered sub-genres. Each piece is the track title immortalised in it's own unique typeface, with the track credits and details included.

This track in particular has a dynamic, Kraftwerk-ian type of sound which along with being a pioneering track within that celebrated Warp/Sheffield sound, is also very Germanic, sonically speaking. With that in mind, I wanted to create something that was powerful and confident, reflecting that negative space in the sound.

This piece is not so typographically-led, and visually hints more at what the title of the track suggests. One of the earliest examples of what would become known as techno, Nude Photo embodies the alien, illicit and seductive element of this music.

Visually, an attempt to convey the trapezing elasticity of the 808 in the lettering and the enveloping humming warmth of the synth loop for the shading.

Pulsing and stripped-down, No Way Back's minimal backing, insistent vocal and sinister yet psychedelic atmosphere were a good fit for the composition that I had in mind, that is, typography stretched to it's legible limits.

This piece celebrates the pioneering, DJ Pierre / Marshall Jefferson piloted, near thirteen-minute trip- sparse technically, but monolithically concrete and demonic in it's groove, composure and presence.

Voodoo Ray- slightly different approach with this one as typography takes more of a back seat. This was because from the off I envisaged a character called Ray who after getting home from his solicitor's firm, liked to stick a mask on and indulge in the dark arts. Voodoo Ray itself is jerky and hypnotic, but intrinsically English; the rhythm isn't fully confident and skittish like a newborn foal. I tried to emphasise that unique sense of subtle English ludicrousness in this work.

Add yourself to this project
Annual 2018 ShortlistPioneersTypography Contributor:

Jamie Ansell has been a Contributor since 13th January 2020.