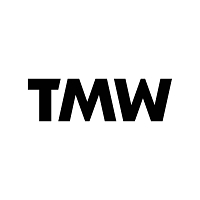 Concept:
100 years ago, Londoners gathered in Piccadilly Circus to celebrate the end of the First World War – a conflict that had claimed the lives of over 1 million British and Commonwealth service people. To mark the Armistice centenary in November 2018, we brought Piccadilly to a standstill once again – and compelled a whole city to engage with the sacrifices of the past.

Idea:
The First World War was one of the bloodiest conflicts in human history. But, with every passing year, the scale of death feels more abstract and unimaginable – especially to generations who, happily, have never really known war.
So when asked by Westminster council to mark the centenary of the end of the First World War, we set out to create an experience that would restore meaning to the shocking death toll – and help some of those who served to live again, if only for an hour.
We didn’t want this to be a memorial – we wanted to create something sensitive but impactful, that would help build an emotional bridge between the present and the past.
Our creative idea was driven by a startling realisation: if our war dead were to march past us in single file, it would take more than 10 days and 19 hours for them to do so.
A filmic dramatisation of this thought needed a dramatic stage. Piccadilly Circus, a place where Londoners had spontaneously gathered 100 years ago when they heard the war was finally over, seemed perfect.
And so, during evening rush hour on Friday 9th November, the famous Piccadilly advertising screens were filled with the sight and sound of relentless marching boots – each pair representing a soldier who died in the war. As the hour progressed, the death count in the bottom corner of the screen ticked ever upwards.
We successfully pushed for the chance to take over the screens in their entirety for a full hour, and augmented the normally silent screens with a sound system set up around Piccadilly. This allowed us to add an extraordinary aural dimension to the experience as the boots marched across the screen and echoed around the area.
The boots crossing the screens were periodically interrupted by 11 haunting stories of people who served in the war. People very much like us – some long forgotten, who were now having their stories told once again.
As the last pair of boots marched off screen, representing the 1,119,193rd and final soldier to be killed, our screens faded to black – and a lone bugler sounded the last post across an at-standstill Piccadilly Circus.

Results:
We wanted the film to have a lasting effect on anyone who saw it – whether passing through, pausing for a few minutes, or watching the experience in its entirety.
We also set our minds on creating something resonant enough to shape the national mood going into the Armistice weekend. Despite so many other high profile Armistice events taking place, we also wanted our activity to garner the attention of national media.
The resulting response was incredible.
From a simple synopsis of the idea, the media were captivated. BBC, ITV, and Sky News were granted access to a rooftop opposite the screens so that they could broadcast the event live. Radio stations like LBC, Heart, and Classic FM included it in news bulletins throughout the day. And newspapers like the Evening Standard devoted column inches to the film. In all, our activity achieved staggering combined reach of 391,976,620, plus a further 27.9 million from radio.
Feedback from those present was exceptional too, with an outpouring of heartfelt responses on social media. But the final word should go to Councillor Rachel Robathan, armed forces champion at Westminster City Council, who simply said:
“The sight of Piccadilly Circus being almost brought to a standstill will stay with me a for a long time.”

TMW Unlimited has been a Contributor since 4th May 2017.