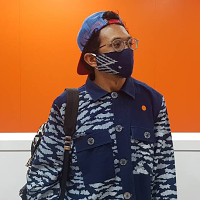 Background:
Most of people in Thailand have familiar to asked for the new plastic bag when shopping at supermarket,
Although it's just small goods that they bought, they often asked for the bag as well.

Tesco Lotus, one of the biggest retail store brand in Thailand, aware of the environment issue nowadays.
Tesco decided to not give the plastic bag for free of charge from January 1st, 2022 onwards.
So we would like to stimulate people to aware of this announcement to prevent the complaint.


Approach :
We would like to change this behaviour with less of waste. By the investment of just 1 marker pen.

We believe that the most credibility people who talk to people to reduce the use of new plastic bag is not any influencer, news reporter, prime minister or anyone but 'the bag itself'.

IDEA:
We introduced
'The Break Up Bag' and built the storytelling about
The break-up between human and the plastic bags. Although they passed the great relationship, hold each other, familiarity, happiness or tough time for a long time.
But it's time to move on between us.
We wrote on the existing produced plastic bags with various of 'break up' or 'move on' messages and give to the customers during December 26th - 31st.
People who ask for plastic bag will get these bag and get our message. And it will be the last plastic bag from us to them.
"It's time to break-up and times to move on" some of plastic bag said.
The Cashier staffs of many store in nation-wide follow this direction themselves, Then this idea has spread through the mass organically as well as the customer wrote on their blank bags themselves to attend this trends

Then viral happen another wave, Creativity among Thais happened!
They show-off their solution of the plastic bag replacement at store and share to social networks.

Result:
Simple but Remembrance Results
From the beginning of just '1 marker pen' investment, we have gained more share and investment from brand to develop the total campaign asset such as online film, print, in store media to raise more awareness about this campaign.
So the Brand has won, Agency has won, Country has won, People has won and the Global environment has won from this campaign.
WHAT HAPPEN WHEN THAIS DIDN’T ASK FOR NEW PLASTIC BAG SO FAR

30 Billion new plastic bags were reduced
225K Tons/Year amount of waste that must be disposed which
we can reduced 985k Sq. Meters area was brought back from the plastic waste

The Break Up Bag