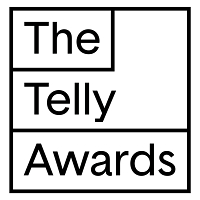 Also, for the first time ever, The Telly Awards has crowned a Telly Company of the Year: CBS Interactive – recognizing years of achievement across platforms with video content from its many properties like Chowhound, The Late Show With Stephen Colbert, and CNET who created the widely shared video “Mark Zuckerberg explains the internet to old people”. Their commitment to creating great work, online and off, truly embodies the full breadth of platforms and screens the Tellys honor.

This year’s winners not only represent a further broadening of the online landscape to embrace more documentary, scripted and even episodic pieces, but an increased focus on Branded Content and innovative new platforms like VR and Social Streaming.

“We spend a lot of time listening to the creative community and our industry to better understand where the opportunities are for storytelling, and Social and Branded Content rose head and shoulders above the rest,” said Telly’s managing director Sabrina Dridje. “CBS Interactive especially should be commended for its approach to social and online video. These are areas that take a specific set of skills to produce great work, and as an organization honoring video and television content, spotlighting their efforts is fundamental to our mission.”

The Telly Awards has been a Contributor since 30th October 2019.