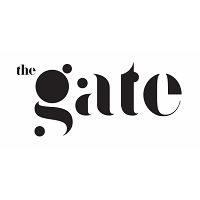 For 38 years Honey Monster has been an icon of British advertising. Originally created by advertising legend John Webster, his character was then subsequently re-interpreted through the decades by various agencies - from childish charmer to cuddly celebrity to comedy clown.

By 2014 he cut a rather forlorn figure. Like a once great seventies footballer, he was now wallowing in the lower leagues of public consciousness. Fame is a hard mountain to climb again when you’ve fallen out of the limelight, particularly against a backdrop of the whole breakfast cereal category in steep decline.

Nostalgia is a powerful emotion, but it doesn’t necessarily drive sales. Brand owner Halo Foods knew that Honey Monster & Sugar Puffs needed to change if he was to be relevant and fighting fit for 2015.

We pitched the idea that Honey Monster had finally grown up – monster adolescence being longer than most. Honey Monster needed to appeal to the child in everyone; but to laugh with, rather than laugh at. So he evolved from King of Clumsiness to Creator of Mischief. Fun, but on a monster scale. Fun that was outdoors (where a monster should be.) Fun that unites. Fun monsterfied.”

Honey Monster would be more athletic and he’d bring to life giant outdoor games that would have the child in everyone wanting to run and join in. These outdoor games were designed to transcend from film to experiential, allowing greater participation beyond the film.

Inspired by Spike Jones’s “Where the Wild Things Are”, we enlisted director Alex Turner to deliver a commercial that was more epic feature film trailer than Honey Monster’s previous cartoon capers.

Accompanying the action, Honey Monster delivers a philosophical ode to fun, revealing a more thoughtful side of his grown up character. One that understands what it is to feel like you don’t fit in, but that encourages children to celebrate their individuality regardless. The Royal Philharmonic orchestra provided the suitably monsterfied film score for the first outing.

Honey Monster for 2015 is a more responsible, active, outdoor character.

At the same time as developing the film with The Gate, Halo Foods has undertaken a comprehensive transformation of the brand – not only changing the formulation of the product to include more delicious honey and less sugar, but also changing its name to ‘Honey Monster Puffs’ to bring the cereal more closely in line with the iconic character. New packaging, website and social media activity, together with on-pack promotions and national Honey Monster appearances and promotions are all planned as part of the campaign.

From talking to consumers, it was very clear just how much fondness and nostalgia there was towards the Honey Monster. The challenge for us has been to bring him out of the shadows and to introduce the Honey Monster to a whole new generation.

Making the Honey Monster the hero of the re-branding provides us with a platform for future innovation, and with updated on-pack messaging including traffic light nutritional information the brand is now ready for a really exciting phase in its development.

The initial reaction to the rebrand from the Trade has been fantastic with new packs now going on to shelves across the country, just in time for the Honey Monster’s reappearance on TV.

Add yourself to this project
Project featured: on 3rd March 2015