First, let’s address the pink elephant in the room and say: yes, things have obviously come a long way since Stonewall, and no, in an ideal world, being an LGBT+ BOGOF creative team wouldn’t be noteworthy.

But this isn’t an ideal world and adland isn’t as open-minded as it likes to think it is. Something we’re sure our fellow LGBT+ adlanders, people of colour and female peers would attest to.

As you might hope, most of our experience as a gay team have actually been uneventful, but you’re never really far from being reminded of your “otherness”. It just arrives in microaggressions and ignorant but-I-didn’t-mean-it-like-that-stop-being-so-sensitive comments.

Sometimes, it’s relatively harmless stereotyping. For example, we were at an agency that had a juicy football-related brief, which coincidentally managed to skip every creative team with gay and/or female members and land on only the lads’ desks.

Naturally, everyone got a shot on the Pride brief, because understanding the LGBT+ experience is much easier than the offside rule.

At other times, situations are more awkward and involve problematic client comments going unchallenged by your agency because they don’t want to “cause a fuss”. Once, we were told a scene was already controversial enough (due to a cheeky joke), so including a same-sex couple was deemed “too far”. 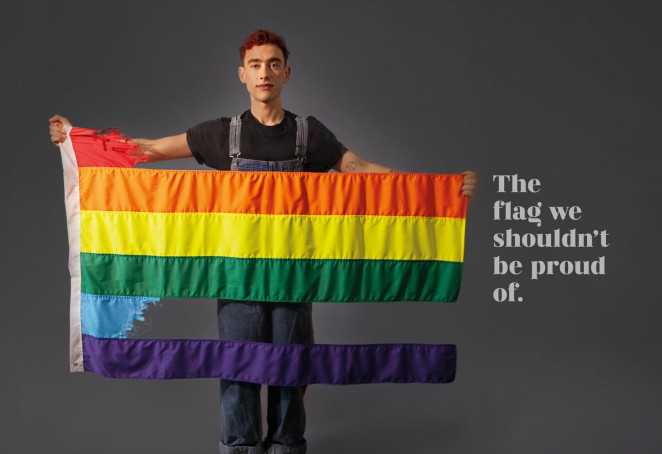 You’re never really far from being reminded of your “otherness”

Another instance was being told that we couldn’t do an ad featuring two dads with their kids in the forest, because it might be seen as “a bit dodgy”. Upon complaining, we were taken aside and dissuaded because we “wouldn’t want to bother the CEO over this, right?”.

Over the years, it has become a bit of a game for us to see the inventive excuses people can come up with — and they almost always do — to avoid LGBT+ representation in their ads. “Do gay people ride tandems?” is a personal favourite.

We have been at agencies where there were genuinely uncomfortable moments. Where slurs, crude jokes, lispy impressions and wildly ignorant comments were thrown around as either banter or casual conversation.

Frankly, we don’t feel comfortable airing that dirty laundry quite yet. Maybe when we’re big-wig creative directors with serious-faced photos of us plastered over Campaign, but for now, we would rather not risk getting blacklisted. Which, we suppose, furthers our point.

Many seem to feel inclusivity ends at an invitation

The general problem, we’ve found, is that many seem to feel inclusivity ends at an invitation. That it’s simply working your way down a list of increasingly marginalised groups without really considering why they weren’t part of “the club” in the first place, or what it might feel like to be kept outside waiting. It makes it easy to carry on with an unchallenged way of thinking and it takes those challenges to encourage all of us to empathise with experiences different from our own and create a truly inclusive environment. 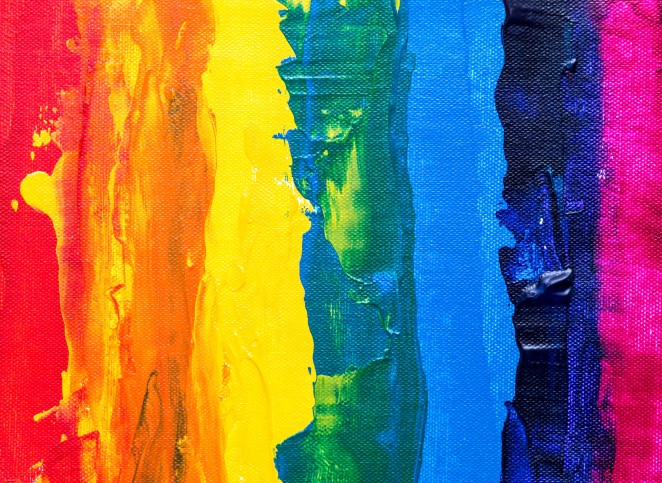 So, this Pride month, reach out to your LGBT+ friends and colleagues and chat about their experiences — the positive, and the negative, to figure out what can be done to improve the workplace for everyone. And, with that, in the words of our Lord and saviour RuPaul: good luck, and don’t fuck it up.

There are even less black creative folk in adland. That was the immediate thing I noticed upon stepping into a creative dept in the 90s and not so much different now. I found it surprising not just from a potential racist point of view, yet how oddly impractical it seemed not having a good diverse spread of heads to have ideas that better represented the nation. Indeed this lack of representation included gay folk, but also more starkly women (who out populate the LGBT community). There is a level of boisterous behaviour and humour that has helped fuel a survivalist sense of defiance to weather odd clients, fickle funding and fucked up deadlines, yet this devil may care attitude has also risked and ultimately practiced a very exclusive and somewhat bigoted front. However there was never any excuse for its lack of colour -as by its own wacky rationale Advertising could never risk being bland. While it might not be obvious who is and who isn’t gay -there should no doubt how mighty white it is in advertising.