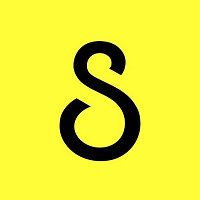 Having first worked with the British Council on a series on the topic of fashion in 2018, we were excited to be working with them once again on another documentary-led series. The brief was to create 6 episodes that took an in-depth look at a programme run by the British Council called ‘Crafting Futures’. This programme focuses on building a positive future by unlocking craft’s unique potential to inspire people around the globe, as well as celebrating the value of craft in our history, culture and world today.

Our brief was to bring this programme to life through film and to help the British Council celebrate craft and those who make by focusing on the act of making itself.

The aim was to create 6 stand-alone films shot in the Philippines, Malaysia, Mexico, Romania, UK and Thailand, each focusing on one artist in that region. The British Council were looking for all films to be in documentary format and explore a visually led, cinematic approach, focussing on the artist in their creative setting and for each artist to explain via VO 'why they make' as they were making their pieces.

We shared the brief on our platform, Even Smaller, which hosts a global network of over 17,000 creatives and we invited our community to submit their portfolios. From the submissions we shortlisted a number of crews and then worked with the British Council to make a final selection.

This process allowed us to find 6 videographers and crews, with each one being based in the country where filming was taking place. Once the crews were contracted we then arranged each shoot remotely.

The six, 3-minute films were published on British Council’s website and social media channels between June and August 2020.

The series tells the story of craft through its makers, focusing on 6 contributors selected by the British Council, consisting of a paper artist, based in Philippines, two textiles artists in Mexico and Malaysia, a glassblower in the UK and a jewellery designer in Romania.

Overall the series of short films received over 10k organic views across Facebook, Instagram, Twitter and YouTube. As every shoot involved a local crew and we produced the series remotely, this allowed us to remain within budget whilst simultaneously working in a more environmentally-friendly way.

Back to Crafting Futures project